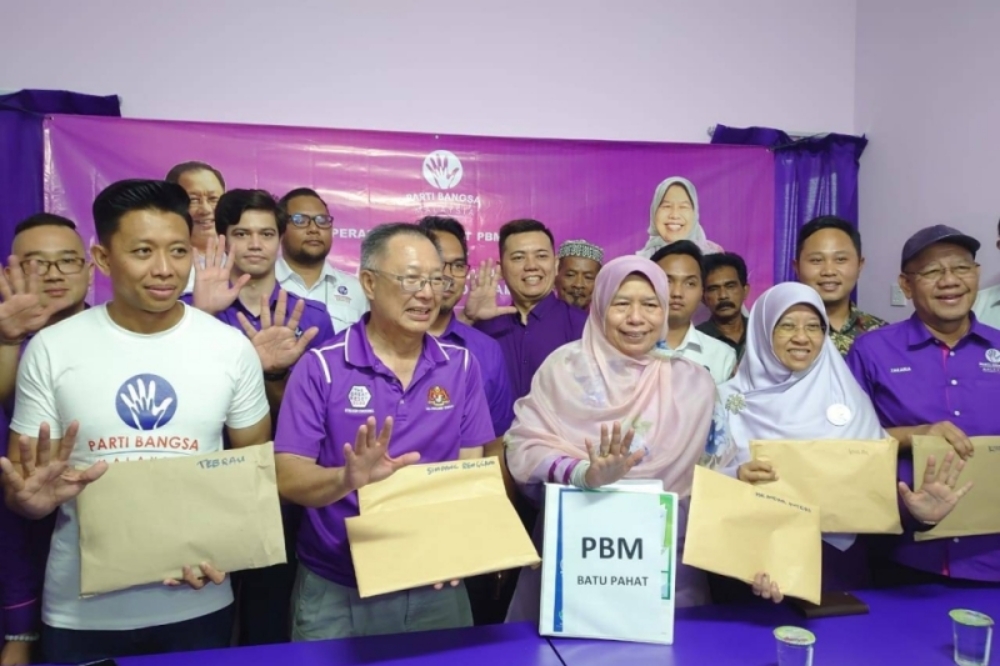 However, the PBM president-designate would not identify them other than to say they were all incumbents.

“Insha’Allah, they will stand as candidates for PBM’s 14 targeted seats that we will contest in.

“As I have stated earlier, PBM will contest in seven parliamentary and seven state constituencies for the upcoming national polls,” said Zuraida after opening PBM’s Johor chapter office in Taman Daya here today.

Present at the event was the party’s vice-president and Johor chapter chief Steven Choong Shiau Yoon, who is also the Tebrau MP.

Zuraida, who is also the Ampang MP, said the addition of the three MPs would give PBM a total of seven.

For the state level, she said PBM now has five assemblymen under the party, with three from Perak and two from Selangor, and the addition of two more will bring the total to seven.

Aside from Zuraida and Choong, PBM’s other MPs were Larry Sng (Julau) and Datuk Mohamaddin Ketapi (Silam).

For its state seats, three are from the Perak state seats of Buntong (A Sivasubramaniam), Tronoh (Paul Yong Choo Kiong) and Malim Nawar (Leong Cheok Keng), while those Selangor are Lembah Jaya (Haniza Mohamed Talha) and Sementa (Dr Daroyah Alwi).

On PBM’s latest membership figures, Zuraida claimed the party has more than 40,000 members from 177 registered divisions.

“Although we are still a new party, we are stronger than other existing political parties,” she said after receiving 4,500 new membership applications earlier.

The plantation industries and commodities minister said the time has come for all Malaysians to be recognised by their Malaysian identity, and not by their racial background.

“This is PBM’s unique point where it is led by a multi-racial community.

“At the same time, the party’s leadership also consists members from all age groups, from young to old, making it a factor that strengthens the party.

In February 2020, 11 PKR MPs quit their party and gave their support Tan Sri Muhyiddin Yassin to be prime minister, triggering what was known as the “Sheraton Move”.

Led by Datuk Seri Mohamed Azmin Ali and Zuraida, most joined Bersatu until May this year when several of them left for PBM.

However, Mohamed Azmin is still with Bersatu, despite rumours that he will leave. – Malay Mail