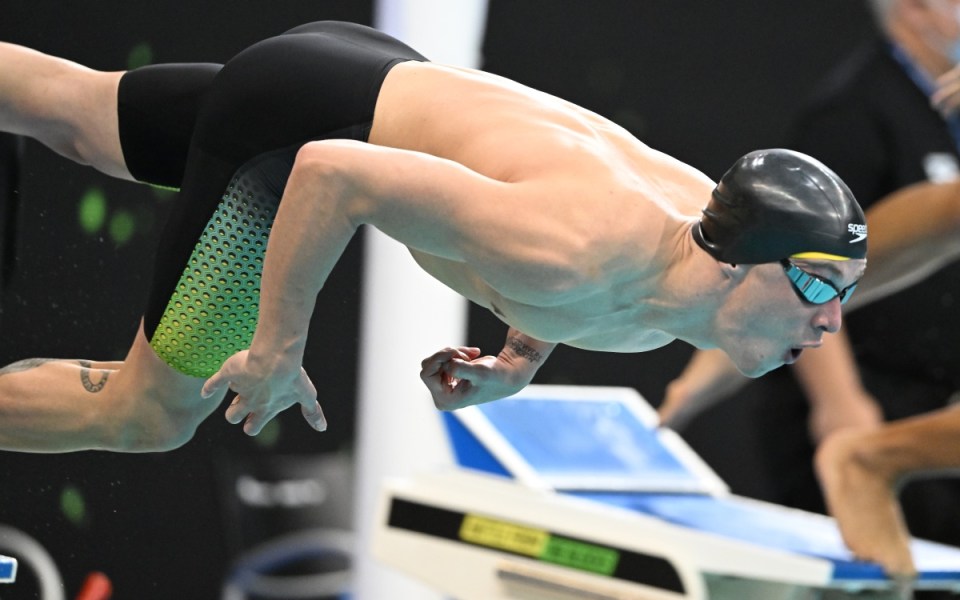 Australia’s Zac Stubblety-Cook has set a world record for the 200m breaststroke at the national championships in Adelaide.

His time bettered the previous world benchmark of 2:06.12 set by Russian Anton Chupkov in 2019.

Stubblety-Cook’s 200m breaststroke triumph at last year’s Tokyo Olympics was overshadowed by the multiple gold-medal winning feats of the likes of Emma McKeon and Kaylee McKeown.

The Brisbane-born athlete who cites being curious, driven and stubborn as his top-three character traits had pondered breaking the world record in his pet event.

But it wasn’t a burning motivation.

“It will probably sink in over the next few days.

But while he’d fleetingly thought of breaking the world record, he said it wasn’t on his radar entering the Adelaide meet.

“I had thought about it … but I never have been like ‘yes, that’s it, I want to break the world record’,” he said.

“It happened obviously … but I didn’t think we were going that fast.”

Stubblety-Cook’s benchmark came on a night when Kyle Chalmers signalled a backflip that will deny pop star Cody Simpson an international swimming debut at the looming world titles.

Chalmers had announced he won’t swim at next month’s worlds in Budapest.

His likely change of mind will prevent Simpson from making his Australian debut at the world titles.

The top two in each final at the nationals earn selection for the worlds, with the top three securing a Commonwealth Games berth.

With no Chalmers, selectors were expected to pick Simpson for the 100-metre ‘fly at the worlds. But with Chalmers, Simpson will be squeezed out.

“You can’t make me out to be the villain,” Chalmers said after his 50-metre ‘fly victory on Thursday night.

“For me, it’s unfortunate it probably takes Cody’s spot away.”

Simpson remains assured of selection for the Commonwealth Games in July-August.