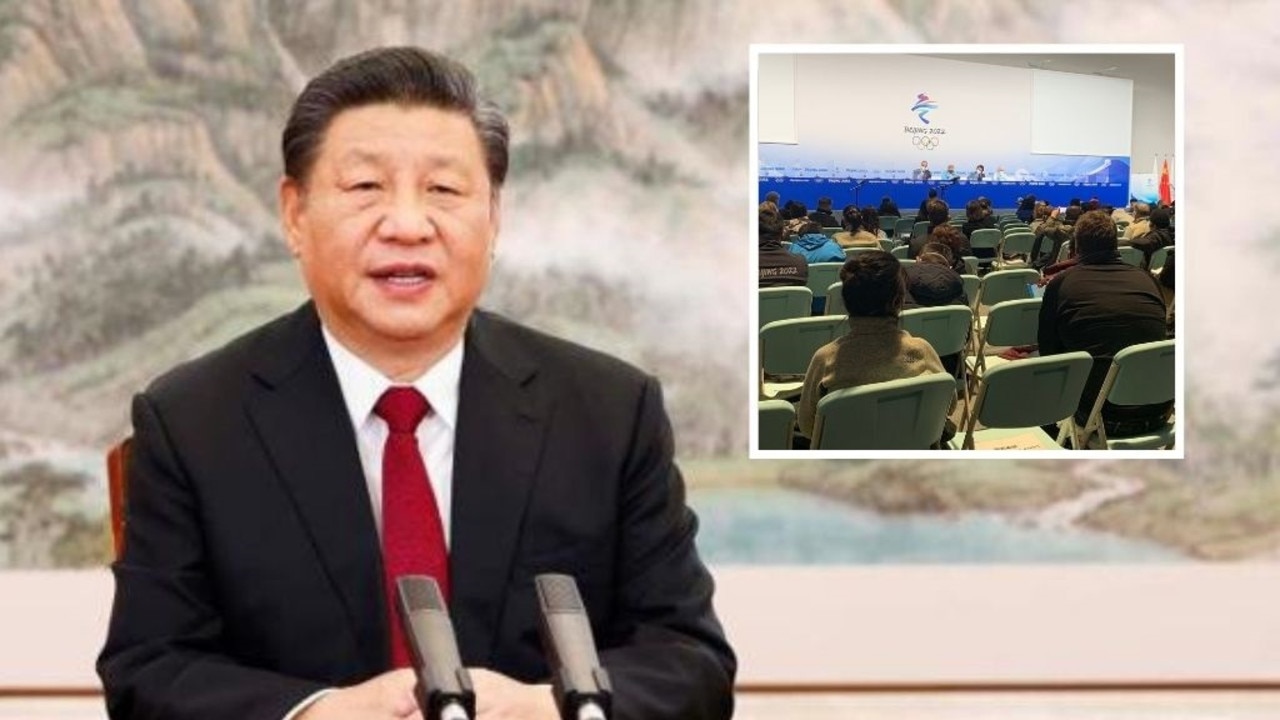 The start of Beijing’s Winter Olympics has been overshadowed by continued questions around topics China wants everyone to ignore.

Thomas Bach will meet Peng Shuai at the Beijing Winter Olympics to assess her “physical integrity and her mental state”, the International Olympic Committee chief said at a press conference overnight, as controversy dogged the Games right up to the eve of the opening ceremony.

Bach said the International Olympic Committee would support an inquiry into the tennis star’s allegation of sexual assault against a top-ranking Chinese politician — if she calls for one.

The lead-up to the Beijing Olympics, which open on Friday with a ceremony at the “Bird’s Nest” stadium, have been overshadowed by human rights concerns, the Covid pandemic and even fears about Chinese government snooping of athletes.

Peng, a former grand slam champion doubles player, has also been a major talking point after she alleged on Chinese social media in November that former vice-premier Zhang Gaoli had forced her into sex during an on-off relationship.

It was the first time that the #MeToo movement had touched China’s ruling Communist Party.

The allegation was swiftly scrubbed from China’s tightly controlled internet and Peng was not heard from for nearly three weeks, only to reappear in public and she later held a video call with Bach.

In December she denied ever making the allegation but it remains unclear how free and safe the three-time Olympian really is.

Bach did not say exactly when during the Games he will meet her, but said: “If she wants to have an inquiry, of course we would also support her in this. But it must be her decision. It’s her life, it’s her allegations.

“We have had the allegations and we have heard the withdrawal.

“We will have this personal meeting and there we will continue this conversation and then we will know better also about her physical integrity and her mental state when we can finally meet in person.

“It is not only a sign of respect, it is a necessity, to respect her, to listen to her and how she sees the situation, how she wants to live her life.

“This is what step by step we are trying to find out.”

Liza Lin, the China correspondent for the Wall Street Journal, tweeted a photo of the press conference and outlined how the opening to the Games has been derailed by other topics, including Rule 50 of the Olympic charter — which relates to athletes being banned from engaging in any form of protest and will be upheld in Beijing after much debate.

The New York Times reports Peng Shuai was such a sensitive topic, an interpreter at the press conference did not mention her name when relaying a question from a journalist.

China hopes the Olympics will be a soft-power triumph but there are other controversies, among them the environmental impact of a Games taking place in one of the driest regions of the country and relying almost entirely on man-made snow.

The United States, Britain, Canada and Australia are among countries staging a diplomatic boycott over human rights, with the fate of China’s Muslim Uyghur minority of particular concern.

Washington accuses China of perpetrating genocide in the region of Xinjiang. China warned that the US would “pay the price” for its diplomatic boycott.

Athletes of the boycotting countries will compete at the Games, which run until February 20, but a US rights monitor sounded the alarm over athletes’ safety after the hosts threatened “punishment” for anti-Beijing comments.

Fearing surveillance, some Western nations have told their athletes to leave their personal devices at home and use temporary burner phones.

There are signs that China is tightening the noose on anyone daring to spoil the party, with human rights activists and some academics having their WeChat messaging app accounts restricted in recent weeks.