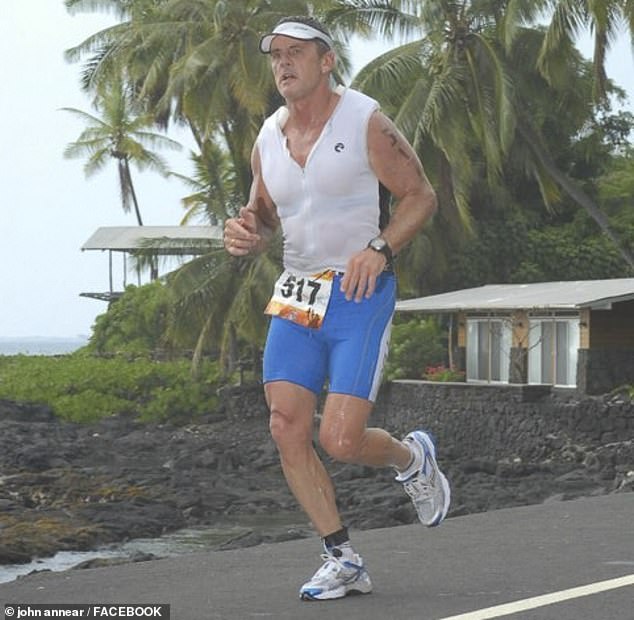 West Coast Eagles star cheated death after floating face-down in the ocean for four minutes when surfing trip went horribly wrong: ‘There were no signs of life’

Former Collingwood, Richmond and inaugural West Coast Eagles AFL player John Annear is lucky to be alive after he was smashed into a reef and left face-down in the ocean for four minutes during a surfing trip gone wrong.

In the end, only Annear’s fitness and a series of fortunate events left him alive to tell the story.

The 61-year-old was away on a surfing trip to the Cocos Keeling Islands, 2750km northwest of Perth in the Indian Ocean with long-time friends medical doctor Gerard Taylor and veterinarian Greg Wilkinson when disaster struck.

Annear was caught by himself in an awkward place on a reef with rising waves pitching around him. One picked him up and dumped him onto the reef, leaving him with a broken nose and ribs.

It took his friends around four minutes to reach Annear and when they finally got to him, he had no vital signs or pulse. He was face-down in the surf and his lungs were filled with salt water.

‘It just picked him up and drilled him straight into the reef,’ Wilkinson told The West.

‘He was like a turtle, you could just see his back floating.

‘It felt like forever trying to get to him, but it was at least four minutes.

‘We thought he was dead. There was no signs, no respiratory effort, nothing.’

Fortunately for Annear, two variables would ultimately save his life – the length of his surfboard and the depth of the water.

Because he was surfing on a longboard and the water was waist deep, his friends were able to create a makeshift platform to perform CPR.

Even then, it was only the physical fitness of Annear that enabled him to be revived.

‘With each massive diaphragmatic effort and with froth and foam coming out, we thought we had a chance,’ Wilkinson said.

‘An unfit person would have run out of puff. We were talking to him the whole way telling him to take big breaths and to think of Chris [his wife] and the boys.’

‘I’m just so grateful because it may not have turned out this way, and so grateful to be able to recommence my life again after something like that,’ Annear said.

‘But I’m home and now I’ve just got a long time to start getting these lungs going again. It’s just a thank you, thank you to all those links in the chain that enabled me to walk out of Royal Perth.’