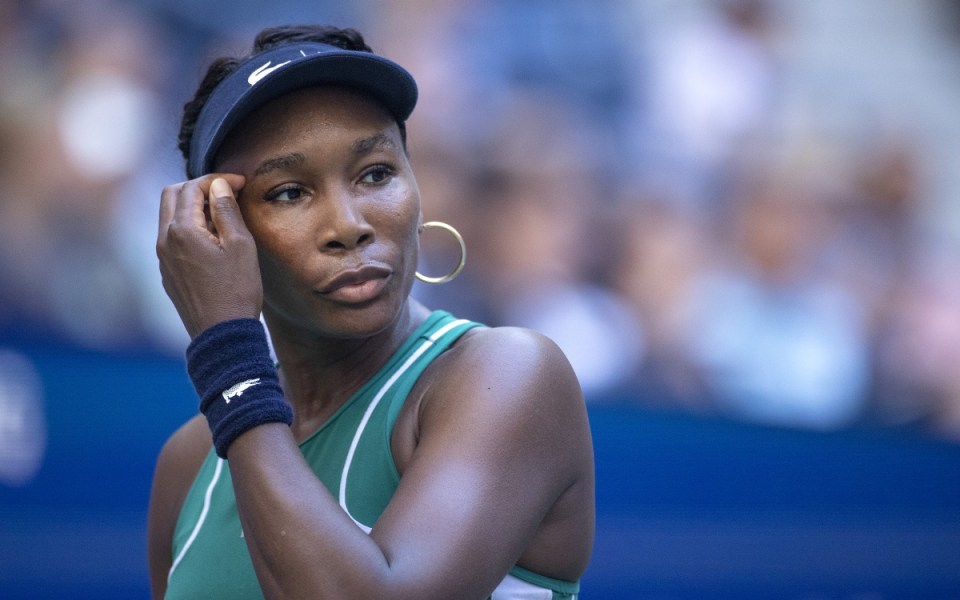 Venus Williams kept her thoughts on her tennis future to herself after losing in the opening round of the US Open in New York.

Williams is now ranked down at 1504 and has won only one match since the Australian Open in January 2021, but she declined to say whether she will be following sister Serena into retirement after this tournament.

Broadcasters had been informed there would be a ceremony on court after the 42-year-old’s match against Belgium’s Alison Van Uytvanck but, after losing 6-1 7-6 (7-5), the American swiftly picked up her bag and headed off Arthur Ashe Stadium.

The sisters will play doubles together at a grand slam for the first time since 2018 as Serena makes the most of her farewell event at Flushing Meadows.

Together they have won 14 slam titles, winning every final they have contested, and Venus said: “It was Serena’s idea. She’s the boss, so I do whatever she tells me to do. We have had some great wins. It would be nice to add some more.”

Serena was honoured before and after her first-round victory over Danka Kovinic on Monday night amid an electric atmosphere.

“I definitely watched it,” Venus said.

“I wanted to be there, but I had obviously an early start today. It’s never easy the first round. Definitely was an exciting evening. Obviously my hope is that there is more ahead for her at this tournament.

“I think she’s had some time to process it, and she’s doing it the way she wants to. That’s what matters most is to do things on her own terms.”