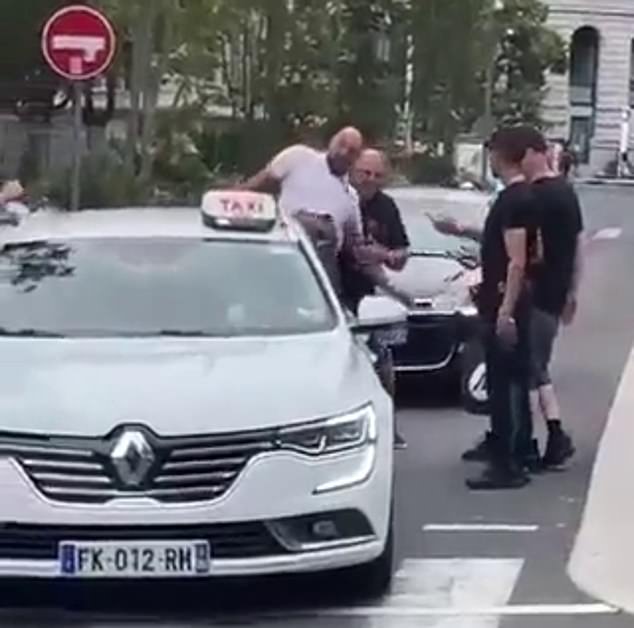 Swaying Tyson Fury struggles to stand as he KICKS OUT at a taxi that refused to give him a ride on a boozy holiday in Cannes, after having ‘too many to drink’ with his father on a day out on a yacht

By Kishan Vaghela For Mailonline

Tyson Fury appeared to kick out at a taxi on Wednesday after being refused entry into the vehicle by the driver.

The reigning WBC heavyweight champion was in Cannes on holiday but a video appears to show the Gypsy King worse for wear.

The video appears to show Fury being held up upright by friends as well as father John before taking him towards the white taxi during daylight.

Fury, dressed in a white tee and shorts, leans against the car and attempts to open the locked back door.

But the driver appears to explain to his pals that he appears too drunk while sticking his hand out the window.

After several moments of his friends trying to convince the cabbie to take him – the driver pulls away.

Angry Fury then appears to kick the bumper of the Renault before his friends join in and also give it a boot.