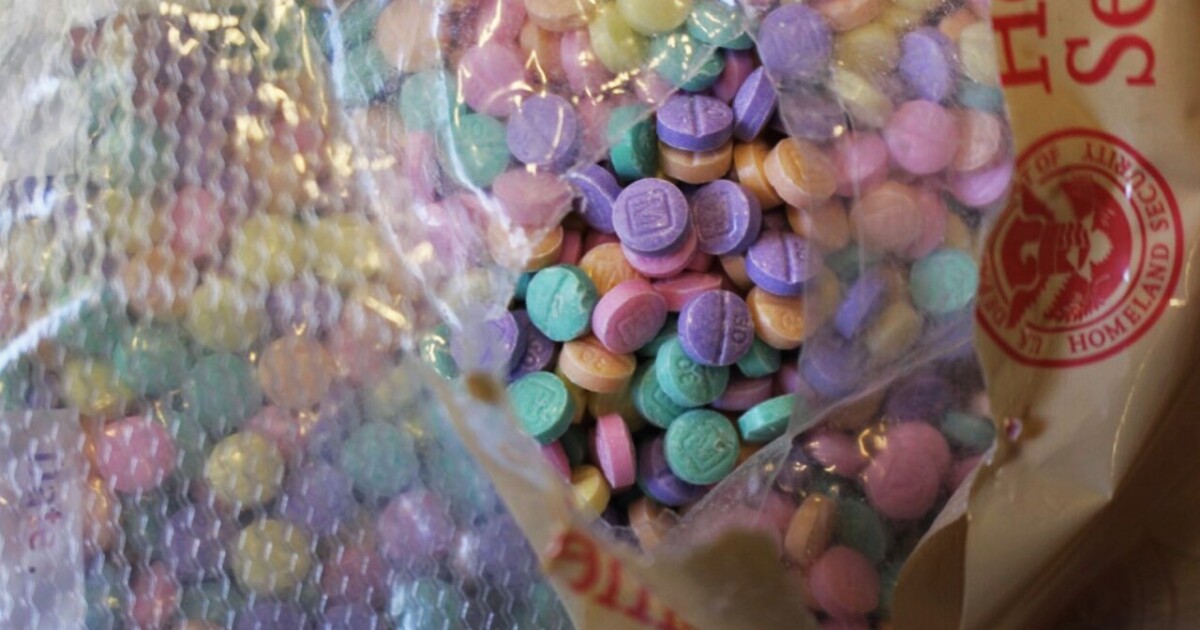 DEA officials fear the rainbow tablets are a direct attempt by drug cartels to drive up addiction of kids and young adults.

Fentanyl pills have always been made to look like oxycodone. Now, among the illegal shipments of the blue M-30 tablets from Mexico, are these colorful pills.

Customs and Border Protection is seeing the rainbow fentanyl pills at the Arizona ports of entry. That includes a recent seizure of more than 15,000 multi-colored pills at the Nogales Port of Entry.

“So it looks like candy,” Serrano said. “It’s very deceiving and could be quite dangerous obviously for kids.”

What Customs and Border Protection started seeing coming across the border just a few weeks ago is already being seen on the streets of Tucson. That has Tucson Police very concerned because they’re designed to appeal to a younger crowd.

“It’s just another notch up in what cartels are trying to do to make money and it puts more and more children at risk,” said Tucson Police Captain John Leavitt. “If you see a bag of these colored pills, it’s appealing. It’s the kind of that instinctively makes you want to grab a handful. So it’s very dangerous and it’s the biggest threat that we have today.”

Leavitt is not only a captain with Tucson Police, but also commander of Pima County’s Counter Narcotics Alliance.

He says local law enforcement has already seized thousands of these colorful fentanyl pills and made several arrests.

But he says reducing the demand will be key to ending this opioid crisis. That means getting help for those addicted to synthetic opioids like fentanyl.

“Drug treatment is available, it’s effective and it’s affordable. You can walk into the CODAC Center of Excellence at 380 E. Fort Lowell today, and you can get treatment.”

The DEA says in just a few short weeks, these rainbow fentanyl pills have now been seized in 18-states.

CODAC 24/7 Medication Assisted Treatment for Heroin & Other Opioid Use

——-
Pat Parris is an anchor and reporter for KGUN 9. He is a graduate of Sabino High School where he was the 1982 high school state track champion in the 800 meters. While in high school and college, he worked part-time in the KGUN 9 newsroom. Share your story ideas and important issues with Pat by emailing pat.parris@kgun9.com or by connecting on Facebook, Twitter, and Instagram.