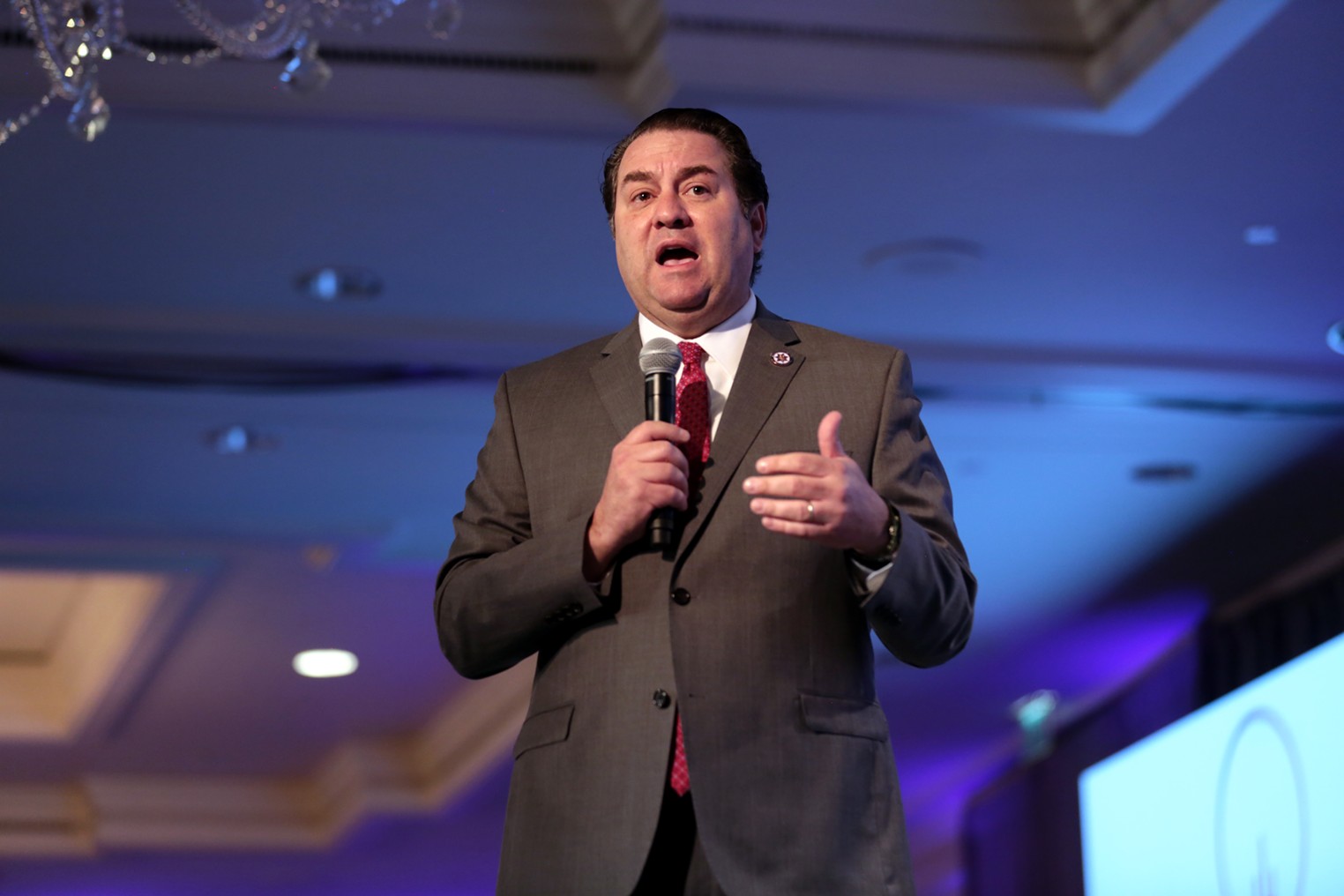 The former president released a scathing statement Monday, apparently frustrated that Brnovich had not taken further action on the 2020 election. Brnovich’s efforts to make a show of his action on “election integrity” as attorney general did not impress the man from Mar-a-Lago.

Trump wrote the Brnovich “was given massive information on the fraud and so-called ‘irregularities’ that took place in the 2020 Presidential Election.” There is no evidence of mass fraud in the 2020 election results, in Maricopa County or elsewhere.

“Rather than go after the people that committed these election crimes, it looks like he is just going to ‘kick the can down the road’ and stay in that middle path of non-controversy,” Trump said.

Trump wrote that he will be making an endorsement in Arizona’s Senate race “in the not too distant future.”

Brnovich is among several Republican candidates who are vying to unseat Democratic Senator Mark Kelly. In 2020, the former astronaut and businessman won his U.S. Senate race in a special election, flipping the seat from Republican-held to Democrat by defeating appointed incumbent Martha McSally.

So far, polls have not shown any clear frontrunner, with many voters reporting they are still undecided.

But according to Federal Election Commission data, Brnovich is lagging far behind some competitors in raising political funds.

So far, Lamon has raised the most money out of the Republican candidates, reporting $13.8 million so far this election cycle. Masters netted $3.8 million, while Brnovich took in $2.5 million.

In the first three months of this year, Brnovich posted $737,000, compared to Masters’ $1.2 million, and  $5.3 million for Lamon, though most of the latter candidate’s total campaign funds last year came from his bank account.

All are overshadowed, though, by Kelly’s fundraising: $38.9 million so far, including $11 million in just the first three months of 2022.

Still, the race is expected to be highly competitive — and for the GOP candidates, an endorsement from Trump is desirable.

“It’s significant,” said Chuck Coughlin, a political analyst and president of HighGround Inc., a largely Republican political consulting company. “The former president’s approval rating among Republican primary voters is still well north of 50 percent. And that’s, of course, all you need to win a Republican primary.”

Still, Coughlin said the focus on “election integrity” might carry a candidate through a primary — and come back to haunt them in the general election.

“If it becomes the currency of a primary, our argument is it always debilitates that candidate in the general election,” he said.

Brnovich has played to the pro-Trump, “Stop-the-Steal” crowd in recent weeks. On April 6, his office released an initial report on its investigation into allegations of election fraud in Maricopa County. It said it found “serious vulnerabilities” in some of the county’s election procedures, citing issues with ballot transportation and signature verification. The county says these claims are speculative, and there is no concrete evidence of wrongdoing.

But Brnovich stopped short of alleging that any crimes were committed, at least in this initial report. Instead, he emphasized some of his office’s other work on litigation over election issues. Then, he used the report in campaign materials he sent to supporters, asking them to contribute to his Senate campaign.

It was a change of tune from 2020, when Brnovich was far more dismissive of Trump’s claims that he won the election. There was “no evidence” of any fraud, he said at the time.

The report, though, did not please many of Arizona’s most vocal election deniers, who have been calling for Brnovich to prosecute election officials. “Thank you for nothing Brno,” Wendy Rogers, a Republican State Senator, wrote on Telegram after the report was issued.

Rogers was one of various Arizona Republicans who appeared at Trump’s rally in Florence in January. Brnovich was not invited to speak, and that night, Trump spoke favorably of Masters’ candidacy.

It seems like the report didn’t appease Trump, either.

That can’t be good news for a candidate who, just earlier this year, was posting photos of himself with the former president and saying his campaign was part of “Team Trump.”

“Are you really going to IGNORE President Trump?” Brnovich wrote in a Facebook advertisement in January. “We thought he could count on you.”