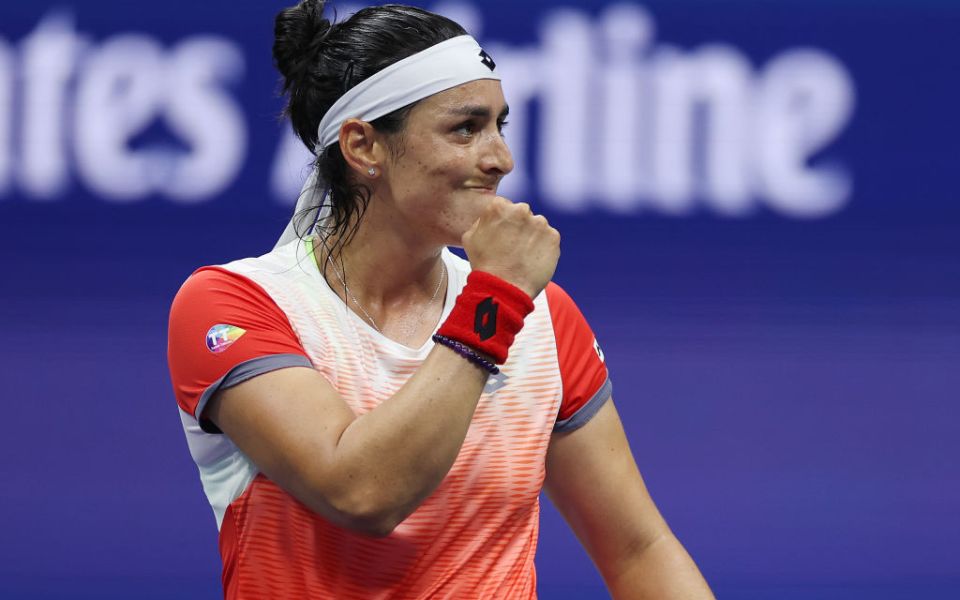 Australian Ajla Tomljanovic has narrowly missed a chance to advance to the semifinals of the US Open after fighting back in the second set of her quarterfinal against Tunisia’s Ons Jabeur.

Jabeur took the first set 6-4. Then Tomljanovic powered back, forcing a tie break.

Jabeur is the first African woman through to the semifinal.

Tomljanovic was given a standing ovation as she left the court in New York.

“I was lucky she double-faulted.

“I believe I can make it another time [a Grand Slam final].”

Had she advanced, Tomljanovic would have been the first Australian woman through to the semifinals at Flushing Meadows since Sam Stosur won the title in 2011.

Ash Barty – who Tomljanovic replaced as Australia’s top-ranked women’s player after the Queenslander retired earlier this year – has never advanced beyond the fourth round in New York.

After having never made a grand slam quarterfinal in her first decade on tour, the 29-year-old Tomljanovic made three in the past 14 months, including the past two Wimbledon quarters.

Wednesday’s match is the first US Open quarterfinal for an Australian woman since Stosur in 2012.

Jabeur will play either American teenage sensation Coco Gauff or Frenchwoman Caroline Garcia on Friday for a spot in the final.

“I probably will watch a bit and I hope that they play for five or six hours and kill each other a little bit,” Jabeur said.

“I will wait for the winner.”

Regardless of the result, Tomljanovic has already cemented her place in history at this tournament. She defeated Serena Williams in the third round on Saturday, effectively ending the tennis legend’s storied career.

Tomljanovic had lost both her previous meetings with fifth-seed Jabeur, but both were on clay and one of them 10 years ago.

The next match to watch out for on Wednesday morning is Nick Kyrgios who is coming up against Russian Karen Khachanov for a chance at a semi-final berth.

With rain forcing some delays, play will likely take place after 10.15am (AEST).

Kyrgios was propelled to a US Open title favourite Tuesday when 22-time grand-slam winner Rafael Nadal was knocked out in the fourth round.

The Canberran defeated world No 1 Danill Medvedev on Monday and is playing some of the best tennis of his career.

While the on-court antics are still there – Kyrgios has already been fined twice this tournament for his indiscretions – also apparent is a focus and maturity absent in some previous matches.

His apparent transformation prompted praise from John McEnroe, himself a tennis super-brat and vocal critic of Kyrgios.

McEnroe once lashed the Australian for being a “bonehead” and a “clown”. Early Wednesday morning, he hailed Kyrgios a coachless “genius”.

“I am on a high, to see him be this professional,” McEnroe told Eurosport at Flushing Meadows.

“He’s 27 and potentially there are a bunch of years where he can do his thing, and boy did he do it last night.

“The guy is a genius on the court. He doesn’t need a coach, he did an unbelievable job tactically.

“He played a lot of matches where he wasn’t giving it his all and now you see what he is capable of when he does, when he trains, when he is in shape. The guy is phenomenal.”

If Kyrgios can make it through, he will come up against Norway’s world No 7 Casper Ruud on Friday morning (Australian time) for a chance to claim an elusive maiden major.

“If he plays like he did on Sunday night, he is going to win the tournament,” McEnroe said.

Nadal’s loss makes this the first US Open without either of the top two seeded men reaching the quarterfinals since 2000, when No.1 Andre Agassi exited in the second round and No.2 Gustavo Kuerten in the first.

“With the departure of Rafa Nadal, this tournament opens up incredibly. Opportunities galore for the rest of the field now,” he said.