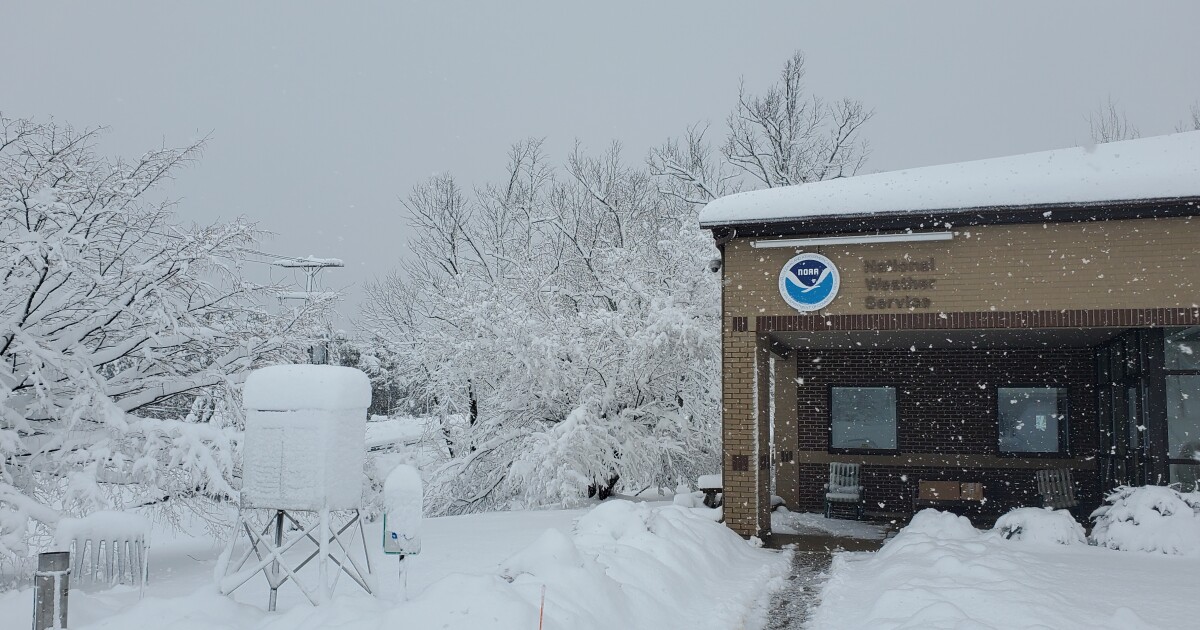 Parts of Pennsylvania and New York are dealing with a foot of snow. Binghamton, New York reported 14.5 inches of snow as of 10 a.m. on Tuesday.

It’s a winter wonderland…on April 19th! 14.2 inches of snow has fallen so far (as of 10AM) from this late season snowstorm here at the office! #NYwx #PAwx pic.twitter.com/DbzPfs4jsW

Thousands of customers across the Northeast are also without power. New York had more than 100,000 customers without power as of Tuesday morning, according to poweroutage.us.

Forecasters expect most of the snowfall to end by Wednesday. However, chilly temperatures and strong winds are expected to stick around.