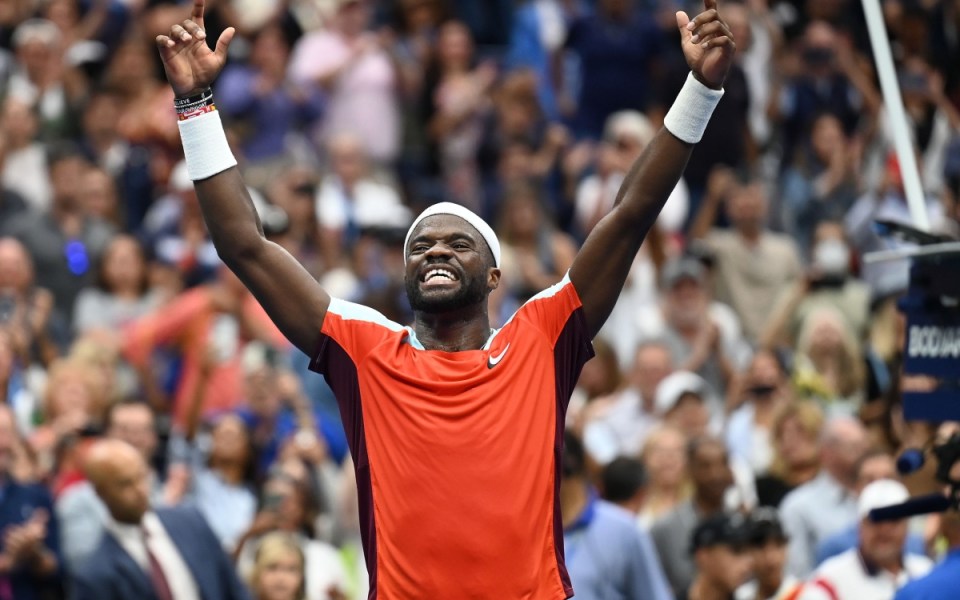 Frances Tiafoe has followed up his victory over Rafael Nadal by beating Andrey Rublev to become the first American man to reach the US Open semi-finals for 16 years.

Not since Andy Roddick in 2006 has a home player reached the last four in the men’s singles, and Tiafoe is attempting to become the first home champion since Roddick won his only slam title in 2003.

The 24-year-old pulled off the win of his life against Nadal in the fourth round but this was just as impressive, with Tiafoe keeping his composure while Russian Rublev became more and more frustrated to claim a 7-6 (7-3) 7-6 (7-0) 6-4 victory.

“This is wild, this is crazy,” said Tiafoe. “Biggest win of my life, coming out and getting another big win. It’s huge growth. It’s tough to turn a page but I did and now I’m in the semis.

“I feel so at home on courts like this. I want to play, I want to give my best. Let’s enjoy this one but we’ve got two more guys.”

American tennis has been desperate for its next male grand slam singles champion, and Tiafoe’s victory over Nadal was hailed as the biggest result for the home nation on the men’s side in New York since James Blake defeated the Spaniard back in 2005.

Tiafoe’s ebullient personality and embodiment of the American dream have made him a fan favourite and this fortnight has seen him find a winning balance between aggression and consistency.

The son of immigrants from Sierra Leone, Tiafoe picked up the sport at a tennis centre in Maryland where his father was the caretaker and where he used to sleep on the floor.

His family could not afford lessons or equipment but he played when he could and was taken under the wing of a coach who saw his potential and put him on the path to the professional game.

Tiafoe, who was sent a good luck message by the president of Sierra Leone, made Nadal look sluggish with his powerful ball-striking and willingness to come forward and he was terrific in the big moments against Rublev.

He saved a set point in the 12th game of the opening set before playing two superb tie-breaks, especially the second one, where he did not lose a point.

When Tiafoe broke serve to lead 4-3 in the third set, Rublev was virtually in tears, and the Russian, for whom this was a sixth grand slam quarter-final defeat, continued to berate himself.

Tiafoe kept his nerve superbly, saving a break point in the next game with the deftest of volleys before serving out the victory.