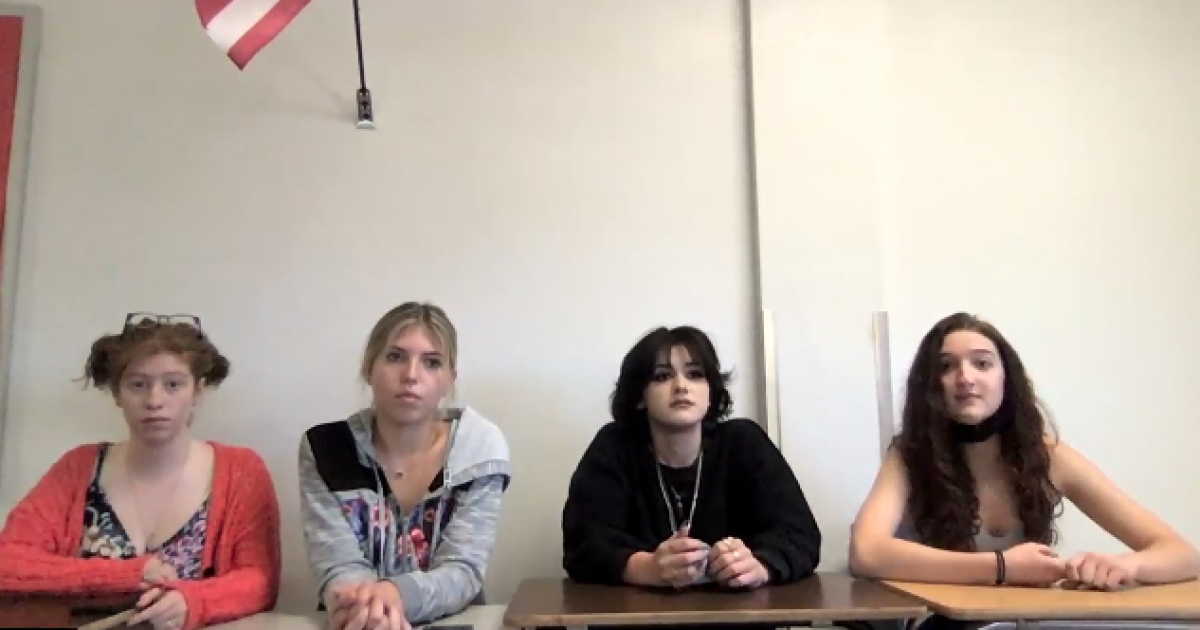 The walkout is in response to the leaked U.S. Supreme Court draft opinion that could overturn Roe v. Wade. News of the opinion sparked a group of teen girls who decided to organize a school walkout in protest.

“I was livid. I was sitting there and I couldn’t focus on anything I was doing,” Sophia said. “And I was mad and I wanted to do something about it.”

“We don’t have a say, we don’t have power,” Chiara Mery, TUSD student said. “We like, I felt powerless.”

For many students the news prompted a conversation many of them felt couldn’t be talked about in schools.

“Teachers were worried about talking about it,” Mina Hicks, TUSD student said.

“We’ll be meeting at the [University of Arizona] to protest the draft decision to overturn Roe v. Wade,” said Lily McGrath, TUSD student. “Which will stop protecting abortions. So, I mean states can decide if abortion is illegal or not.”

While the teen girls aren’t able to vote, they hope to grab the attention of those who can.

“They have the political power, being adults,” Renee Marrero, TUSD student said. “And so we want to rally them up as well. Because you know, some of us can’t vote yet.”

KGUN 9 reached out to several districts that are expected to have students participate in Wednesday’s walkout.

TUSD Superintendent Dr. Gabriel Trujillo said his district, Southern Arizona’s largest, is anticipating around 300 students to walk out for this rally.

——-
Denelle Confair is an anchor and reporter for KGUN 9. Denelle is proud to call Southern Arizona home. It’s been her dream to tell your stories for the past decade. She is extremely curious and wants to continue to use her storytelling for the greater good.
Share your story ideas and important issues with Denelle by emailing denelle.confair@kgun9.com or by connecting on Facebook, and Twitter.