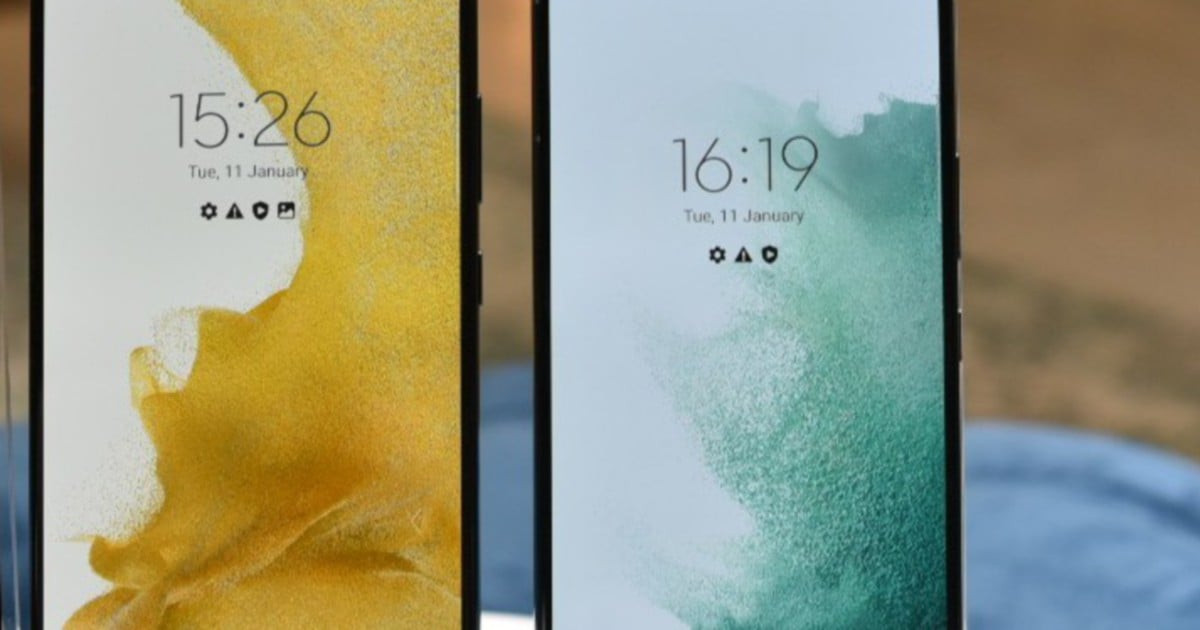 KUALA LUMPUR: The much-awaited Samsung Galaxy S22 phones are now here when Samsung lifted the curtain to reveal the Galaxy S22, and S22+ at an exclusive viewing event on Wednesday.

The two flagship devices offer dynamic cameras with advanced intelligent image processing to make every moment epic. Built with a bold, sustainably conscious design, both phones are designed to be both beautiful and environmentally conscious.

“Our smartphone cameras have transformed the way we create, share, and communicate. Through photos and videos, we express ourselves and connect with the people we care about,” said TM Roh, President and Head of Samsung Electronics’ MX (Mobile eXperience) Business. “That’s why we focused on designing our latest S series devices with groundbreaking camera capabilities that work day and night, powered by our best mobile performance yet,” he said.

If you love taking pictures with your phones, the new Galaxy S22 and S22+ will be your next best companion. Both devices are designed to deliver next-level camera experiences, to enable people can connect and share wherever they are.

The phones feature 23 per cent larger sensor than S21 and S21+ and Adaptive Pixel technology. So this will let in more light, draw out details, and capture colours that make your content pop, even in the dark.

Besides that, both Galaxy S22 and S22+ are built with a powerful 50MP main camera, 10MP tele-lens, and 12MP ultra-wide lens.

There is also a new Auto Framing feature that detects and tracks up to 10 people and automatically adjusts the camera’s focus, so your camera captures everyone clearly. Both devices are powered by advanced VDIS technology which minimises vibrations, so you get smooth, sharp footage even when you’re on the move.

The Galaxy S22 and S22+ are also equipped with Samsung’s latest AI technology that takes your photos to the next level.

This would enable users to take better Portrait mode photos with the new AI Stereo Depth Map, and your subjects will look better than ever with even the smallest details appearing crisp and clear thanks to a sophisticated AI algorithm.

Samsung has also extended the Portrait mode feature to the furry friends, so that users can get the best photos of their pets.

Under the hood of the Galaxy S22 and S22+ are the first 4nm processor on a Galaxy smartphone. It gives advanced AI and ML processing to date, delivering better performance for all streaming and productivity needs. What’s more, network behaviour analysis streamlines your app performance by automatically detecting which app you’re using and directing the most power there – so steaming, surfing the web, and navigating apps have never been smoother.

To cater to the new fast processor, the Galaxy S22 is built with a robust all-day battery and 25W fast charging that never slows you down, and Galaxy S22+ features a super powerful battery that can last even longer than a day on a single charge. Galaxy S22+ also offers 45W super-fast charging, so you don’t have to wait when your power is running low.

Both devices come equipped with a Dynamic AMOLED 2X display, designed for the best in gaming and watching. Whether you choose Galaxy S22’s premium 6.1-inch display or Galaxy S22+’s 6.6-inch, each screen is built with intelligent Vision Booster technology that automatically adjusts the display to the lighting around you and enhances the color contrast, so you can enjoy the best possible view of your content. Plus, hardware performance enhancements have improved display brightness – S22 has a peak brightness of 1,300nit while S22+ features a peak 1,750nits.

Besides that, the S22 and S22+ will also ensure you can always stay connected and collaborative. Through our partnership with Google, you can enjoy Google Duo live sharing to view photos in Gallery with friends or write meeting notes with colleagues on Samsung Notes – even while you’re apart.

Both Galaxy S22 and S22+ feature the S series’ iconic Contour-Cut design that blends the camera seamlessly into the housing. To create a sleeker and more refined look, Samsung built both devices with a distinctive flat display, complete with a luxurious glass and haze finish. Now, the S series camera housing is designed to match the colour of the device’s body with a slim and symmetric metal frame for a seamless look. The result is a balanced, unified design that’s modern, fashionable, and sleek. Both the Samsung Galaxy S22 and S22+ are available in Phantom Black, Phantom White, Green, and Pink Gold.

The Galaxy S22 Series also presents Samsung’s most durable mobile devices yet. They are the first S series models made with Armor Aluminum – our strongest aluminum frame, so you can take your phone anywhere with peace of mind. The Galaxy S22 series is also the first smartphones to feature new Corning Gorilla Glass Victus +. The S22 series devices are equipped with this tough glass on the front and back to help them withstand accidental drops.

Samsung said the entire Galaxy S22 series will be supported by up to four generations of Android OS upgrades.

The Galaxy S22 series is secured by Samsung’s powerful Knox Vault security platform, which includes a secure processor and memory that completely isolates sensitive data like your passwords, biometrics, or Blockchain keys from the phone’s main operating system. One UI’s privacy dashboard and Indicator make it easy to see which apps are accessing data and camera, so users can decide whether to grant or deny permission to each app. The Galaxy S22 series also introduces several new security features, including ARM micro architecture, which helps prevent cyberattacks that target your operating system and memory.

Samsung said the Galaxy S22 series is its most eco-conscious device ever. By collaborating with leading organisations, Samsung helps recover discarded fishing nets and transforms them into a high-performance material for our smartphones. This material – used in the Galaxy S22 series’ component, key bracket – contains 20 per cent recycled ocean-bound plastic from discarded fishing nets.

The Galaxy S22 series also incorporates post-consumer recycled material in its speaker module, as well as the inner parts of the power and volume keys.

In addition to ocean-bound plastics, Samsung said it uses 100 per cent recycled paper for the Galaxy S22’s packaging and include a protective film made from recycled plastic., and every smartphone case is also designed with UL-certified, eco-conscious materials – such as recycled post-consumer plastics or bio-based substances.