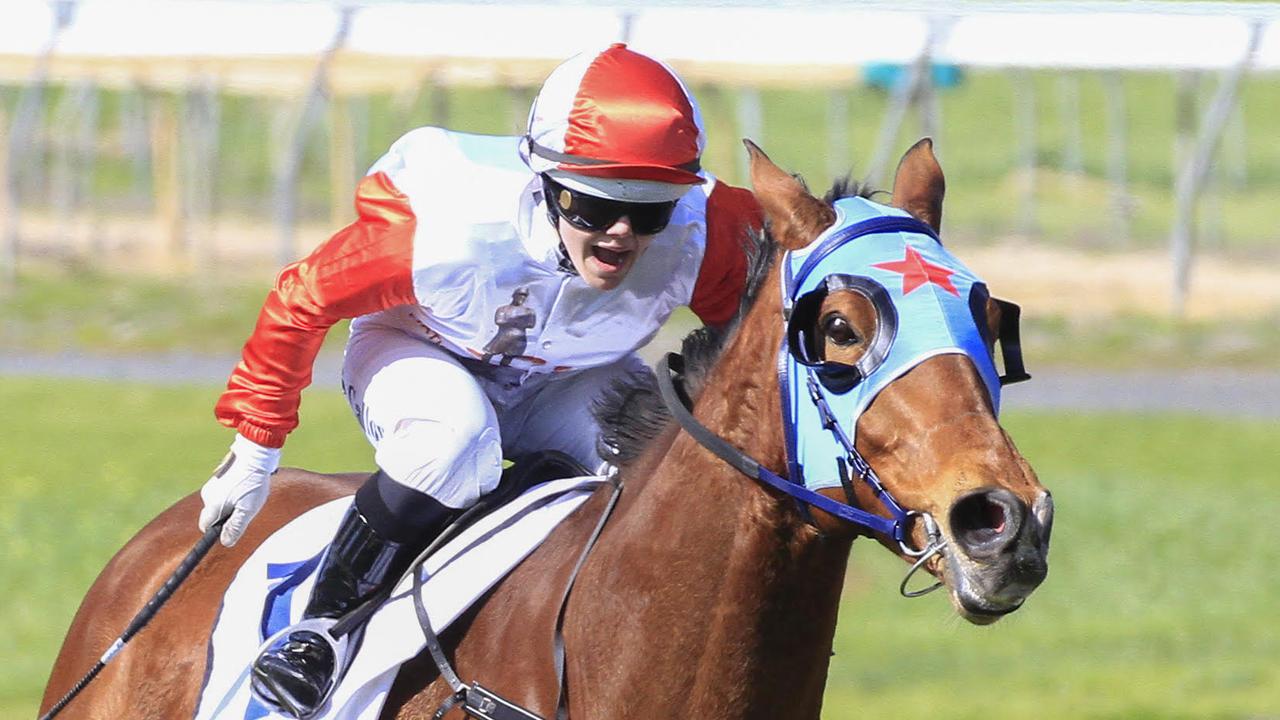 Racing can take you on a rollercoaster of emotions and Stacey Callow experienced the highs and the lows at Morphettville Parks on Saturday.

The apprentice was absolutely beaming after riding her first metropolitan winner – as you should – after a frontrunning effort on Territory Titan in the fifth race, but her day finished on a much more sombre note.

Just two hours later, Callow hit the deck when her mount Cheeky Grace suffered a heart attack and collapsed 50m out from the finish line of the eighth event.

After being treated by the medical officers on course, the youngster was taken to hospital with a suspected broken left collarbone.

Callow celebrates her 21st birthday on Monday and while it’s definitely not the present she was hoping for, that’s racing.

It was in stark contrast to the events earlier in the day when, in the moments after Territory Titan’s victory, it was impossible to wipe the smile off her face.

And one of the first things Callow, the daughter of multiple Group 1-winning jockey Noel, wanted to do was call her father.

“I’m so excited,” Callow, who only started riding in town a fortnight ago, said.

“I can’t wait to ring dad and speak to him.”

The James and Lisa Dodgson-trained Territory Titan ($4) was one of the first horses Callow rode in race, partnering him at Bordertown in January, and that experience put her in good stead for this assignment.

She rolled straight to the front from the outside barrier, taking full advantage of her 3kg claim, leaving just enough in the tank to hold off Palani ($3.80) and Montepulciano ($3.60).

“It’s good to do it on that horse, I rode him when I was claiming 4kg so it’s nice to stick with him,” Callow said.

“Hopefully I can keep the ball rolling and get a couple more winners. I’m very happy.”

Will Clarken took the training honours on the card, securing a double for the second weekend running as Hidden Legend and Angel Like prevailed.

Apprentice Lachlan Neindorf gave Hidden Legend ($5) a lovely ride, settling outside the leader before kicking clear in the straight and coming away to salute by two and three-quarter lengths.

It was stable apprentice Ben Price who did the honours on Angel Like ($8.50), taking advantage of barrier five to put her one-out, one-back before hunting down early leader Sea Witness in the shadows of the post.

The stable is in terrific form and it bodes well for Wednesday’s Balaklava Cup, which Clarken is making a big push for, nominating five runners for the Listed race and securing the services of star jockey Jamie Kah, who will partner Agreeable.

Todd Pannell was the only hoop to walk away with multiple winners, lifting the heavily-backed Victorian Anphina ($1.95) across the line in a blanket finish in the opener before John MacMillan’s Commander Meroo defied a wide run to claim the third event.