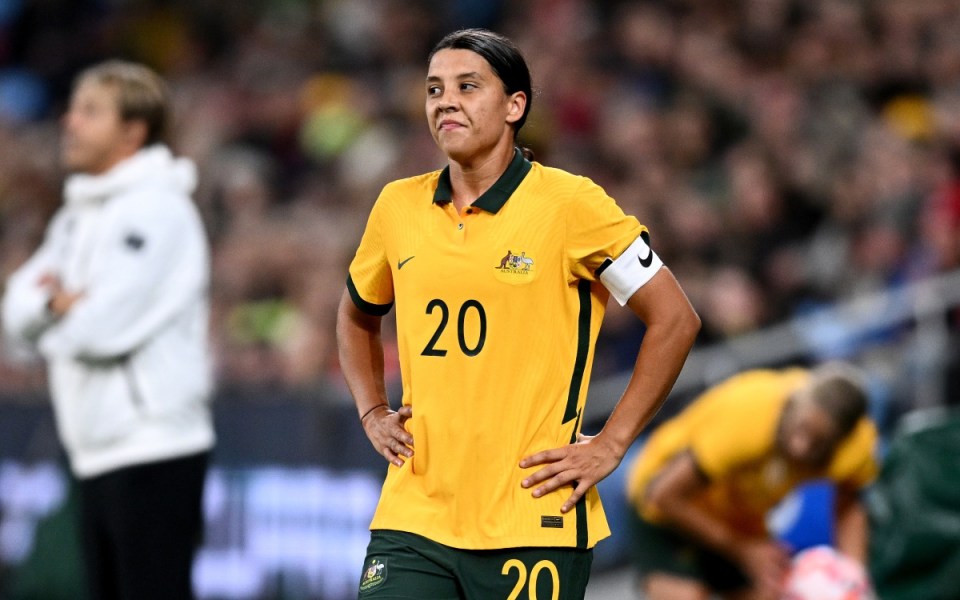 The Matildas were made to pay for a second-half collapse against Canada on Tuesday, suffering a 2-1 defeat and raising more questions about their direction under head coach Tony Gustavsson.

Mary Fowler got the home side off to a perfect start when she scored in the third minute at Allianz Stadium, but Australia was punished for failing to capitalise on its first-half dominance.

A well-taken second-half brace courtesy of Canadian forward Adriana Leon gave the visitors victory and raised more questions about the cohesion of the Matildas less than a year out from a World Cup on home soil.

Sam Kerr sets up Mary Fowler to give the Matildas a dream start in Sydney – scoring the opener only 2 minutes in!

It would be frustrating for Football Australia, which has said the coach’s position is not in jeopardy, because for the first 45 minutes the Matildas had one of their best displays in recent memories.

After three minutes, Fowler set Sam Kerr and Cortnee Vine off down the right and when Kerr squared back for Fowler she fired her effort past Canadian goalkeeper Kailen Sheridan and into the net.

It was as a result of Kerr’s intense pressing that Fowler, Vine and Caitlin Foord played pivotal roles to ensure Canada didn’t enjoy a single first-half shot on target.

Encouragingly for Gustavsson, who was without the injured Alanna Kennedy, the centre back pairing of Clare Polkinghorne and veteran Aivi Luik were able to deal with most of what Canada threw at them.

Foord and Vine were both unlucky not to have added to Australia’s tally before the half-time break.

The best chance falling to Vine who was unable to turn in a delightful Fowler ball threaded through the Canada defence.

But as has become customary with the Matildas under Gustavsson, there is a yin to the yang and the second-half response was way off the pace.

Christine Sinclair made a break down the Australian left in the 48th minute and while her first cross ricocheted off Polkinghorne, her second found Leon.

The Manchester United forward, who scored the only goal in Canada’s 1-0 win in Brisbane last Saturday, slotted past Lydia Williams with ease.

LEON STRIKES AGAIN!@CANWNT take the lead as Adriana Leon snags a brace – after a brilliant through-ball from Jade Rose puts her in space

The Matildas’ work off the ball evaporated and they were fortunate that Nichelle Prince had a goal ruled out for an offside.

Leon added a second but it was the nature of how she scored that would have been the most alarming.

Defender Jade Rose picked the ball up deep, waltzed through the Australian midfield and threaded a crisp ball behind the Australian defence for Leon to tuck away after the hour mark.

Australia desperately scrambled to find an equaliser late on but none was forthcoming and it will need to be much improved against Gustavsson’s native Sweden in November.