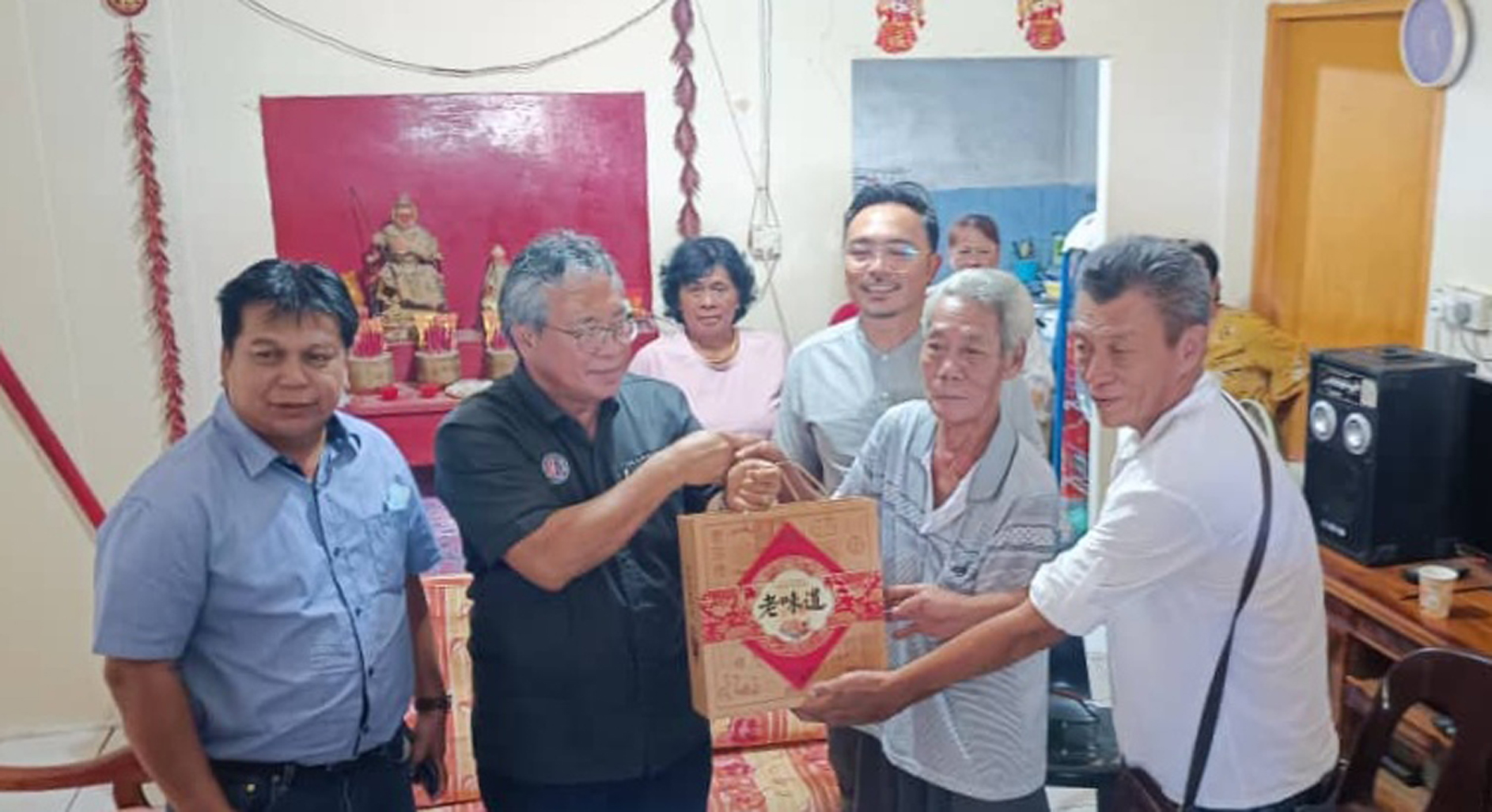 Nyabong (second left) receives a box of mooncakes from an elder of the Jelukong Sino-Dayak community. Bong is at right, while Roy is at centre.

KUCHING (Sept 12): The Sino-Dayak Association Sarawak held a Mooncake Festival celebration with the community of Jelukong Mawang near Engkilili on Saturday.

Association president Sebastian Bong said the community there comprised those of mixed Chinese and Dayak heritage, who celebrate the festive occasions of both ethnic groups.

“With some funds provided by our advisor YB Wilson, we managed to bring cheer to these folks around Jelukong. Most of them there are old folks.

“The gathering was done in the typical rural Chinese house. We take the opportunity to invite councillor Roy, who is also Parti Rakyat Sarawak (PRS) Engkilili chairman, hoping he will extend some help to the community by providing up to date information, especially on welfare related matters,” he said when met yesterday.

According to him, Sino-Dayak families there are scattered and most of the old folks are illiterate, while the telecommunications coverage is weak.

“We focussed on those old folks not visited by their children for a long time. The willingness of our advisor YB Wilson brought joy to these folks.

“The folks there were still dazed when he left the gathering as it was the first time a VIP visited them,” said Bong.

He added the association has been organising a series of events to meet with Sino-Dayak communities in Sarawak.

He estimates the Sino Dayak community number about 200,000 in Sarawak.