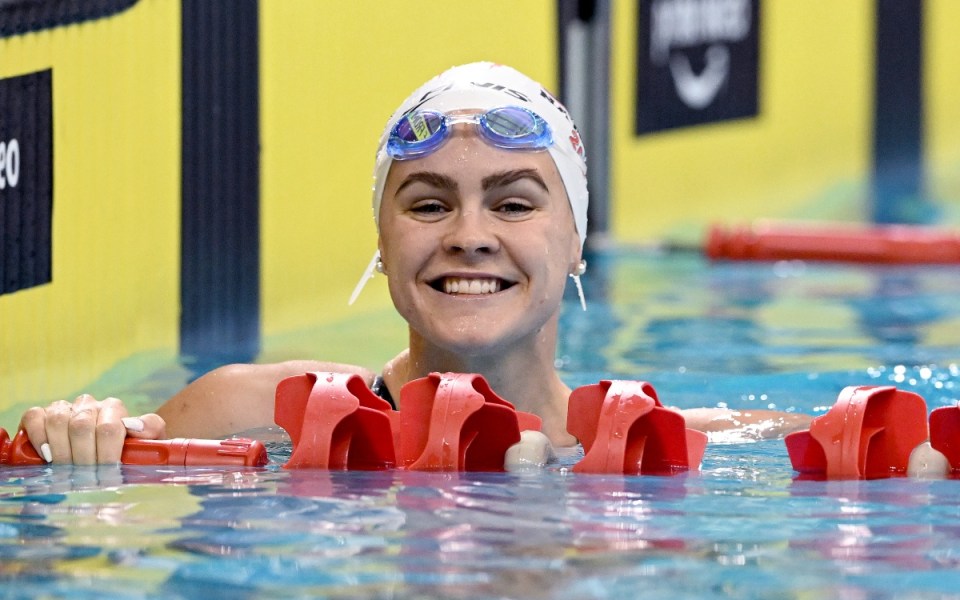 Shayna Jack is on track to return to the Australian swim team while pop star Cody Simpson has hit a fresh high at the national championships.

Jack, on the comeback trail after serving a doping ban, won her 100 metres freestyle heat on Wednesday’s opening day at the nationals in Adelaide.

And Simpson, the global pop star who has returned to the pool, set a personal best in the 100-metre butterfly.

Simpson clocked 51.79 seconds in his heat, bettering his previous benchmark of 52.66 set in April.

He was second-fastest into Wednesday night’s final behind national record-holder Matt Temple (51.64) with Kyle Chalmers (52.10) third-quickest.

Swimmers finishing in the top two in a final at the nationals secure selection for the world championships in Budapest in June.

Those who finish in the top three earn a spot for the Commonwealth Games starting on July 28 in Birmingham.

Jack was initially banned for four years after testing positive to the banned substance Ligandrol about three weeks before the 2019 world championships.

The Queenslander appealed her ban to the Court of Arbitration for Sport, which reduced her suspension to two years. It found Jack did not knowingly ingest the substance.

Jack’s automatic selection for an individual 100-metre freestyle swim at the looming worlds and Commonwealth Games is complicated by the absence of Olympic champion Emma McKeon from the nationals.

McKeon’s gold medal in the event at last year’s Tokyo Olympics gives her automatic selection. But she will miss the world titles to focus on the Commonwealth Games.

That means Jack needs to finish in the top two in Wednesday night’s final to be assured of returning to the Dolphins team in an individual event.

Jenna Strauch and Abbey Harkin topped qualifying for the women’s 100-metre breaststroke and Brad Woodward was fastest in the men’s 200-metre backstroke heats.