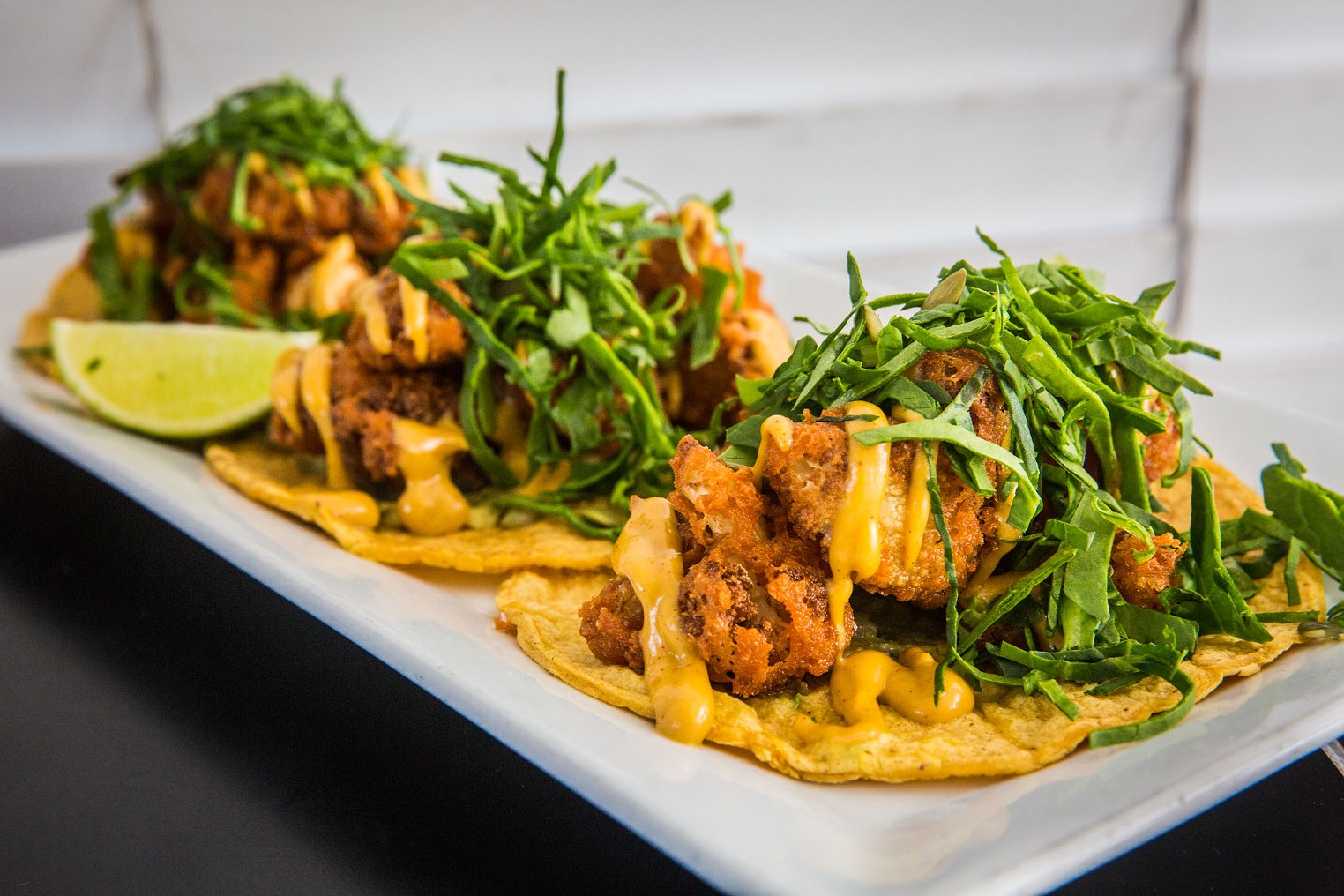 Perfect for the vegan-curious individual, plant-based fanatic, or culinary adventurer, Phoenix Vegan Restaurant Week is back for its second year.

The event was founded by Jozh Watson of food blog and event host PHX Vegan and Chef Jason Wyrick of The Vegan Taste meal delivery service. This year, it runs from September 11 through 18.

“There are a number of new participating eateries — fully vegan and vegan-friendly — that are going all out and offering some pretty exciting creations,” Watson says. “There will be a lot of world-inspired cuisine, influenced by flavors experienced during a chef’s travels, as well as domestic cuisine that is inspired by their own culture.”

“There are seven non-vegan eateries participating in Phoenix Vegan Restaurant Week this year,” Watson says. “The hope, similar to last year, is for these omnivore spots to incorporate more vegan options on their menu year-round. Last year, Salvadoreno Restaurant incorporated a permanent, dedicated vegan menu for their patrons.”

Plant-based versions of a burger and hot chicken sandwich at Solár: A Vegan Eatery.

Photo by Solár: A Vegan Eatery

Vegan Restaurant Week caters to the growing demand for plant-based cuisine. Across the Valley, vendors of all varieties are serving that demand. Fast-casual eateries, bakeries, coffee shops, food trucks, meal delivery services, ghost kitchens, and pop-up kitchens will all be participating in this year’s Vegan Restaurant Week.

Solár: A Vegan Eatery, a Tempe restaurant concept from chef Crystal Tuala, is one of those vendors.

“This is our first time participating, as we are only a year old. We are excited to show what our restaurant really could be, “ Tuala says. “I want to share my knowledge and span of cooking expertise to our clientele. I want to showcase my culture through food and how people can still eat great, healthy, and cruelty-free.”

Steep Tea Co., another Tempe business that hopes to “redefine tea,” according to its slogan, will also participate.

Co-founder of Phoenix Vegan Restaurant Week, Jason Wyrick, says he is most excited about a new three-course dinner pop-up.

The Tamales and Tequila dinner will be held on September 14 in the warehouse district of Downtown Phoenix. The exclusive dinner will include a three-course plant-based meal with tequila pairings.

During the rest of Phoenix Vegan Restaurant Week, diners will have a choice of a multi-course prix fixe menu or a specialty vegan item. Participating restaurants will offer the menus for take-out and dine-in.

“Restaurants are realizing they need to appeal to a variety of food preferences,” Wyrick says. “Veganism is a lifestyle choice that is here to stay, and we’re proud to show off the amazing culinary mark Phoenix is making.”