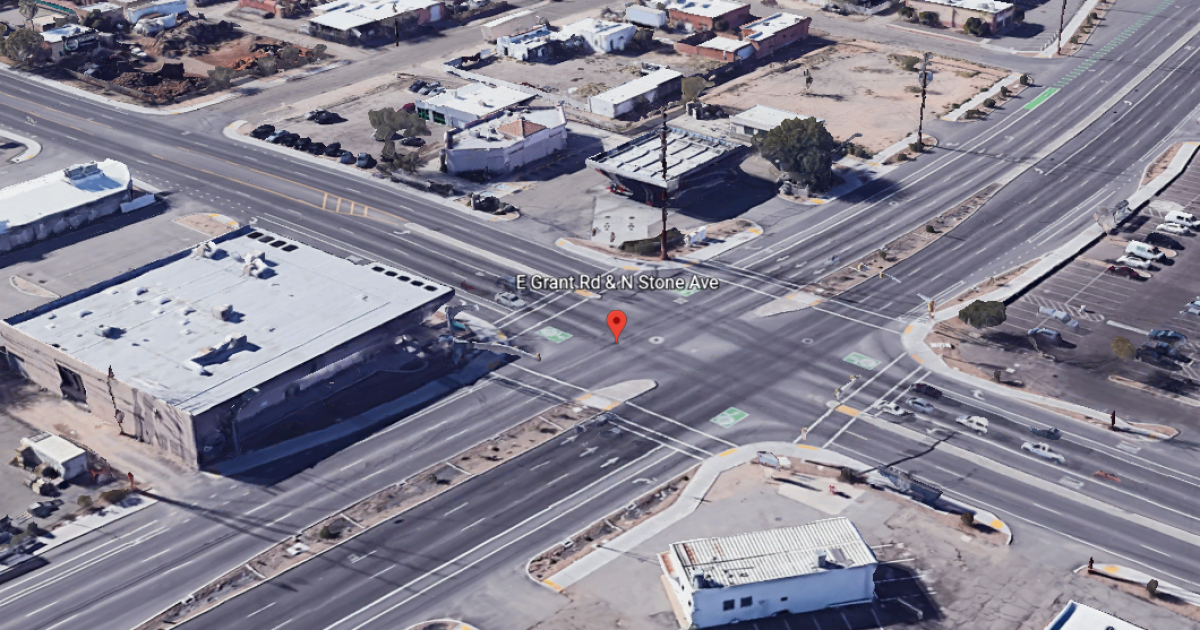 TUCSON, Ariz. (KGUN) — On September 9, 2022, around 7:00 p.m. The Tucson Police Department (TPD) and The Tucson Fire Department responded to reports of a man being hit by a car near North Stone Avenue and East Grant Road.

Shortly after arriving at the hospital, the man was pronounced dead.

After investigating the scene Traffic Detectives say, while the man was crossing against a green signal in a marked crosswalk a gold 2007 Cadillac SRX was traveling eastbound on Grant road in the center lane and struck the man.

Officers say the Cadillac stopped and cooperated with the investigation.

Officers from the Impaired Driving Enforcement Unit conducted a drug and alcohol impairment test and determined the driver was impaired at the time of the crash.

According to TPD 25-year-old, Devi Marie Stubblefield was driving on a suspended license at the time of the crash.

Stubblefield was booked into Pima County Jail on the charge of Causing Death by Use of a Vehicle.

The investigation is still ongoing and additional charges may be applied.

Related: TPD: Pedestrian hit by a car near Grant and Stone

——-
Corey Salmon is a real-time editor and associate producer for KGUN 9. He was born in New York but has lived in Tucson for over 10 years. Share your story ideas and important issues with Corey by emailing corey.salmon@kgun9.com or by connecting on Instagram, LinkedIn, and Twitter.