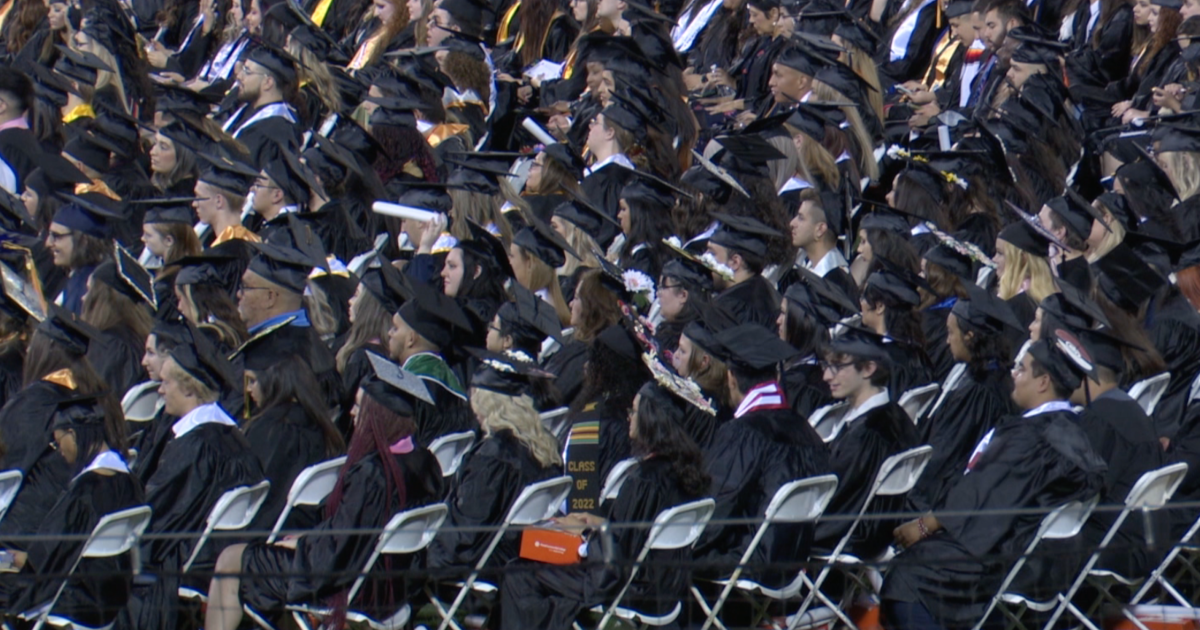 The graduation, which typically takes place inside the Tucson Convention Center, was the first in-person ceremony they’ve had in two years and the first one they’ve ever held outside.

“I’m my first-generation family to graduate so it means a lot to me,” Emilee Homan said. “It’s a lot of hard work. It’s a lot of years of trying to figure out what I want to do so the fact that I’m doing it is huge.”

Homan added that having the ceremony outside and in-person is important.

“So actually, having an in-person ceremony and one of the biggest steps in my life being in-person means a lot not only to me but to my family.”

Susanna Delgado, whose son Chris works at KGUN 9, was grateful that her family could attend.

“I want to tell him thank you Chris and to my daughter Christina, thank you, my husband Armando thank you for supporting me and always having my back,” Delgado said.

As for the speeches the graduates heard, Tucson Mayor Regina Romero gave one as well as Webster Rose. Rose gave the commencement address and focused on overcoming challenges.

“We can defeat anything that tries to stop us in life which was the pandemic,” Rose said. Tonight is a definitely a win win looking at everyone here at Tucson at Pima Community College Graduation.”

The college has not said yet whether they will have next years graduation at TCC or outside at the stadium again.

——-
Greg Bradbury is a reporter for KGUN 9. Greg is a recent graduate of Syracuse University where he studied Broadcast Journalism and Spanish. During his time at SU, he spent the majority of his time at the school’s TV station, CitrusTV. Over the course of 3 years there, he worked as a reporter, anchor, and news director. Greg joined KGUN 9 in February 2021 as a Multimedia Journalist after working at the ABC National Desk as a Digital News Associate. Share your story ideas and important issues with Greg by emailing greg.bradbury@kgun9.com or by connecting on Facebook, Instagram, and Twitter.