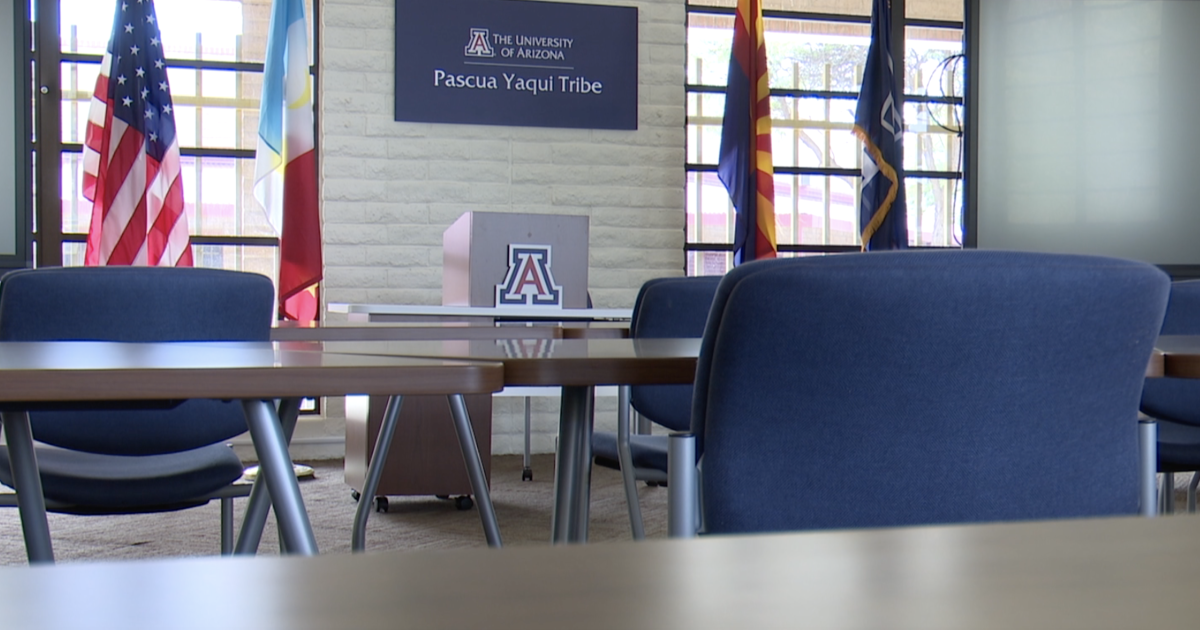 TUCSON, Ariz. (KGUN) — The University of Arizona is bringing the classroom to tribal lands with a new microcampus. The goal is to improve retention rates for Pascua Yaqui students. This new campus is an important step for tribal communities to get access to higher education.

The Pascua Yaqui Reservation is far away from Tucson schools. That distance grew in 2012 with the closing of Hohokam Middle School a few miles from tribal land.

“When the school itself, middle school closed, we were all trying to figure out,” said Peter Yucupicio, Tribal Chairman. “The leadership, the people, the community, where do we send our children now?”

But with the help of the University of Arizona, the former middle school location now holds a microcampus for indigenous college students.

“You could get a four year degree from the offerings that will eventually be provided here at the campus,” said Serina Preciado, the Director for Pascua Yaqui Education. “Or if you are a member of the tribal workforce and you have a need to develop a skill, you can take courses.”

The campus is inside a newly renovated 5000-square foot building designed by a Yaqui architect. There’s a classroom for 50 students, study rooms, and a University Wifi connection. Leaders say it’s especially important for Native American students to have these resources nearby.

“They have community and cultural responsibilities that other families don’t have,” said Herminie Frias, a Tribal Council member. “So this campus here will be so beneficial, having it so close to the community is that time management.”

The tribe says there are around 700 college-age members on the reservation, but less than 10% of them are enrolled in the University of Arizona. Leaders are hopeful this microcampus will lead the way for tribal members to have a better future.

“I would sit around the bonfires, and the elders would say ‘How do we get out of where we’re at?’ cotton picking, cleaning yards, jobs like that,” Yucupicio said. “And most of the elders agreed: it’s through education.”

The microcampus will offer its first class starting in November. Leaders expect to add classes next year depending on feedback from tribal members.