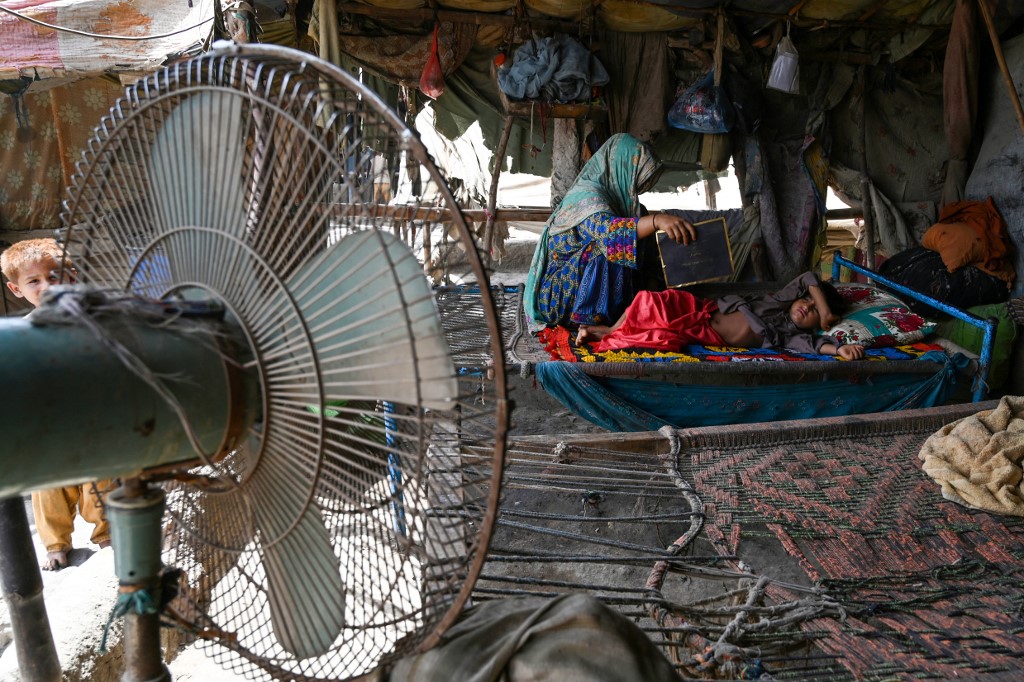 Photo taken on May 11, 2022 of a woman using a paper sheet to fan her child amid a power cut during a heatwave in Jacobabad, in the southern Sindh province in Pakistan. – AFP photo

ISLAMABAD (May 17): A Pakistani social media star with millions of followers is facing criticism after posing for a TikTok video by a forest fire, as a devastating heatwave causes widespread misery in the country.

Humaira Asghar posted a clip of herself walking playfully in a silver ball gown in front of a burning hillside with the caption: “Fire erupts wherever I am.”

It comes after police arrested a man earlier this month in the northwestern city of Abbottabad for intentionally starting a forest fire as a background for a video.

Temperatures have peaked at 51 degrees Celsius in parts of Pakistan in recent days, leaving the poor and vulnerable struggling to beat the heat in the impoverished country.

Asghar, who has more than 11 million followers on TikTok, said in a statement released by an assistant that she did not start the fire and there was “no harm in making videos”.

The clip has since been taken down.

“She should have been holding a bucket of water to extinguish the fire instead of glamorising it,” Rina Saeed Khan Satti, an environmental activist and chairperson of the Islamabad Wildlife Management Board, told AFP.

The group said at least one other blaze this week in the hills surrounding the Pakistani capital was started for a social media video.

“The message these videos is sending is too risky and it needs to be contained,” Satti said.

One comment under Asghar’s video on TikTok said her actions were “sheer ignorance and madness”.

Pakistan is the eighth most vulnerable country to extreme weather caused by climate change, according to the Global Climate Risk Index compiled by NGO Germanwatch.

But experts say there is a lack of awareness among the population about environmental issues.

Forest fires are common from mid-April through to the end of July, caused by searing temperatures and lightning as well as slash-and-burn farming.

TikTok is widely used by young people in Pakistan and videos often garner hundreds of thousands of likes. – AFP