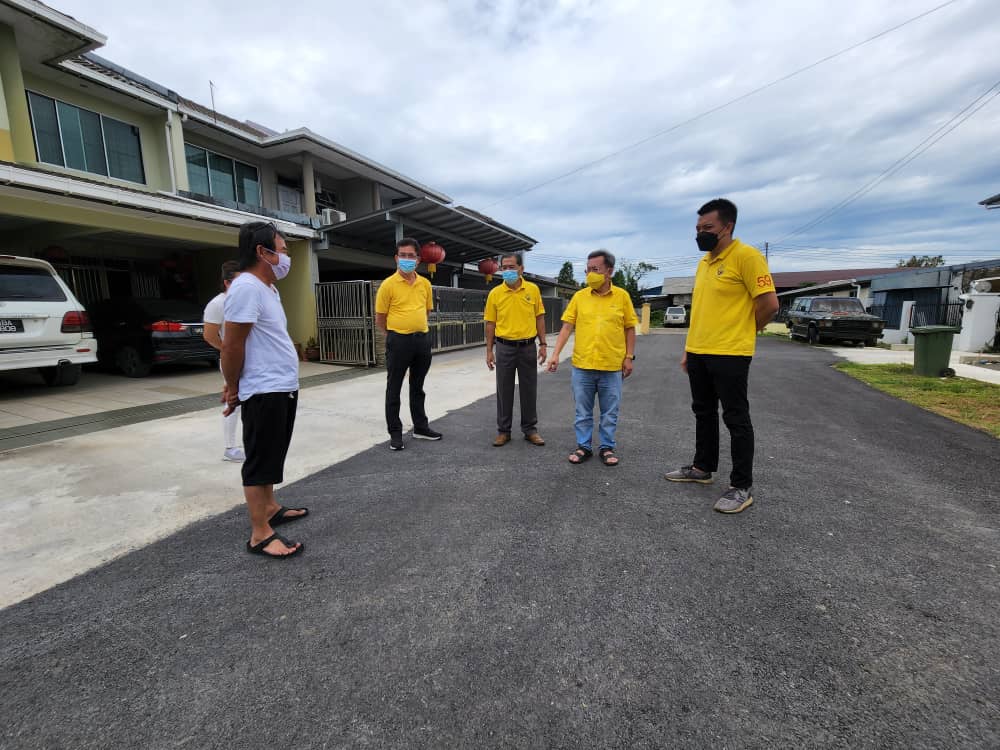 Dr Sim (second right) interacts with some residents at Lorong 4A of Jalan Field Force in Batu Kawah.

KUCHING (Sept 7): RM12.373 million had been provided under the Malaysian Road Records Information System (Marris) between 2016 and 2021 for the development of roads spanning 145.2km across the Batu Kawah state constituency.

In a statement from the Batu Kawah service centre yesterday, for this year RM866,000 had been set aside for 29 projects meant to upgrade roads across the constituency spanning 3.4km.

The statement was released in connection with a recent inspection by Deputy Premier Dato Sri Dr Sim Kui Hian, who is Batu Kawah assemblyman, on a Marris-funded road upgrading project site at Lorong 4A of Jalan Field Force here, where he met up with the residents there and obtained their input and suggestions.

Dr Sim was accompanied by a political secretary to the Premier of Sarawak, Tan Kai, and Lim Ah Ted who is the chairman of Sarawak United People’s Party (SUPP) Batu Kawa branch, during the visit.

“Dr Sim also disclosed that he had successfully obtained a total of RM12.05 million in Marris fund from 2016 until recently, meant for a drainage project in Batu Kawah.

“Other than that, Dr Sim will also implement 15 RTP (Rural Transformation Programme) projects worth RM5 million in Batu Kawah.

“In terms of welfare, the Deputy Premier has been overseeing the repair works on the houses of 263 poor families in his constituency since 2018, with total cost amounting to RM3,536,220.

“There are still several repair works underway,” said the statement.