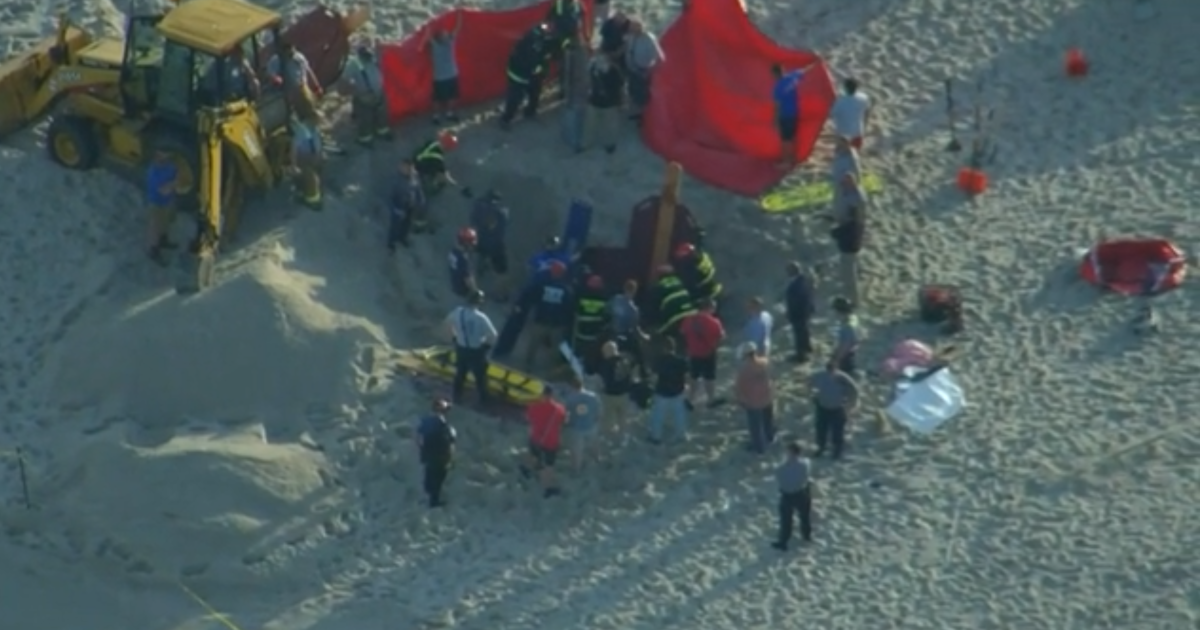 One teenager is dead and another was injured after sand collapsed at a beach in Toms River, New Jersey while the pair were digging a large hole in the sand.

As police reported, officers responded to the scene at around 4:10 p.m. local time to rescue two “juveniles trapped in the sand as it collapsed around them while digging.”

Toms River police said multiple units and EMS were on the scene, and told the public to please stay away from the area.

One of the teenagers, a 17-year-old female, was rescued and treated at the scene. Her brother, the other teen identified by ABC 7 New York as an 18-year-old Maine native, died from his injuries.