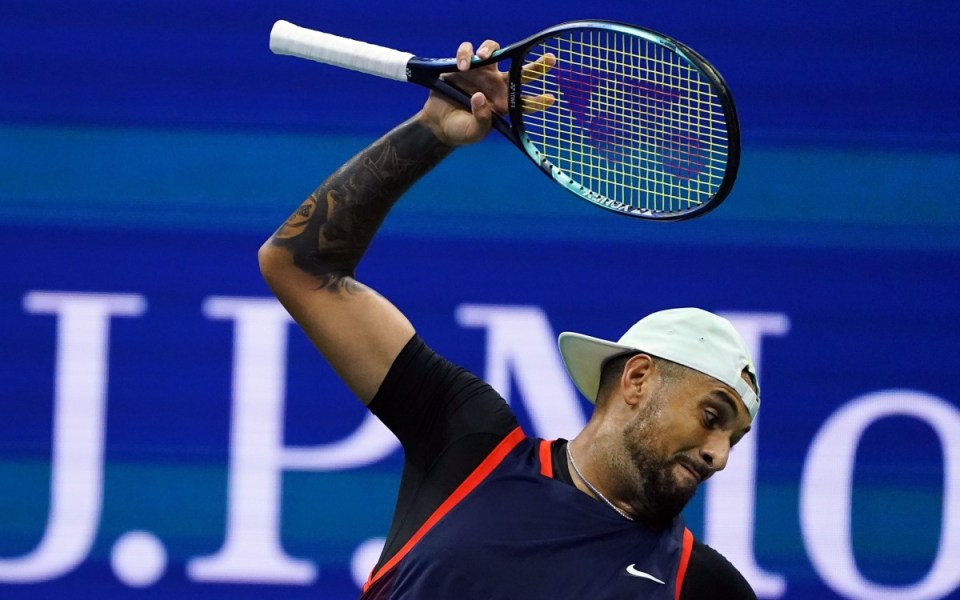 Nick Kyrgios has been fined $US14,000 ($20,700) for unsportsmanlike conduct after his racquet-smashing exit from the US Open.

The Australian was given a warning during the third set for slamming a drinks bottle to the ground in anger and then took out his frustration at the end of Tuesday night’s 7-5 4-6 7-5 6-7 (7-3) 6-4 quarter-final loss to Karen Khachanov by destroying two racquets.

The Wimbledon runner-up racked up a total of $US32,500 ($47,500) in fines while at Flushing Meadows, getting penalised five times.

His previous sanctions came for spitting, swearing and smashing racquets.

He still came out well ahead however, having earned $US473,200 ($701,700) in prizemoney at the year’s final grand slam tournament, where he also reached the doubles third round with countryman Thanasi Kokkinakis.