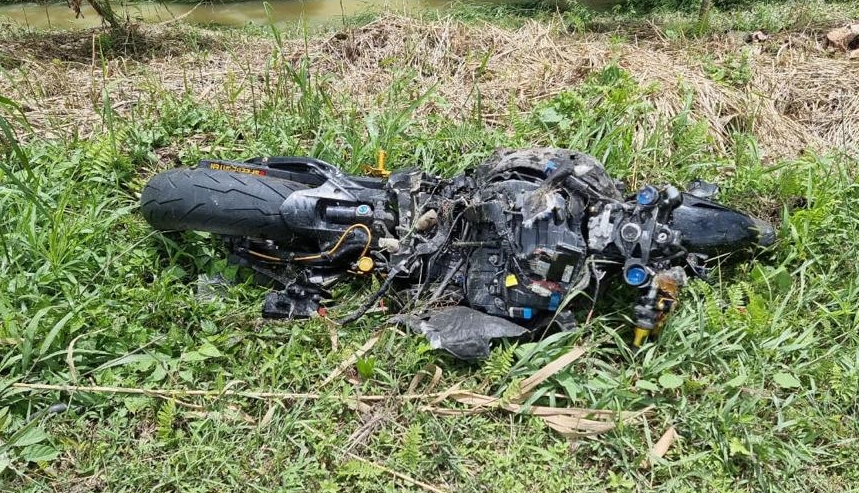 The deceased’s badly-damaged motorcycle at the scene.

MIRI (Sept 11): A 26-year-old man was killed after his motorcycle collided with two other vehicles at Jalan Bintulu-Miri near Kampung Angus in Bekenu yesterday.

Miri police chief ACP Alexson Naga Chabu in a statement said police received a report regarding the accident around 11.15am.

“Investigation at the scene found the motorcycle which was heading towards Bintulu from Miri, was believed to have tried to overtake a car in front and had hit the right side of the car.

“Following the collision, the motorcycle skidded and entered the opposite lane before colliding with a pickup truck coming from Batu Niah,” he said.

Alexson said the victim was pronounced dead at the scene by medical officers from Bekenu Health Clinic.

The drivers of the car and pickup truck were not injured in the incident.