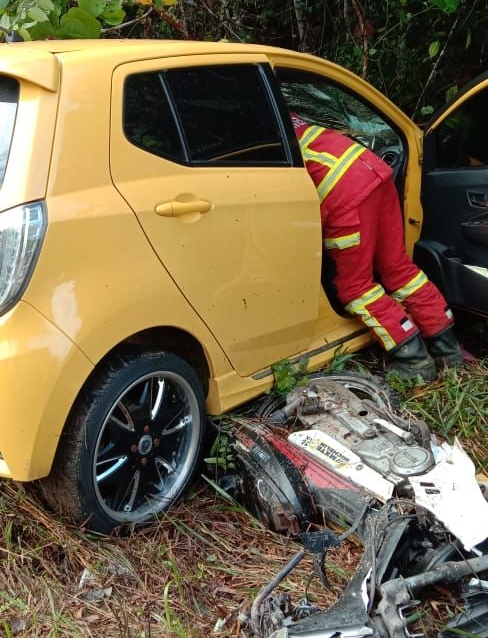 The car and damaged motorcycle following the accident at Ming Chung Road in Batu Kawah in Kuching.

KUCHING (Feb 9): A 50-year-old motorcyclist was killed after being hit by a car at Jalan Ming Chung in Batu Kawah here today.

According to Fire and Rescue Department (Bomba) Sarawak Operation Centre, the deceased was identified as Chong Chuang Loong, from RPR Matang Malihah here.

“We received a distressed call from the public with regards to the accident involving a motorcycle and a car at around 8.38 am.

“The victim was pronounced dead by the paramedics who was at the scene of the accident, while the driver the car, a 21-year-old woman only suffered minor injuries,” said the spokesperson.

The body of the victim was later handed over to the police for further action.