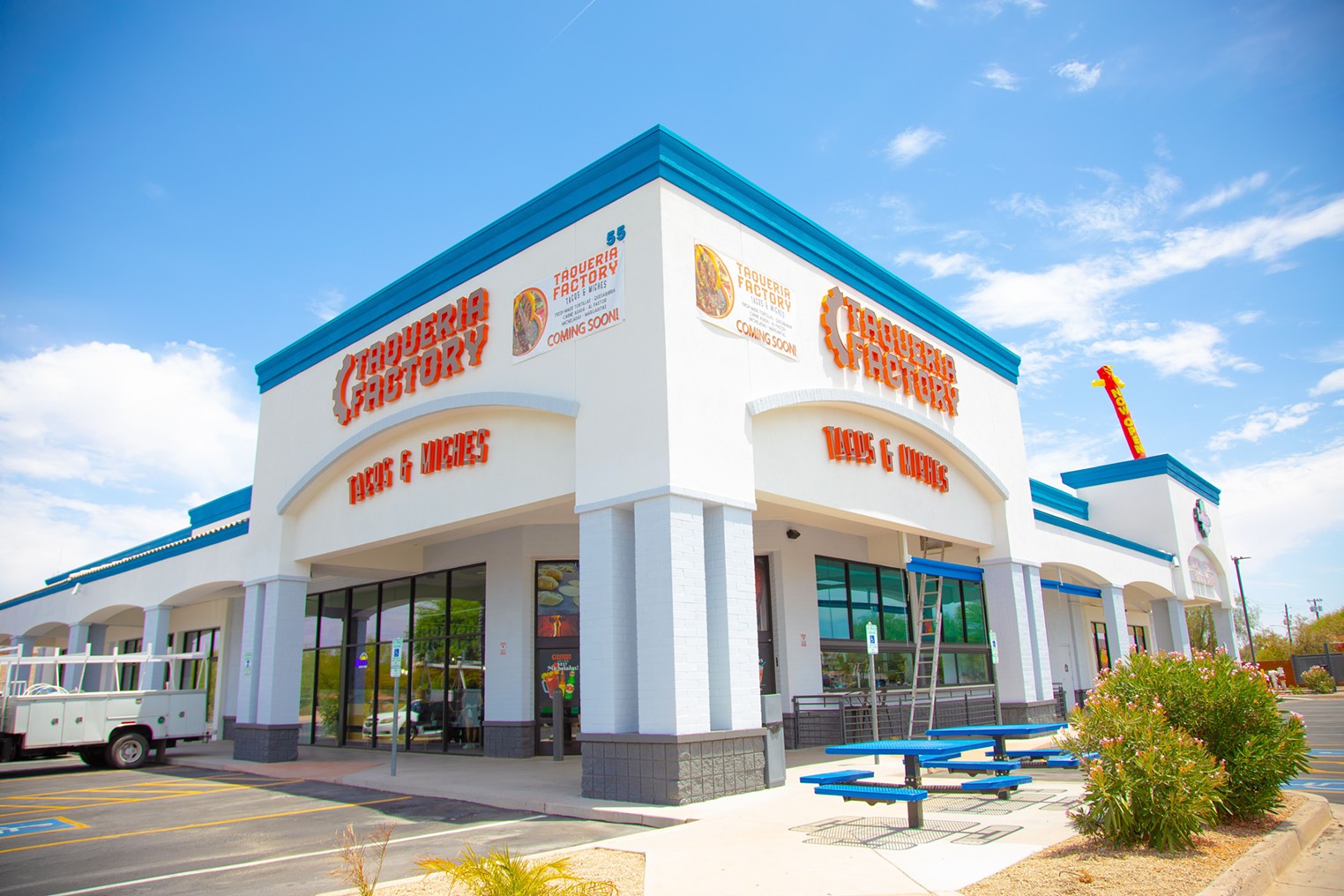 After 16 years of growing Frutilandia, a dessert chain that sells “favorite Latin treats,” according to its website, the Garfio family of Gilbert has hit another sweet spot with its first entirely savory restaurant.

Based on customer demand, the fast-casual concept was a natural offshoot of Frutilandia says Gamaliel Garfio, who co-owns the company with his wife Maria Garfio. While Fruitlandia’s menu includes a few snacks like Sonoran hot dogs and hamburgers, roughly 80 percent of the menu is fresh fruit desserts.

“A lot of people would come in wanting to order tacos and burritos and things we don’t have on the Frutilandia menu,” he says.

So the duo decided to create something new. Originally from Sinaloa, Garfio says he and Maria, who is from Jalisco, blended their regional flavors together.

“One of our main objectives is to make sure we really satisfied the Hispanic community’s taste buds,” he says, given that 60 percent of their clientele is Latino. “We are the most difficult ones to please because we know what a true taco should taste like.”

Briana, Maria, Fernando, and Gamaliel Garfio all have a hand in the new Taqueria Factory in Chandler.

“So the whole family has really taken part in this beautiful project,” Garfio says. He adds that they put their hearts into their recipes, all of which are based on what they eat at home.

“You’re getting what you see on our kitchen table being served in our restaurant,” he says.

That means they use high-quality meats, produce, and spices, they fry their chips in-house daily,  and they craft everything on-site, from guacamole to salsas to horchata. Tortillas are made fresh every morning by a purveyor in Tempe and have no preservatives.

Taqueria Factory features a bar of salsas made fresh daily.

Proteins include carne asada, birria, pollo, and al pastor, the latter two of which are both marinated for a day or more. The family is especially proud of the birria, served in tacos to be dipped in a consommé loaded with spices.

“It’s a very special dish that we make,” says Garfio, adding his Aunt Rosa, who has worked with the family for 15 years, loaned them her recipe.

Tacos made with marinated chicken and pork are a staple of the menu.

Garfio notes that they wanted to keep the menu simple and easy to navigate, “to sort of be the In-N-Out of tacos.” They also offer a “keto” option that substitutes a cheese crisp for the tortilla in a taco or quesadilla.

The drinks menu includes beer on draft and in bottles, micheladas, margaritas, and the special Mangonada Borracha, a mango smoothie with fresh fruit, Chamoy, tajín, and tequila. Garfio says his son Fernando is the “michelada master” who came up with his own mix using about a dozen ingredients.

“One thing I always had a hard time finding was a good michelada at a restaurant or bar,” Fernando says. “I’m the designated michelada guy at parties.”

Mangonada Borrachas and micheladas are two of the specialty cocktails at Taqueria Factory.

The margaritas are top-notch, made with real lime juice and agave syrup, flavored with fruit purees and syrups from Frutilandia. Happy hour runs from 2 to 6 p.m. on weekdays, providing $1 off any alcoholic drink.

The bright, modern space filled with metal chairs and bar stools, teal booths, and TV screens, seats about 75, and there’s an outdoor bar with about a dozen seats looking into the kitchen. But since opening in June, the response has been so overwhelming that the Garfios are tearing down a wall to take over the suite next door.

They own the entire 14,000-square foot building, which used to house a Walgreens. With a capacity of about 35 or so, the additional space will serve as overflow seating Fridays through Sundays and private or corporate meeting space the rest of the week. Once the remodel is finished, the Garfios plan to throw a grand opening, which they’ll announce on social media.

“We knew we were building something special,” Garfio says, “but our expectations were exceeded by the response of the local community.”