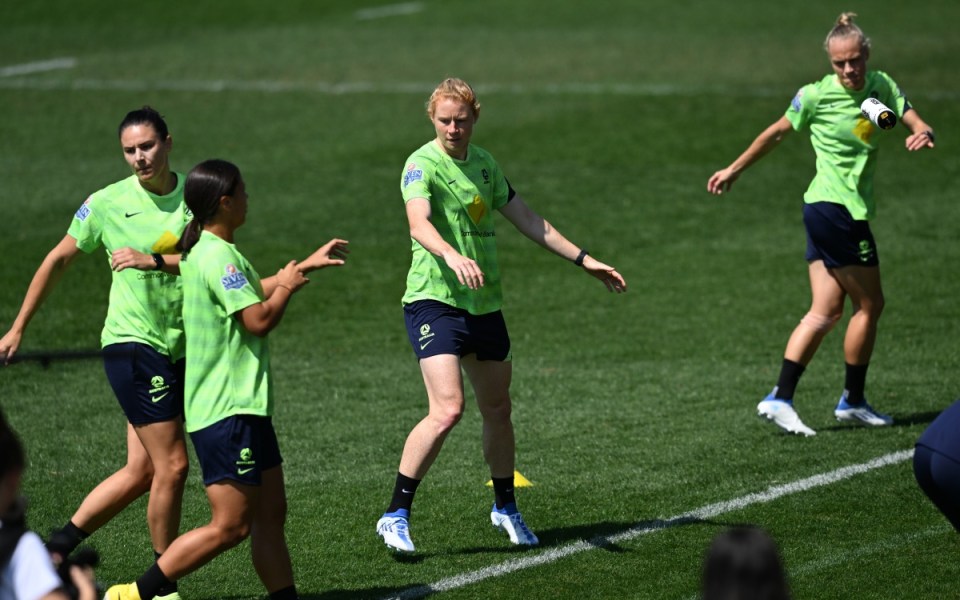 Clare Polkinghorne is one of the most capped Matildas players ever in an international career spanning 15 years, so when she says the current team can be the best in her time it is a statement of intent.

The Matildas play Canada on Saturday at Suncorp Stadium in the first of two home friendlies as their preparation for next year’s FIFA Women’s World Cup in Australia and New Zealand ramps up.

The 33-year-old Polkinghorne flew into her home state of Queensland on Tuesday night from Sweden where she plays for Vittsjo GIK, before joining the squad for training on Wednesday.

The Matildas have never been past the quarter-finals at the World Cup.

‘‘I think that we definitely have the potential to be (the best),’’ Polkinghorne told AAP when asked about the credentials of this current team.

‘‘Any time you play a competitive game you want to win and that has always got to be a focus for us against a quality team like Canada.

‘‘You want to be beating those kinds of teams. That is definitely at the forefront of our mind, but also preparing for the World Cup and working on the foundations of the team and keep building.’’

Those foundations are strong due to the high-quality players in the squad who are playing in elite competitions around the world. Chelsea’s Sam Kerr heads the list in the forward line.

‘‘Any time you talk about the Matildas you think of Sam Kerr and she is a massive part of this team. She definitely leads from the front and when she is firing we all feed off her,’’ Polkinghorne said.

‘‘I think anyone in our final third, attacking-wise, has the ability to tear apart any defence.’’

Polkinghorne is a permanent fixture in the Matildas defensive line and is on track to play in her fifth World Cup next year. She has 145 international caps and is in striking distance of the all-time record of 151 set by former skipper Cheryl Salisbury.

‘‘She was a big part of my early career in the Matildas and just the impact that she has had on not only this team, but football in Australia, has been massive,’’ Polkinghorne said of one of her early mentors.

‘‘She was a big part of my development and transition into the Matildas. She is a legend of the game for sure.’’

Polkinghorne could surpass Salisbury at the World Cup on home soil.

‘‘Any time you play for your country it is special. To do it once is a special feeling so to do it that many times is pretty incredible,’’ she said.

Polkinghorne, a mainstay of Brisbane Roar since 2008 who played her juniors in Brisbane at Wynnum Wolves and Capalaba FC, said it was “really nice to be home and playing in front of a Brisbane crowd”.

‘‘It is where it all started for me,’’ she said

‘‘The World Cup is just around the corner and these games are incredibly important for the preparation and build-up to that.’’