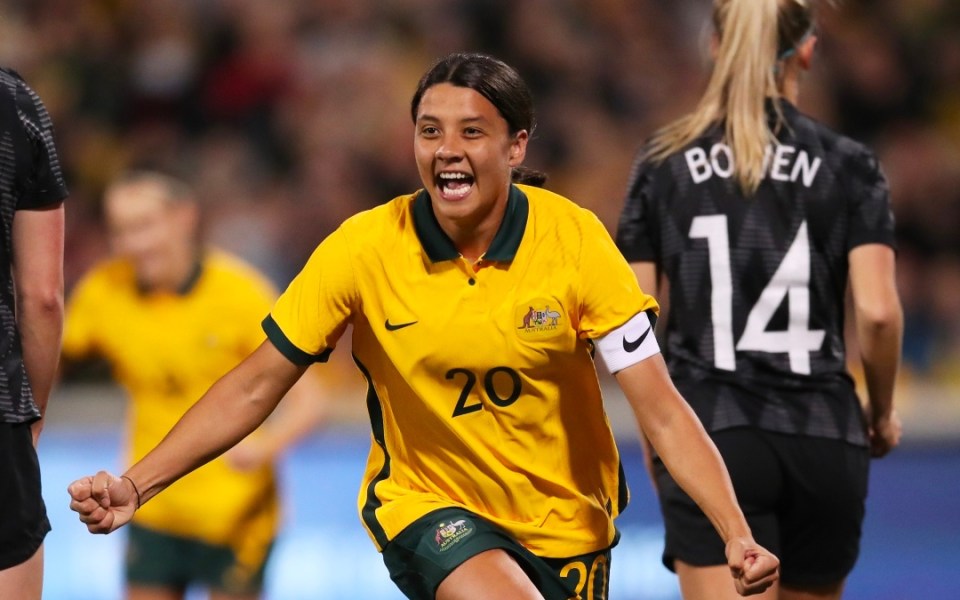 Matildas coach Tony Gustavsson has outlined why the class and leadership of captain and star forward Sam Kerr would be more crucial than usual in Saturday’s international against Canada in Brisbane.

There are seven starters from the side that lost 1-0 to Sweden in the Tokyo Olympics semi-final unavailable for the clash at Suncorp Stadium.

Kerr’s presence in the team for the first time since April is going to be vital for both her leadership and all-round class in the first of two friendlies against the world No.7 in Australia.

Gustavsson said aside from her world-class goalscoring abilities there were other attributes Kerr provided that she didn’t get enough credit for.

“Everyone knows we are a pressing team and if you don’t have a forward that leads that pressing you don’t get the midfield and backline to do the same thing,” he said.

“The other thing is her leadership and the way she encourages the team and sets the standards. She is a winner and demands high standards around her but in a Sam way … in a really good way.

“I love working with Sam and I am just thankful to be here in a team where I have Sam Kerr by my side because she captains the team in a brilliant way.”

But Gustavsson insists she always strives for more and that’s why her best form was ahead of her.

“When a player is peaking in a career … they can maybe become complacent and have a dip. Sam is never satisfied,” he added.

With Ellie Carpenter, Hayley Raso, Steph Catley, Tameka Yallop, Chloe Logarzo, Caitlin Foord and Kyah Simon unavailable, Gustavsson says the home side would need to adapt and test the depth in their roster.

“They won the Olympics by being a very solid defensive team and really good on the breaks.

“We feel that in the Olympics we should have been there in the final against Canada. We played a really good semi-final against Sweden and are disappointed we came home empty handed.

“Now we get the opportunity to play that game against Canada that we wanted to play in Tokyo so we are extremely motivated to test ourself against this team.”

The Matildas have five “windows” in the players’ busy international schedule to get together before the 2023 FIFA Women’s World Cup in Australia and New Zealand.

The Matildas will play at least one game in those finals at Suncorp Stadium and Gustavsson said it was an excellent opportunity to get used to the conditions they would encounter next year.