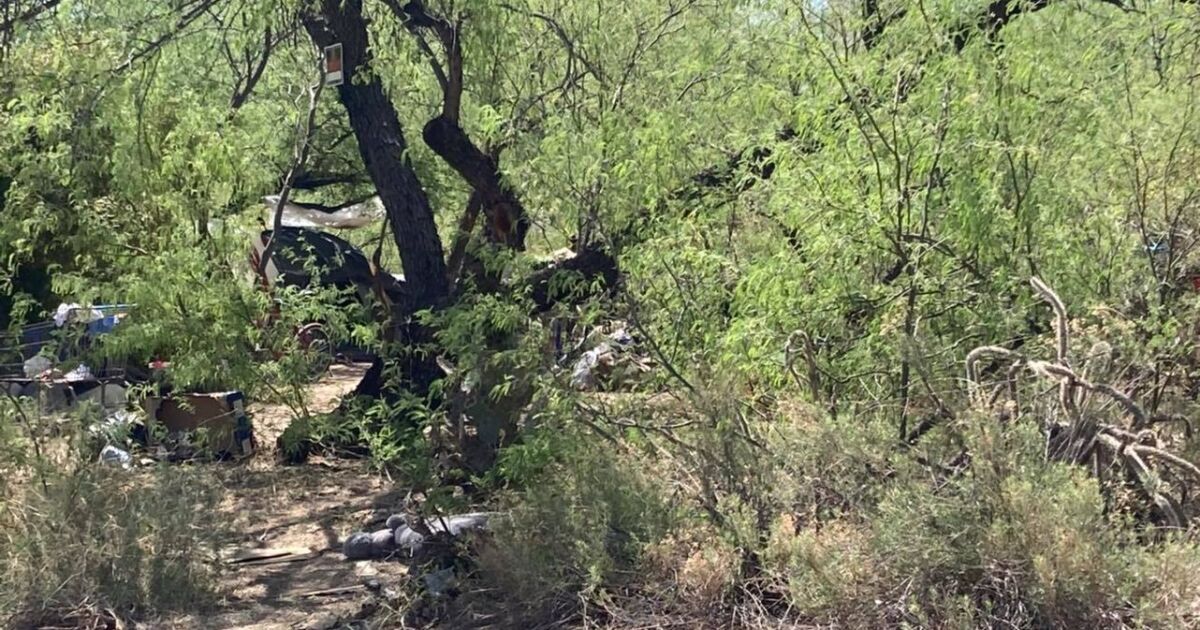 TUCSON, Ariz. (KGUN) — A Tucson man hopes to shine some light on the community’s homeless crisis right next to his house.

Levi Bennett Lives next to homeless camp and says the camp has gotten out of control over the years as a homeless camp near Park Place and Wilmot grows larger and more destructive.

He says there’s a lot of screaming and fighting that goes on not to mention a stabbing at a bus stop.

“They were hiding stuff in the bushes, their belongings, so we cut the bushes down. they retaliated by tagging much of the wall with graffiti and obscene stuff,” Bennett said.

Bennett was homeless a long time ago.

“It was different back then,” Bennett said. “Homeless people the ones I knew we didn’t go around vandalizing property and intimidating people. It’s changed, something is different now where they are more aggressive.”

Bennett has reached out to the Tucson Police Department’s homeless outreach team back in Jan., got a case number but hasn’t heard back.

Most of the City Council seems to be against the idea of controlled encampments preferring a housing first solution.

“If we are serious about humanizing our homeless residents, we have to invest in them as people. We can’t address homelessness with shortsighted, one-off solutions. This is why Mayor and Council have been investing in our Housing First model for the last two years through the purchase of hotels, staffing, and successful pilot,” Mayor Regina Romero said in statement sent to KGUN9.

“Directing resources into encampments is shortsighted and irresponsible. Data shows encampments are not a long-term solution: they are costly and take away human dignity by keeping the unhoused in the shadows.”

——-
Brian Brennan is an Meteorologist and reporter for KGUN 9. Brian’s fascination with weather began as a kid in Arizona watching the intense thunderstorms during monsoon. Seeing ice fall from the sky (in the form of hail) onto the hot desert got him hooked. Brian also has a passion for telling people’s stories and reporting. He has covered major breaking news, court trials, Nellis Air Force Base, and has put himself at the center of many weather events. Share your story ideas and important issues with Brian by emailing brian.brennan@kgun9.com or by connecting on Facebook, Instagram, and Twitter.