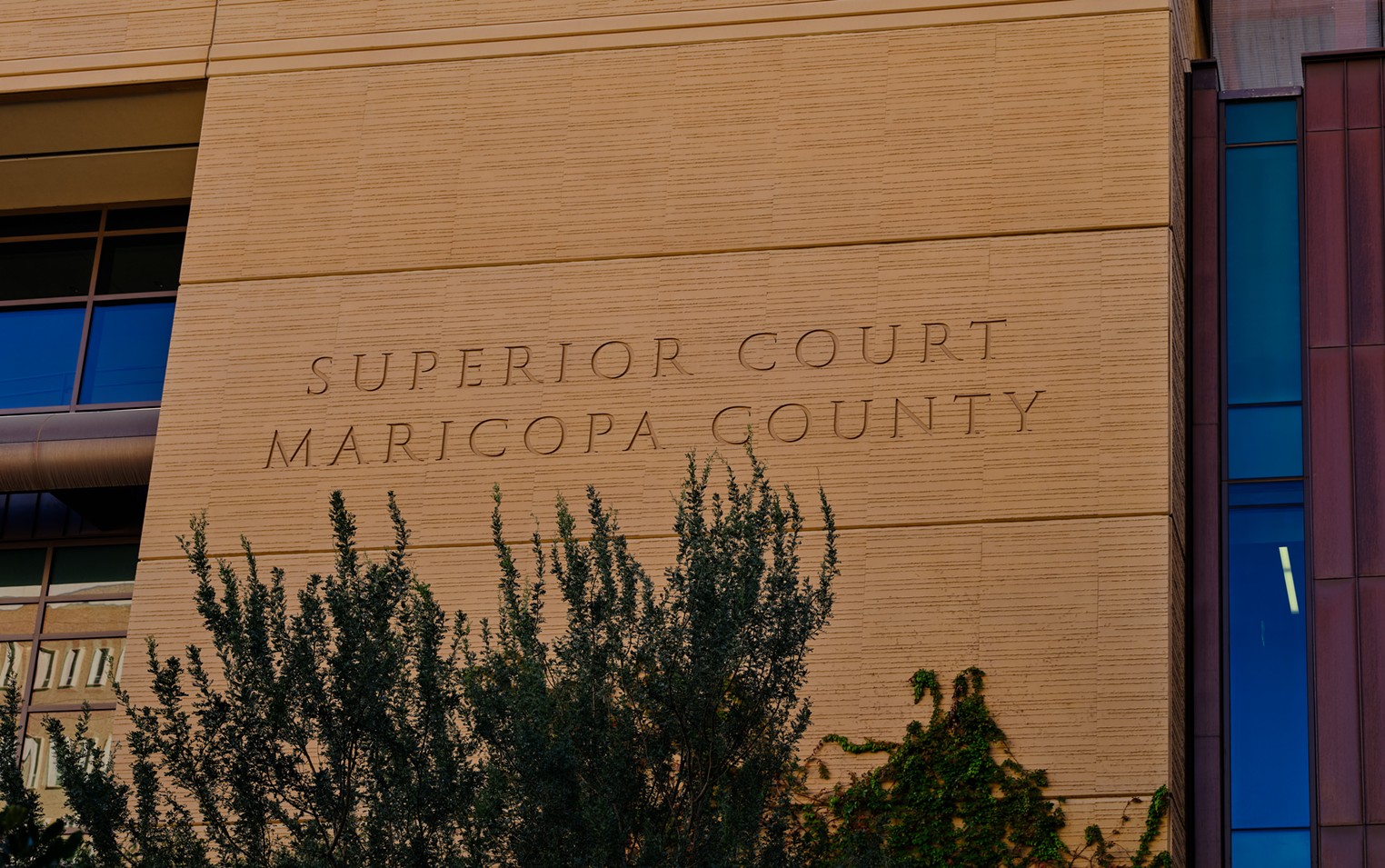 A judge has dismissed death row prisoner Clarence Dixon’s last-ditch effort to challenge the makeup of Arizona’s clemency board.

Attorneys for Dixon had argued that the board, which later this month will consider commuting the death sentence, was illegally stacked with former cops.

State law requires that the board have no more than two members from any professional discipline. Three members of the five-person board worked in law enforcement for decades. The board chair is a former assistant attorney general, and the other seat is vacant.

But Maricopa County Superior Court Judge Stephen Hopkins disagreed. On Tuesday morning, Hopkins struck down the special action suit, which was filed last week, on the grounds that law enforcement “has not been thought of as a ‘profession.'”

Dixon’s execution is scheduled for May 11. Arizona Attorney General Mark Brnovich has tried for a year to issue a death warrant in his case.

Dixon was convicted of the murder of Deana Bowdoin, a 21-year-old ASU student, who was raped and stabbed to death in her apartment in 1978. Dixon, Bowdoin’s neighbor at the crime, wasn’t connected to the crime until decades later, when DNA evidence led detectives to him. He was already serving life in prison for another sexual assault of a young woman.

Bowdoin’s sister has continued to advocate for Dixon’s other victims in the years since, and has said she supports the death penalty in his case. “When my mother passed in 2009, all she wanted was some final justice for Deana, and that people would always remember Deana,” her sister, Leslie, wrote in a letter to governor Doug Ducey in 2020.

If the execution proceeds as scheduled, it will be the first time that Arizona has carried out the death penalty since a badly botched execution in 2014.

In the days since Dixon’s death warrant was issued, his team of attorneys has been busy attempting to stay the execution. They have argued that Dixon’s execution would be unconstitutional, given his well-documented, serious mental illness.

The Arizona Board of Executive Clemency considers a variety of petitions from imprisoned people for commutations or pardons. Only the governor has the power to commute sentences, but he considers the recommendations of the clemency panel.

Dixon’s case is the first capital case that the board has heard in years, and thus the first such case that has been heard by these five panelists. Clemency hearings are one of the last legal obstacles standing in the way of an execution. Dixon’s hearing is scheduled for April 28, less than two weeks before his scheduled death.

In their lawsuit, Dixon’s attorneys made the case that three board members — Salvatore Freni, Louis Quiñonez, and Michael Johnson — all came from the same professional discipline, law enforcement.

The three board members have, between them, a combined 85 years of experience in the field. Freni and Johnson worked at the Phoenix Police Department for 30 years and 21 years, respectively. Freni served as an officer, detective, and lieutenant; Johnson spent most of his time as a homicide detective, and later went on to serve three terms on the Phoenix City Council.

Quiñonez, meanwhile, worked for 27 years as a federal law enforcement officer with several agencies, and has since taught criminal justice at Glendale Community College.

“If the legislature intended to say, ‘no more than two members of the Board may have prior law enforcement experience,’ it could have easily done so,” he wrote.

Furthermore, Hopkins ruled that attorneys had not successfully argued that the three board members came from different disciplines, given their separate roles in law enforcement. “To the extent law enforcement may be considered a ‘profession,’ the Court finds from the information presented that each of these three members represents a different ‘discipline’ within the large rubric of law enforcement,” he wrote.

In a statement Tuesday, attorneys for Dixon said they planned to appeal the ruling.

“Mr. Dixon is entitled to a fair clemency hearing before an impartial clemency board that complies fully with state law, not one that is illegally stacked with law enforcement officials,” wrote Joshua Spears, one of Dixon’s attorneys. “We are reviewing our options to appeal the Superior Court’s ruling.”

You can read Judge Hopkins’ full opinion below: