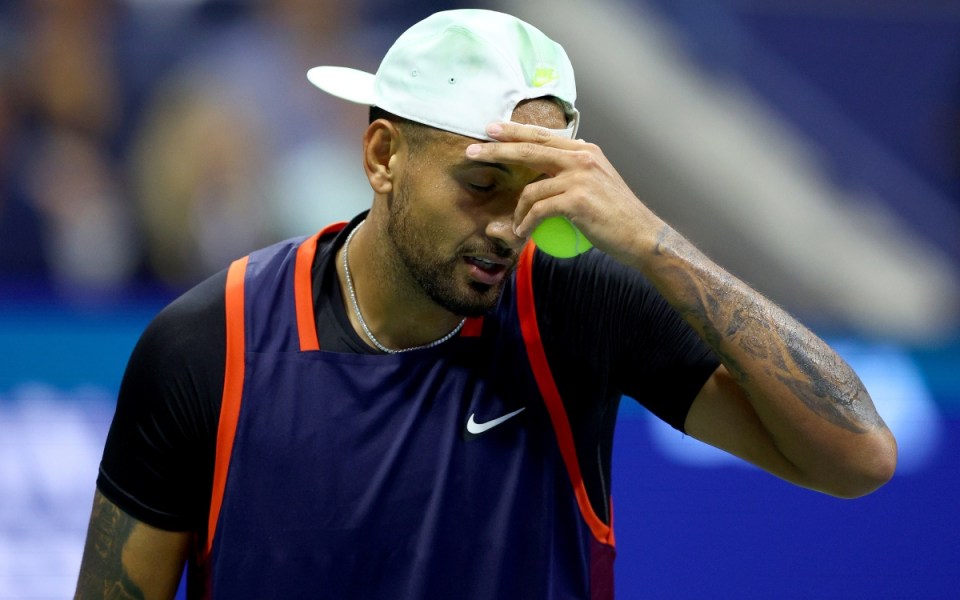 Nick Kyrgios’s US Open campaign is over following a disappointing five-set quarter-final loss to Karen Khachanov.

Unable to back up his rousing fourth-round win over world No.1 Daniil Medvedev, Kyrgios crashed to a 7-5 4-6 7-5 6-7 (3-7) 6-4 defeat to the Russian 27th seed on Wednesday afternoon (Australian time), ending Australia’s singles hopes for another year.

But while Tomljanovic was valiant in defeat, Kyrgios produced an at-times half-hearted performance at Arthur Ashe Stadium.

The in-form Wimbledon finalist looked subdued from the outset, possibly the hangover effect from his electrifying victory over Medvedev two nights earlier.

Possibly because he was carrying a niggling injury. Or maybe he was fatigued from a gruelling and successful American hard-court swing.

Whatever the reason, Kyrgios lacked his usual energy and paid the price for a slow start, playing catch-up for most of the night.

He appeared to be going through the motions throughout the first set as the two power servers seemed headed towards an inevitable tiebreaker.

Kyrgios, though, dropped serve at 5-6 with a double-fault then a nonchalant volley that enabled Khachanov to play a routine lob to take the set.

Kyrgios immediately took a medical time-out, telling the trainer he felt a sharp pain in his left upper calf muscle.

He resumed playing but seemed to be losing his stomach for a fight, complaining to his box: “I don’t want to play through this s–t. I really don’t want to f—ing do it.”

But out of nowhere he broke Khachanov in the third game of the second set to revive his challenge.

While barely shifting out of second gear, Kyrgios did enough to continue holding his serve to nab the second set and square the match up.

Showing increasing signs of life, the Wimbledon runner-up finally fist-pumped to his box after he levelled the pivotal third set at 4-4 with a pair of big aces.

He looked on top, dominating Khachanov from the baseline and urging the crowd to will him to a decisive break.

He had two chances the next game but failed to convert either – and promptly erupted, receiving a code violation for breaking a racquet in disgust.

Opportunity lost, the hot-head hit the self-destruct button and found himself down double set point at 15-40 the very next game.

Kyrgios looked almost resigned to handing over the set, only for Khachanov to frame a sitter at the next on the first set point before the Australian fired down three unreturnable serves to momentarily escape peril.

He couldn’t hold from 15-40 down a second time, though, as Kyrgios fumed at his box – yet again – for not offering enough vocal support.

“You don’t even know what a break point is. An embarrassment,” Kyrgios screamed over and over to his entourage, before receiving another warning, this time for unsportsmanlike conduct after pelting a water bottle into the court.

After settling down, Kyrgios raised hopes of a fightback when he snatched the fourth set in a tiebreaker.

But despite carrying an impressive 11-3 career record in matches that have gone the distance, Kyrgios dropped serve in the first game of the deciding set and never recovered, eventually bowing out after three hours and 39 minutes.

Khachanov will play Norway’s Casper Ruud in his semifinal.

Scene-stealing stunt in the stands

Earlier, there was a hairy situation off-court when two men were booted from the Arthur Ashe crowd after one buzzed the other’s head in the stands while Kyrgios and Khachanov played below.

One was later identified as YouTuber JiDion, who is known for his stunts.

The men appeared courtside with clippers and a barber’s cape. But it wasn’t long before tournament security removed them from the stadium.

“When someone saw it, security went to the two individuals. They were escorted out of their seats and then off the grounds for disruption of play,” US Tennis Association Brendan McIntyre said.

“”There’s a first time time for anything.”