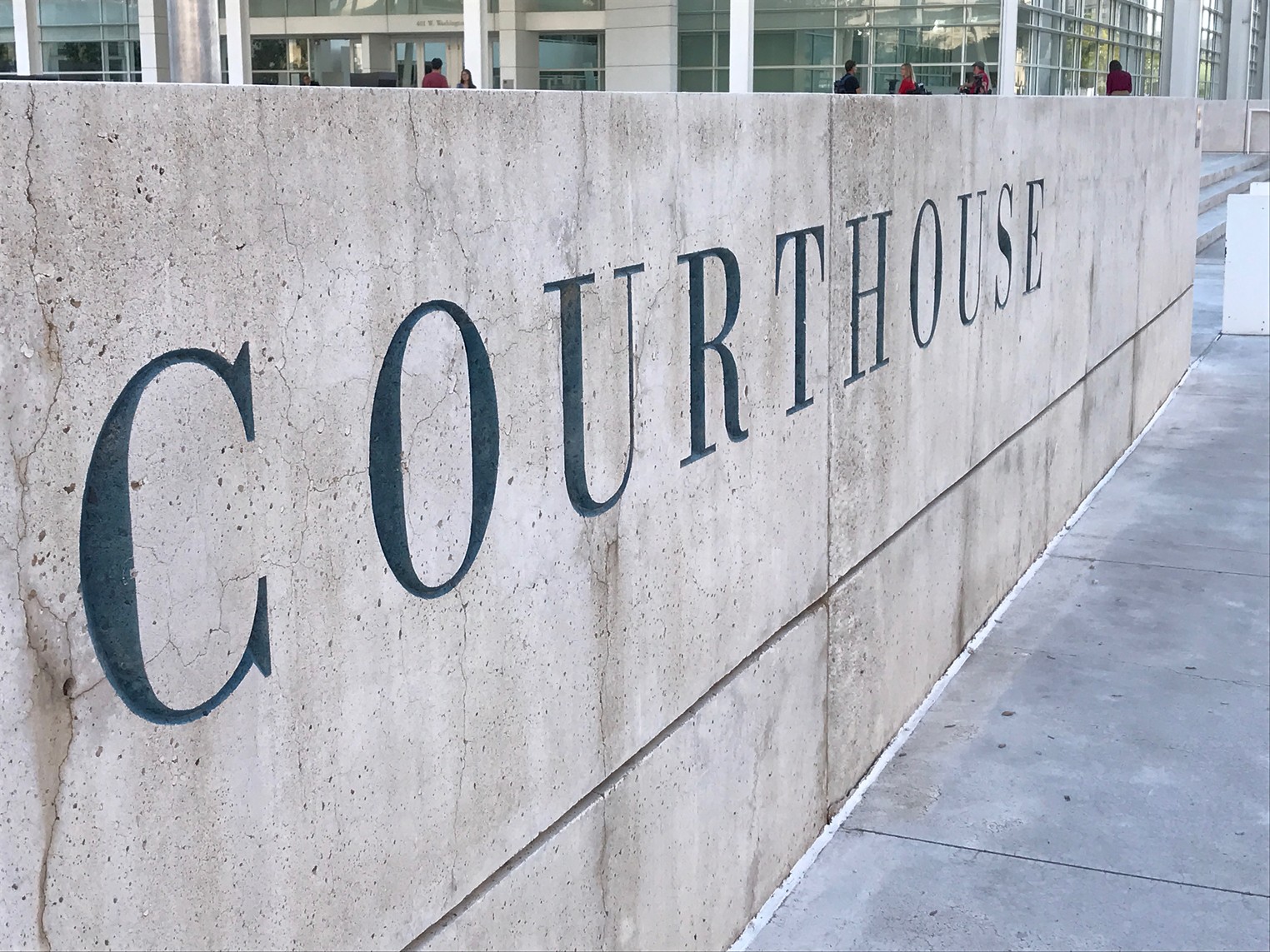 A new law in Arizona that would ban video recordings within eight feet of police officers had its day in court on Friday.

The American Civil Liberties Union of Arizona and several news organizations sued over the law last month, arguing that it’s flagrantly unconstitutional. No one seems to disagree.

At the hearing on Friday, U.S. District Court Judge John Tuchi granted the ACLU’s motion for a preliminary injunction and blocked the law — at least temporarily. The law was set to take effect on September 24.

Notably, none of the defendants in the case were interested in defending it. Attorneys for the three defendants — Maricopa County Attorney Rachel Mitchell, Maricopa County Sheriff Paul Penzone, and Arizona Attorney General Mark Brnovich — appeared at the hearing and said they didn’t oppose the injunction.

“Neither one of those defendants advocated for this law. Neither one of those defendants were seeking to enforce that law at any point,” Joseph Vigil, a deputy county attorney at the Maricopa County Attorney’s Office representing both Penzone and Mitchell, told the court. He said that the two agencies had no interest in defending the law in the future.

The three defendants were named because they represent some of the most powerful law enforcement and prosecutorial agencies in the state. In the past, the attorney general’s office has defended laws that it wanted to enforce. But Brnovich, it seems, is not interested in enforcing the new law.

Attorneys for the county agencies and the attorney general declined to comment to media outlets after the hearing.

State Representative John Kavanagh, a Republican from Fountain Hills, authored and pushed the law through the legislature this year. Despite being warned that the bill was likely unconstitutional, lawmakers passed it anyway. In July, Governor Doug Ducey signed it into law.

The law bans all video recording of police officers within an eight-foot perimeter. Doing so without an officer’s consent — unless you are the subject of a traffic stop or police contact — would be a class three misdemeanor, punishable by up to 30 days in jail.

In its lawsuit, the ACLU argued that the law clearly violated the First Amendment. Ten media organizations joined the suit and said that the law would seriously interfere with their ability to report the news. To support that argument, attorneys argued that the law was a “content-based” restriction — a speech restriction based on the speech’s substance. “It prohibits video recording of only one topic: law enforcement activity,” attorneys wrote in the lawsuit.

At the hearing, Tuchi told attorneys he believed that the law was “clearly” a content-based restriction and deserved a more serious level of scrutiny, which he doubted that the law would survive. Given the threat of a constitutional violation, Tuchi said he was justified in his decision to enjoin the law.

“It’s a huge win,” ACLU staff attorney Benjamin Rundall told Phoenix New Times after the hearing. “It means that the rights of every resident in Arizona are protected.”

So, Arizonans can still film police officers freely — for now.

Tuchi set a September 16 deadline for anyone else to intervene in the suit. While Brnovich, Mitchell, and Penzone have no interest in defending the law, Arizona lawmakers — or other agencies — might. Arizona Senate President Karen Fann has said lawmakers are considering this.

The case will then turn to the question of a permanent injunction, which would block the law permanently.