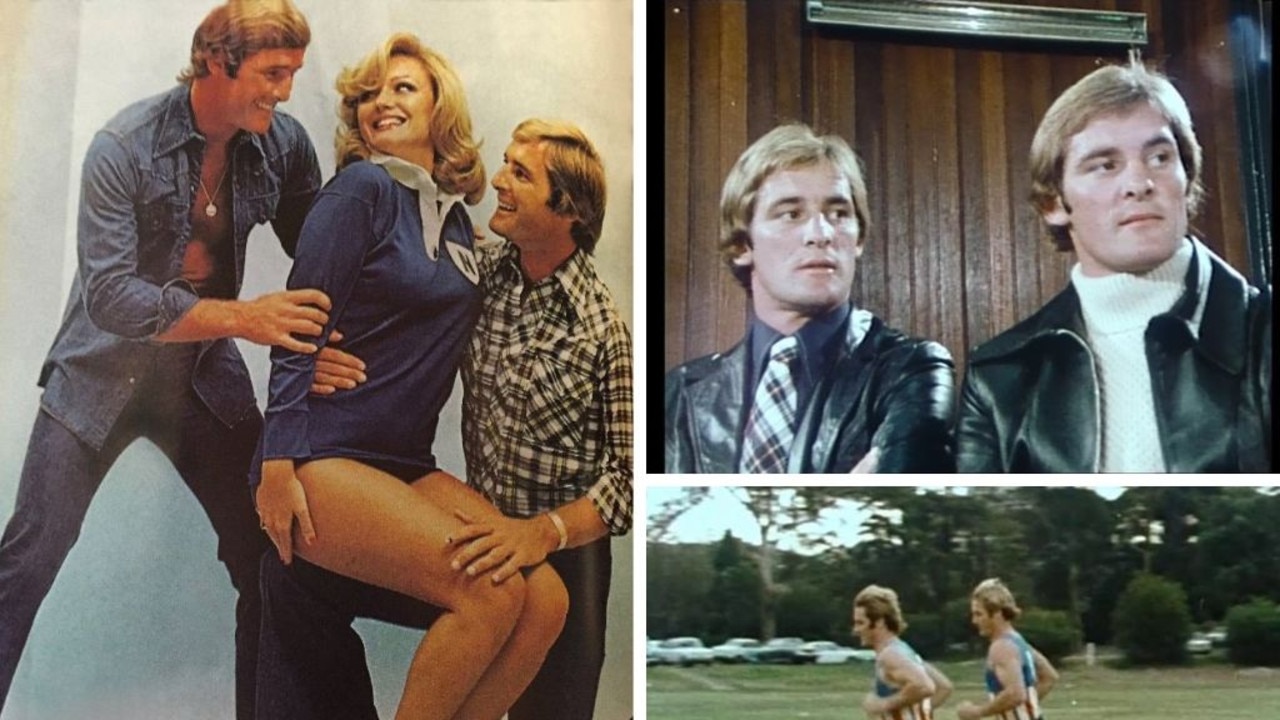 The trial over the murder of Lynette Dawson has laid bare the unusual relationship between killer, Chris Dawson, and his twin, Paul.

For almost all of their existence, the twins have essentially led parallel lives. But that all changed on Tuesday when Chris was found guilty of murdering his first wife Lynette 40 years ago.

Justice Ian Harrison found the 74-year-old spun a web of lies that demonstrated a consciousness of guilt and said he had “resolved to kill his wife” after becoming “infatuated” with his student and teen babysitter, known as JC.

Chris was taken from the NSW Supreme Court in handcuffs and whisked away following the guilty verdict.

The focus on Lyn’s disappearance has highlighted the oddly close relationship shared between Chris and Paul, who have mirrored each other almost identically in the major facets of their lives.

Brothers’ relationship in the spotlight

The twins have always chosen to play the same sports on the same teams, live in the same neighbourhood and choose the same career paths.

They refer to themselves as “1 Twin” and “2 Twin”, with the latter referring to Chris as he was born after his brother.

The pair have even been seen sporting matching number plates with their nicknames.

When it came time to choosing a career path, both men went to teacher’s college and, after graduation, would take identical roles at the same, or nearby, schools.

Insight into the bond between the brothers can be seen in a 1975 ABC TV Chequerboard series, which interviewed Chris and Paul, and even featured Lyn.

“Quite often, you will see a reflection of yourself and straight away you think, ‘Ha, it’s the other one, it’s the twin brother,’” one of the twins told the interviewer.

“Of course, on realisation, it’s obviously yourself, you sort of have a little chuckle that you could be confused. Our whole lives really are a mirrored reflection of each other.”

The interviewer then asks: “Do you think it’s hard on your wives to be married to twins … you are so close?”

Paul Dawson replies: “Quite often, friends of our wives say, ‘What’s it like sharing your husband?’”

Lynette Dawson then flashed on the screen for a few seconds, saying that she hadn’t thought about “sharing a husband” until “somebody asked a couple of years ago”.

She said: “To me, it just seemed so silly. You just join in.

“You encourage their closeness, not that it needs encouraging.”

Seven years after the interview Lyn vanished, leaving Chris free to marry the young schoolgirl girl that he had formed a sexual relationship with.

JC had become the couple’s live-in babysitter at the age of 16 in Sydney’s northern beaches, while Lyn was still alive.

Chris married the young woman in 1984, with the pair moving to Queensland where they lived in a house one street away from Paul and his wife Marilyn.

Scuffle outside court and Paul taking to the stand

Emotions were running very high on Tuesday afternoon after the guilty verdict was read, with Paul and the twins’ other brother, Peter, clashing with the media.

Police had to intervene after one brother appeared to nudge a cameraman.

“That’s my wife,” one brother said.

After the scuffle, media continued to follow the family.

A police officer tried to shield the woman from the media and kept their hand on her back.

The brother then hugged his emotional wife, who appeared to be crying and distressed.

Back in June, Paul took to the stand during his brother’s murder trial, claiming Lyn was “very positive” about the state of her marriage days before she disappeared.

He painted a positive picture of his brother’s marriage around Christmas 1981, days before Ms Dawson went missing from her home.

Paul Dawson told the court that on Christmas Day he recalled speaking to Lynette and she was upbeat about her marriage.

“It was good,” Mr Dawson said when asked by crown prosecutor Craig Everson about the state of his brother’s marriage in late 1981.

“Chris was being very positive towards it. I spoke to Lyn on Christmas Day, she was very positive about it. They were both looking forward to the future.”

The Supreme Court judge who decided Chris Dawson’s fate wasn’t told the shocking story of a schoolgirl allegedly passed around for sex by his twin brother, The Australian reported

Paul Dawson has denied wrongdoing, previously telling police his relationship with the girl, “Alice” started just after she left school.

In July 1982, when Alice was 17 but still at school, he allegedly began arranging for her to have sex with other men.

On another occasion, Paul Dawson allegedly called her to his office to perform oral sex on him during school hours. He had been her sex education teacher.

The girl made a statement to police about the alleged events, but it was the subject of a non-publication order by a coroner in 2003.

Paul Dawson was also allegedly having sex with another teenage girl who’d been one of his students, The Australian reported.

The girl’s were aged two and four when their mother mysteriously vanished in 1982, which was the last time they ever heard from her again.

The elder, Shanelle, is now 44 and the younger daughter is 42, with both women remaining silent on the situation for decades before finally speaking out in 2018.

Shanelle broke her silence by telling 60 Minutes the absence of a mother left her feeling abandoned and confused for much of her life, but spoke fondly of her father, saying he was “fun”.

She said he was a loving father to her, and struggled to see him as the man that others made him out to be.

The younger daughter also publicly defended her father, claiming there was a “witch hunt” against him.

“My dad’s getting hounded because there’s all these people that have got it in for him,” she told the Gold Coast Bulletin.

“Rather than focusing on perhaps that there could be someone else.”

JC, formerly Chris’ babysitter and student, give birth to a baby girl a year after their marriage in 1984.

The pair divorced in 1990, with the woman now living back on Sydney’s northern beaches.

Chris then married his third and current wife, Sue Dawson, who he met shortly after his second divorce.

They were both working as teachers on Queensland’s Capricorn Coast at the time.

Sue was separated from her husband, with whom she shared twin children, Kobi and Jaga.

The pair got married and moved to the Sunshine Coast, with Sue’s children taking the Dawson name.

She has stuck by her husband as he faced repeated probes into the disappearance of Lyn.

Sue did not attend court on Tuesday where the guilty verdict was handed down and it is understood she remained at their Sunshine Coast home.

Defence barrister Greg Walsh told media outside court that Dawson was “not doing well” and was very upset by the verdict.

“He’s upset, he wanted me to ring his wife Sue and talk to her … we don’t know where he’s going to go (to prison),” Mr Walsh said.

“Mr Dawson has always asserted, and he still does, his absolute innocence … and he will continue to assert that innocence and he will certainly appeal,” he said.