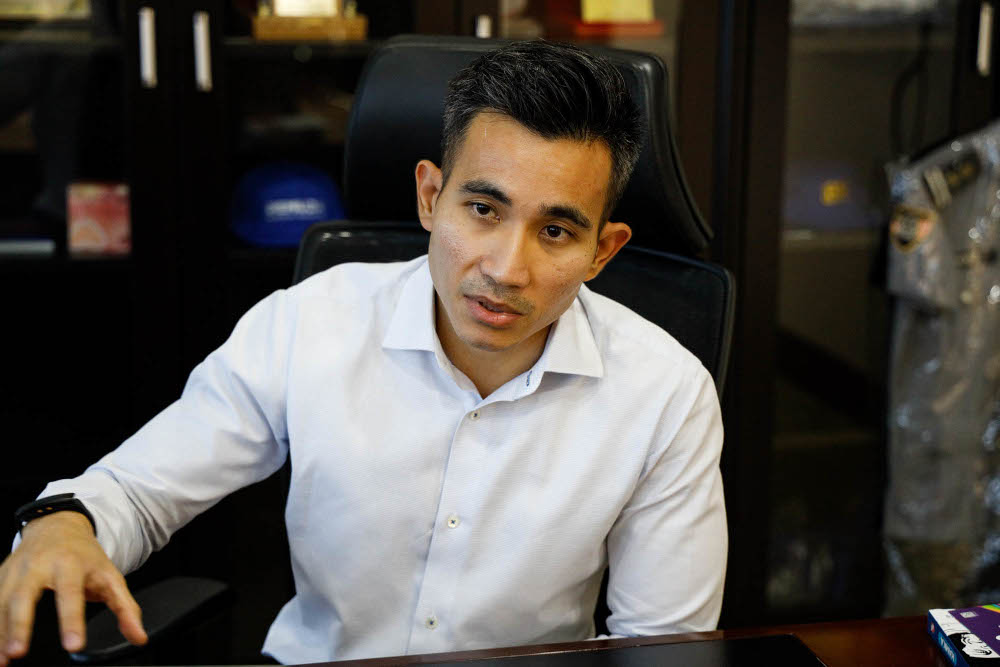 Shahril speaks during an interview in Kuala Lumpur on April 12, 2022. — Malay Mail photo

KUALA LUMPUR (May 20): Umno information chief Shahril Sufian Hamdan today said that the abolishment of approved permits (APs) to import food into the country was not a hasty decision, but a decisive step in being responsive to the country’s situation.

Shahril said the move supports other policies, such as the previously announced price controls and subsidies as well as financial assistance of RM200 per month for rice farmers, as announced by Prime Minister Datuk Seri Ismail Sabri Yaakob yesterday.

“The problem before us is food inflation. So whatever measures that are able to help, as long as they do not give long-term adverse effects, should be implemented,” he said in a statement this morning.

His statement was in response to former minister of Agriculture and Food Industries (Mafi) Datuk Seri Salahuddin Ayub’s criticism that the abolishment of APs was a populist move and a rushed decision.

In return, Shahril Sufian criticised Salahuddin’s suggestion of setting up a committee to study the situation before committing to the move, saying that the National Action Council on Cost of Living (NACCOL) already exists and works with Mafi and the Ministry of Domestic Trade and Consumer Affairs to discuss issues concerning the rise of food prices, factors behind them, and measures that can be taken.

Another factor that can be controlled by the move to abolish APs, according to Shahril Sufian, is the control of cartels over the local market. He hopes that the measure will loosen the grip of cartels, as anyone within the local market will be able to access alternative offshore market resources.

“The rise of food prices is an issue that is plaguing the entire world.

“Each country will need to act with their own measures to minimise the impact,” he said.

The move to abolish APs has been criticised by local industry observers and stakeholders such as Federation of Vegetable Farmers Association president Lim Ser Kwee.

Lim told Malay Mail that he fears the measure could backfire on local farmers, causing shocks to local supplies.

MAFI said that only four types of agro-food commodities are no longer subject to APs: round cabbage, old coconuts, chicken and milk.

APs are still required for the import of rice. — Malay Mail