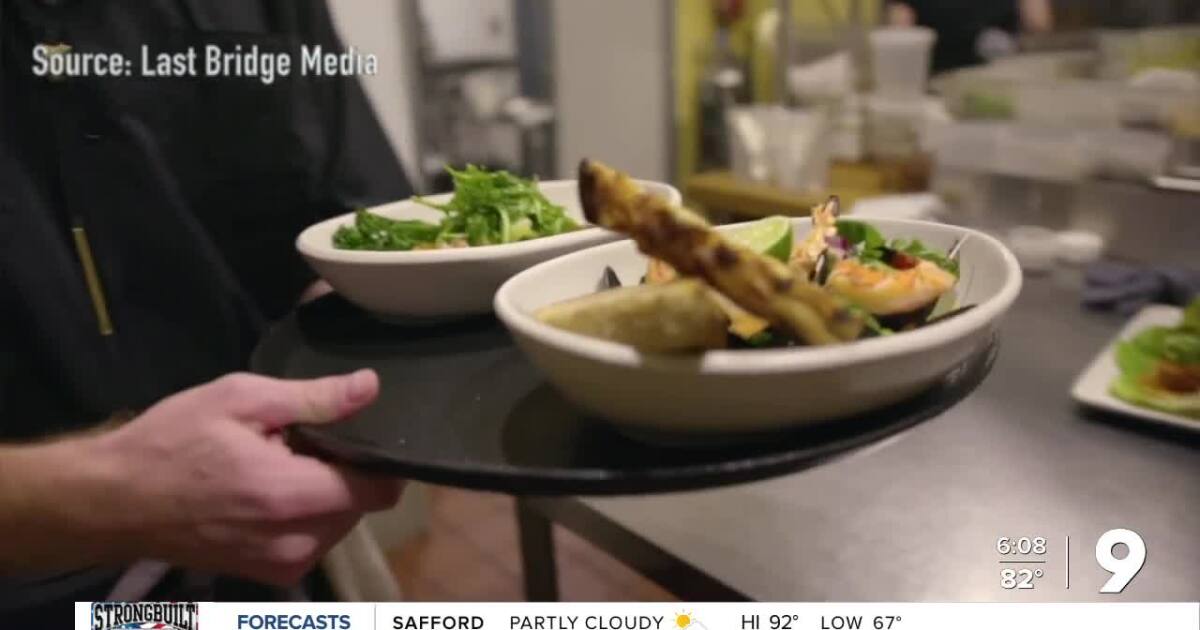 TUCSON, Ariz. (KGUN) — With the weekend upon us, maybe you’re itching for a night out. Local restaurants are offering an extra enticement to head out for dinner.

Tucson is a great place to sit down for a great meal but it’s especially great this week when they’re serving up specials for Sonoran restaurant week.

Tucson’s been a cultural crossroad since it began. That helped write the recipe for part of the United Nations to recognize Tucson as one of only two Cities of Gastronomy in the US.

“Some of these restaurants have been open for over 100 years. So I can’t say it just happened overnight, but it’s been more of a slow build up. I think people just don’t realize just how many great and diverse restaurants we have here in Tucson.”

At The Coronet, Sally Kane is ready to introduce you to great food—whether you’re an adventurous eater or not.

“It’s simple on the plate. It’s absolutely delicious. And the best things that like we give you is when you experience things that are outside of your normal comfort zone or realm. That’s the spice of life. Is to try something new.”

Bata restaurant is not doing specials for Sonoran Restaurant Week but still has special news to share. After roughly six months serving an ultra local, ultra fresh menu that can change every day, Bata just learned Bon Appetit Magazine rated it one of 50 best new restaurants in the country.

Courtney Fenton says it was a shock, but a good kind of shock.

“Our reservations are really piling up. So we’re excited about that. And we’re just going to continue to provide the same experience that we always have and are excited to have some new guests potentially coming in and our regulars that have been supporting us from the beginning.”

——-
Craig Smith is a reporter for KGUN 9. With more than 30 years of reporting in cities like Tampa, Houston and Austin, Craig has covered more than 40 Space Shuttle launches and covered historic hurricanes like Katrina, Ivan, Andrew and Hugo. Share your story ideas and important issues with Craig by emailing craig.smith@kgun9.com or by connecting on Facebook and Twitter.