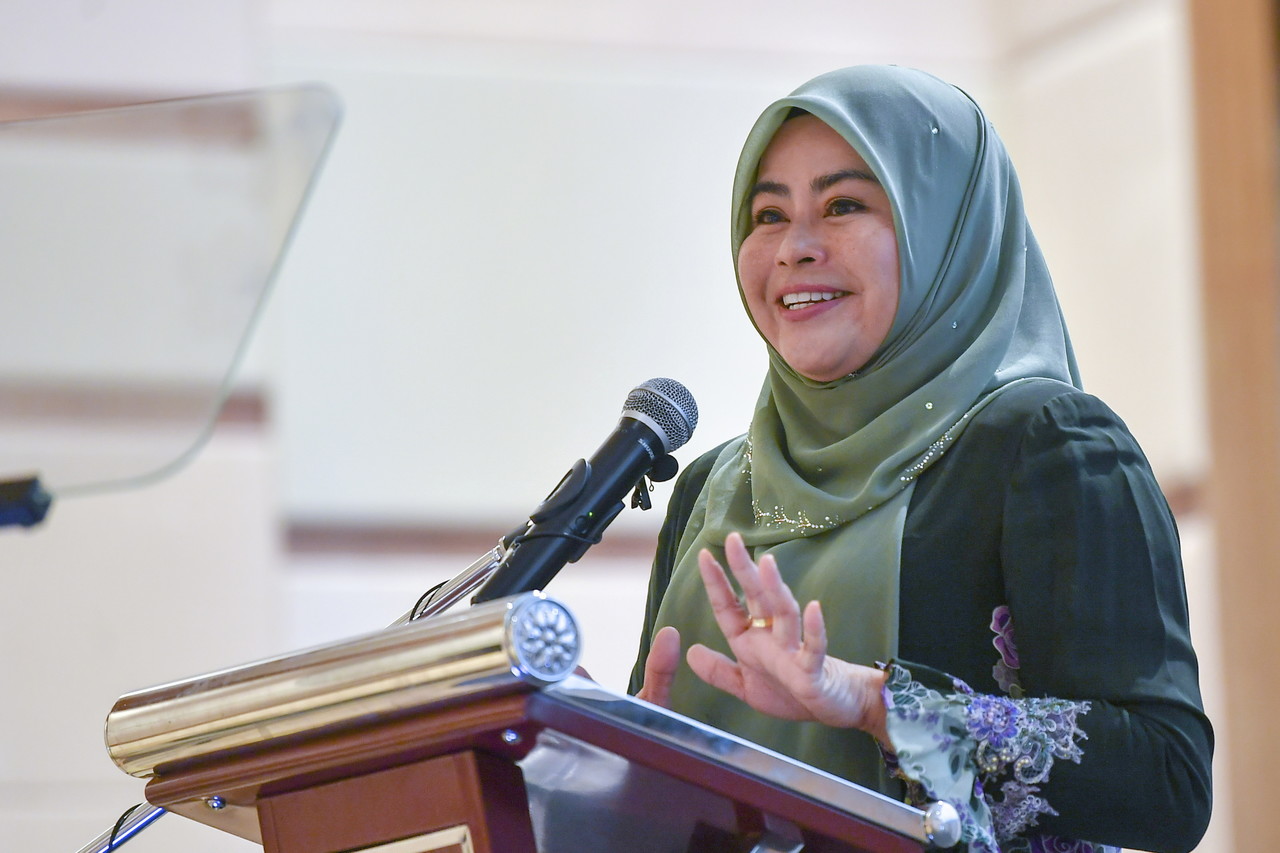 PUTRAJAYA (Sept 22): The Ministry of Higher Education (MOHE) plans to establish a university that specifically caters to women, which indirectly would increase Malaysia’s visibility in higher education and further strengthen its position as an international higher education hub.

Higher Education Minister Datuk Seri Noraini Ahmad said currently the number of women enrolled in local public higher education institutions is more than 350,000 which constitutes 61 per cent of the overall student enrolment, while more than 530,000, which is 53 per cent of female students, are enrolled in local private higher education institutions.

“MOHE welcomes any proposal for cooperation in the field of higher education that will bring mutual benefit,” she said in her speech at the Networking Session with the Lady Heads of Mission in Malaysia, here today.

“In total, 24 of our universities have climbed the ranks, making this year one of our most successful years in higher education as far as ranking is concerned. Should we establish a university catering for women, I believe we can help it rise in the QS WUR as well,” she said.

Noraini said the MOHE are committed to enhancing cooperation and reducing barriers in education services with its international counterparts.

“We believe that the internationalisation of higher education will increase competitiveness, which is an important driver of quality among our graduates.

“We also aim for our education system to cater to the demands of the job market and society,” she said adding that in line with this objective, higher education institutions have launched many initiatives such as forging Memorandum of Understandings and Agreements.

She said this year, she had the privilege to witness the signing of 12 Memorandum of Understandings and one Memorandum of Agreement in India, Qatar, the United Kingdom, Romania, Turkiye, and Canada.

“These partnerships are geared to ease collaborative research and innovation activities, student and staff mobility programmes, the organisation of joint seminars and more,” she said.

“UKM will also be opening its branch campus in Doha in 2025, making it our first public university to have a physical campus abroad.

“Additionally, there are ongoing discussions on the establishment of the Malay Studies Chair at Jawaharlal Nehru University in India and the School of Oriental and African Studies, at the University of London,” she said. – Bernama