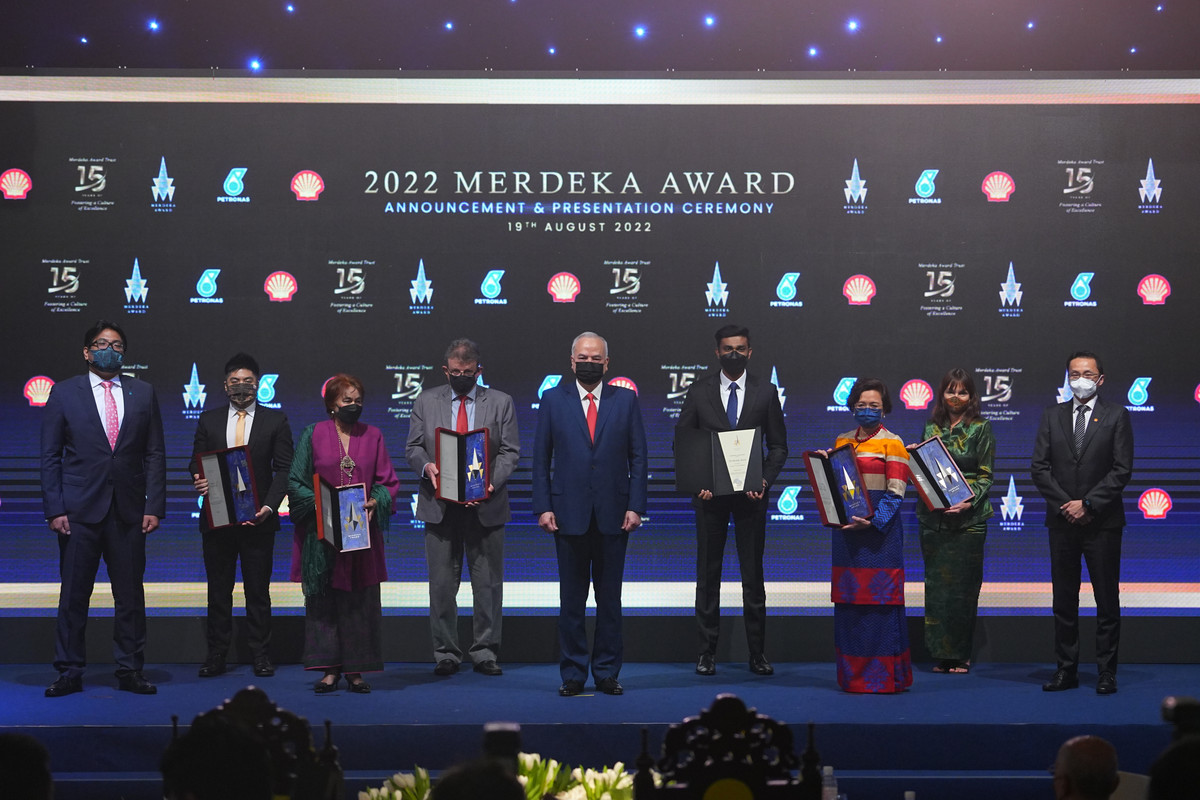 THE world has less than eight years to turn the corner on global warming, according to the Intergovernmental Panel on Climate Change.

If we miss the mark and the planet gets any warmer, none of us will survive the ravages of climate change.

The Global Environment Centre (GEC) is a leading light for both Malaysia and the Southeast Asia region in this race against time.

The organisation, established in 1998, has been instrumental in rehabilitating rivers, preserving peat swamp forests and restoring mangrove areas, among others, to keep the Earth cleaner and cooler.

In Malaysia alone, the GEC has rehabilitated 27 rivers and planted over 400,000 mangrove tree saplings to restore over 130ha of degraded mangrove areas to date.

Additionally, it has helped the Selangor government to protect 95,000ha of peat swamp forests in the state.

This year, the Merdeka Award Trust conferred its prestigious Merdeka Award on GEC to laud and recognise its contributions to the environment.

The Merdeka Award was established on August 27, 2007, to recognise and reward excellent individuals and organisations whose work and achievements have not only contributed to the nation’s growth, but have also inspired greatness in the people of Malaysia. It is a prestigious award that honours their outstanding effort and role in living the ‘Merdeka’ spirit.

As one of the founders of the trust, PETRONAS congratulated the recipients on their exemplary efforts.

PETRONAS president and group chief executive officer Datuk Tengku Muhammad Taufik, who is also a Merdeka Award Board of Trustee, said, “The Merdeka Award recognises and rewards those who embody the spirit and heart of ‘Merdeka’ — and individuals and organisations who epitomise perseverance, emerging with an enduring purpose to improve the prosperity and progress of our people, as well as the wellbeing of society at large.

“Many Merdeka Award recipients continue their inspiring work with great passion, striving to create a sustainable future for all. They pave the way for us even as we navigate unprecedented challenges, all the while fostering a culture of excellence,” he added.

GEC founder and director Faizal Parish said that the Merdeka Award would inspire more people to be environmentally conscious and support the organisation’s projects to empower local communities.

“We have a very short time frame. From the global analysis, we have to turn the corner on global climate change by 2030. So, we need to push for that change.

“By 2050, the country will be battered by more storms, floods and droughts. We must be prepared from now.

“Our forests, wetlands, coral reefs and coastal areas are the lifeblood of the country. If we lose this natural resource base, we will not be able to become carbon neutral or sustain our populations.

“To sustain our natural water sources, as well as our fishery and aquatic resources, we must tackle land management, land degradation, biodiversity conservation and climate change in an integrated way.

“This requires us to redefine development. Instead of cutting down forests or mining our resources, we need to come up with value-added development models.

“The Merdeka Award will also allow us to secure funds for our community projects. At GEC, we want to empower indigenous and local communities to take ownership as stewards of the environment,” he said.

Over the past two decades, Faizal said GEC has established its presence across Southeast Asia and partnered with various international organisations.

“In 2000, we were appointed to assist the Intergovernmental Ramsar Convention on wetlands and the Convention of Biological Diversity to develop a river-based initiative to mainstream biodiversity conservation and river management.

“In 2003, the ASEAN secretariat appointed us to assist all its 10 member states to provide technical operational support to them in tackling fires and transboundary haze.

“This is currently the largest programme that we are working on in the region.

“The assessment collated information globally and was formally recognised by the Conference of Parties to the Intergovernmental Convention on Biological Diversity in 2008,” he said.

The Selangor state government, in 2010, partnered with GEC to safeguard peatlands and mangroves in the state, along with several other stakeholders.

Faizal said the project reduced peatland fires in Malaysia by 95 per cent and encouraged many stakeholders to restore degraded peatland sites.

In 2015, the United Nations Environment Programme also chose GEC’s project on integrated management of peatlands for biodiversity and climate change as one of the Top 20 Global Environment Facility projects over 20 years (1995-2015).

Then, in 2016, the federal government tasked GEC to lead the River of Life programme, an initiative to clean up and restore the Klang River that serves as the lifeblood for Kuala Lumpur.

A year later, GEC’s collaboration with the Selangor State Forestry Department secured the Raja Musa Forest Reserve, an accreditation by the Queen’s Commonwealth Canopy, the first such accreditation for the country.

The Energy and Natural Resources Ministry, in 2020, also recognised GEC as a non-governmental organisation role model for community-based mangrove restoration that it has undertaken for the past 20 years.

For Faizal, these accolades, awards and recognitions are a grim reminder of the ever-worsening climate challenges that the world must confront.

“The deterioration of the environment is unfortunately the main driver of our work.

“The current generation has failed the future generation because we will be leaving this Earth worse than it was 50 or 70 years ago.

“Although we have brought people out of poverty, we have destroyed the basic natural resource base that has been sustaining society around the world.

“So, our young people must embark on a paradigm change for their future. They must act now before climate change becomes irreversible,” he urged.

Malaysia is taking the lead on the climate agenda in the region, Faizal said.

“Malaysia has been a regional leader in several negotiations involving climate change and has helped GEC bridge the gaps in Asean and the Asia-pacific region.

“Although our river and coastal protection programmes are only focused in Malaysia currently, our peatland conservation programme has a wider reach in the region,” he said.

Peatlands, the largest and most important carbon source in Asean, emits massive amounts of greenhouse gases such as carbon monoxide and methane.

Peatland burning also triggers transboundary haze during the dry season — an annual dilemma for Malaysia — that affects visibility and leads to respiratory illnesses.

Since 2003, GEC has been Asean’s lead partner in managing 23 million hectares of peatlands within the region.

“Member states with larger peatland areas have also developed their own national action plan and we have been helping them at various levels.

“Our engagements with the local government, local community and the private sector to improve peatland management has significantly reduced peatland fires and degradation.

“There is still a lot more work to do but this is one of our biggest achievements,” he said.

More recently, Faizal said GEC had convinced palm oil producers not to cultivate the crop on peatlands through the Roundtable on Sustainable Palm Oil framework.

“They have also agreed to manage existing plantations on peatlands to be managed through best practices and to be monitored and audited as well.

“Some companies also pledged to phase out their plantations from peatlands and restore the peat forests in those areas.

“This is a significant success of our regional programme on peatlands,” he said.

These commitments, Faizal said, demonstrated a paradigm shift in the private sector, which is shifting towards a low-carbon model through the use of renewable energy sources.

“This type of transition is needed and we need to move quickly. Retaining our forests and peatlands is the best way to absorb and store carbon.

“This is the only way we can offset some of the emissions. And, the government should support businesses by implementing more enabling policies, such as subsidies or carbon taxes, to draw investments and drive the progress forward,” he said.

Faizal said the shared vision for a cleaner, greener environment in the region must include another key stakeholder: indigenous and local communities.

Unfortunately, their participation in the climate agenda is often neglected, Faizal said.

Indigenous communities have lived in the natural environment longer than any other populations, Faizal said. And they naturally possess the right values and sense of ownership that we should leverage on.

“Indigenous communities from North America believe that we do not inherit the Earth from our ancestors; we borrow it from our children.

“And many indigenous communities around the world, including Malaysia, hold on to a similar belief. They feel and view themselves as part of Mother Earth and this is a very important mindset that we should all have.

“Their inherent connection with nature makes them the best stewards of our planet. But, we do not give them any power to fulfil their responsibilities.

“Instead, we label them as intruders and encroachers that must be chased out from forest areas.

“We should actually be doing the opposite, by empowering them through proper training and sufficient funds to preserve their natural heritage.

“We should develop and offer employment opportunities within their natural environment instead of drawing them to urban cities for jobs.

“That way, they can generate income while staying in their villages and do what they know best — protecting our forests.

“GEC is trying to establish as many new local community groups as we can to advocate, advise and act for the environment. So far, we have some very small but successful schemes for local communities.

“We are confident that these ‘small seeds’ can grow and transform into ‘big trees’,” he said.

To date, GEC has empowered over 260 community groups and 700 education institutions through various strategic partnerships.

Some of these significant and successful partnerships include Friends of River Basin, the award-winning National River Care Fund and Sahabat Hutan Bakau.

Its Community Sustainable Peatland Centre also educates local communities and students on the peat swamp forest ecosystem and tackles the challenges that the ecosystem faces.

The key to beating the climate crisis boils down to having the right attitude, Faizal said.

“We are not here to dominate and destroy but to be the stewards of this Earth. We need to fulfil the role properly for our future generations to thrive,” he said.