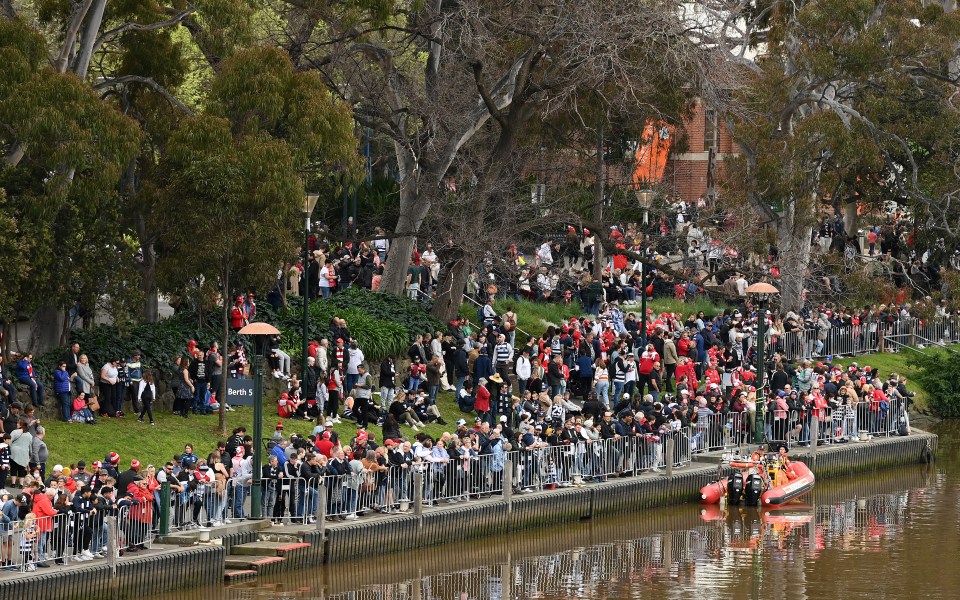 The parade usually moves through Melbourne’s city centre with players on the back of utes, but this year the Sydney Swans and Geelong Cats will float along the river.

The AFL scrapped the event in 2020 and 2021 when the grand final was played interstate due to COVID-19 lockdowns in Melbourne.

This year’s parade will see players travel down the Yarra from the Swan Street Bridge to the Princes Bridge from 10.30am, before turning back to the MCG.

The players will be presented to the crowd outside the ground, with the 2022 premiership cup on display.

The grand final has already drawn thousands to the city with 75 per cent of Melbourne’s hotels, motels and serviced apartments booked out for the weekend.

“It’s really important but it’s also fundamentally about who we are as a community of Victorians.”

Mr Dimopolous said allegations of racism at the Hawthorn Football Club would not tarnish the excitement of grand final week..

“They are harrowing and really disturbing allegations,” he said.

“But the AFL has strongly committed to an independent external investigation, which is the right thing to do.

“It’s provided us clear air and some genuine opportunity for Victorians to enjoy the greatest game in the country.”