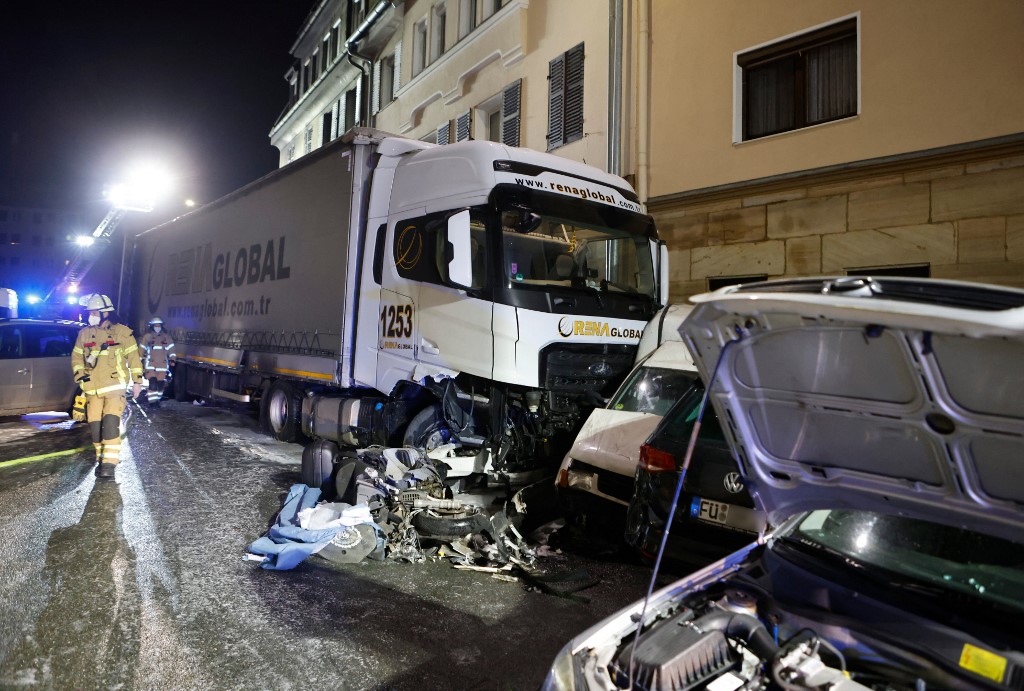 Firefighters work at the site of an accident on late February 8, 2022 in Fuerth, southern Germany, after a truck ploughed into a row of cars, setting some of them on fire. – AFP photo

FRANKFURT (Feb 9): A lorry driver under the influence of alcohol rammed into over 30 cars and caused a house fire in Germany’s Bavaria region on Tuesday evening, injuring himself and two others.

The 50-year-old driver “missed a red light and hit a passenger car at a crossing”, leaving the female driver lightly injured, police in the city of Fuerth said in a statement today.

Without stopping after the first accident, the Turkish lorry driver “rammed several parked cars” pushing them ahead of him and, in some cases, against the walls of neighbouring houses.

After the collisions, the lorry, a number of cars and the facade of a house caught fire. Local firefighters intervened to put the blaze out and evacuate the residents of the house.

The lorry driver himself and a passer-by suffered light injuries.

The damage caused by the incident was liable to be “immense”, the police force in Fuerth, to the west of Nuremberg in Bavaria, said.

The driver was arrested on site and was “clearly very drunk”, police said.

The local prosecutor’s officers ordered the detention of the lorry driver, who does not have a fixed residence in Germany. – AFP