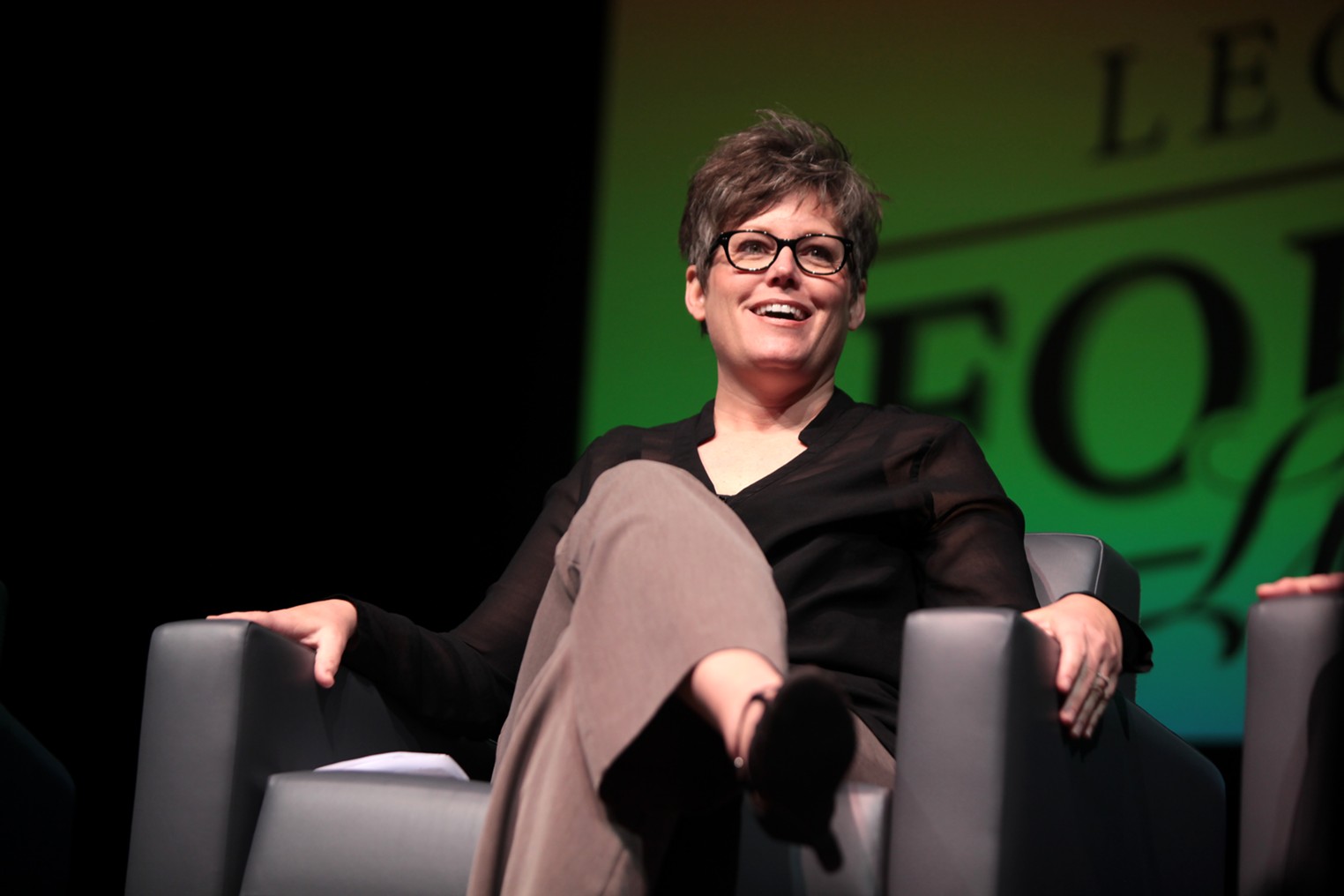 Arizona’s politicians have a new catchphrase: “It’s not up for debate.”

If you’ve cottoned to candidates exposing their political opinions and public policy proposals to potential voters, you’re in for a humdrum hangover between the primary and general elections this year. Candidates are flaking on public forums from Phoenix to Flagstaff.

One year after a mob of then-President Donald Trump’s supporters attacked the Capitol in Washington, D.C., the Republican National Committee penned a letter to the Commission on Presidential Debates. Republicans across the country threatened to skip traditional debates unless the committee enacted a host of partisan reforms.

Arizona Republicans took the letter to heart and localized it. At least one Democrat did, too.

We rounded up the most popular candidates who played hooky from the big stage, or who simply can’t commit to showing up. Here’s who — and why.

It’s not uncommon to see gamesmanship before campaigns agree to a debate. But Katie Hobbs, Arizona’s secretary of state and the Democratic nominee for governor, is obstinate in her refusal to debate her GOP counterpart, retired TV news anchor and conspiracy theorist Kari Lake.

The hour-long affair slated for October 12 is likely to be Arizona’s only gubernatorial debate. The event’s reach is expected to rival that of the Super Bowl, according to debate organizer, Citizens Clean Elections Commission.

The debate was first scheduled for October 5, but it was rescheduled to avoid conflicting with the Jewish holy day Yom Kippur. Debate organizers said they hope for confirmation of participation from both campaigns by September 2.

Hobbs’ commitment is, well, debatable. And the clock is ticking with just hours left to say “yes.”

“We have every intention of participating,” campaign spokesperson Joe Wolf said. Hobbs is demanding “changes to the format to ensure that Arizona voters get a robust policy debate based on fact,” he added, but her campaign hasn’t proposed any new ideas about how to stifle lies about rampant fraud in the 2020 election.

Lake offered Hobbs a backhanded compromise in hopes of moving the needle on October’s spectacle.

“To make things even easier for you, I’ll allow you to choose the moderator,” Lake sniped in a video posted to Twitter. “Hell, I’ll even let you write the questions.”

Abe Hamadeh’s debate with Democratic nominee Kris Mayes was quietly rescheduled from August 29 to September 28 after the Trump-backed Republican faced a rash of bad press.

Nobody blames Abe Hamadeh, Arizona’s Republican nominee for attorney general, for seeking a little R&R after a blitzkrieg of bad press spearheaded by New Times. We uncovered Hamadeh’s apparent admission of voter fraud in 2008 and followed with a story detailing issues with the financial disclosure he filed earlier this year.

When the news broke, Hamadeh’s debate with Democratic nominee Kris Mayes was quietly rescheduled from August 29 to September 28.

Mayes committed to the original date on August 17, according to emails provided to New Times. Hamadeh did not.

“We committed right away because that’s what you do for a debate,” Champion said.

The “original date didn’t work” for Hamadeh, campaign spokesperson Erica Knight told New Times. She added that there wasn’t a time “open in the schedule” until late September.

Mayes is skeptical. “The people of Arizona have a right to see us debate and present our ideas,” she told New Times. “I think it’s absurd for my opponent to duck and dodge and weave and postpone a debate. I’m looking forward to, at some point, being able to contrast my views with his because the people of Arizona are going to choose sanity over crazy.”

With just one-third of the vote, political newcomer Eli Crane stunned State Representative Walter Blackman in a crowded field to secure the GOP nod in Arizona’s newly drawn Second Congressional District, which is the largest in the state.

Crane is a Navy veteran who achieved fame on the reality show Shark Tank for his star-spangled, firearms-themed bottle openers. He claims to be “an America First candidate who is pro-life, pro-Second Amendment, and has the courage to take a stand against cancel culture and the radical left.”

On Monday, incumbent Democratic U.S. Representative Tom O’Halleran announced he agreed to participate in a televised debate with Crane on Arizona PBS. Crane outright rejected the invitation, according to Citizens Clean Elections Commission.

“As the Congressman representing rural Arizona for five years now, I’m not one to shy away from tough discussions on the issues hardworking families are facing,” O’Halleran said in an email to New Times. “I was looking forward to an honest debate with my opponent, and I’m disappointed that voters won’t get to see one. I’ll always show up for Arizona families.”

An August 24 poll from the right-leaning public opinion research firm Moore Information Group found that Crane is a one-point favorite over the incumbent.

Debate skippers aren’t limited to Arizona’s big-league races. According to the Citizens Clean Elections Commission, 44 candidates for the state legislature have declined or ignored invitations to debate.

State Senate firebrand Wendy Rogers was years ahead of her contemporaries in the RNC. In 2014, she refused to debate U.S. Senator Kyrsten Sinema, an Arizona Democrat who was then in the U.S. House, over reminiscent claims of debate moderators jaded by liberal partisanship.

Fast-forward eight years, and Rogers pooh-poohed an invitation to debate her opponent in the District 7 State Senate race, Democrat Kyle Nitschke, on September 21.

Alt-right Republican Christian Lamar, who was convicted of assault against his then-fiancé in Phoenix in 2015, is eyeing the District 2 House seat. He was the only one of five candidates in the district who refused to participate in a debate on October 12.

In District 16, not a single Republican candidate bothered to show up to an August 24 debate. Rob Hudelson, State Representative Teresa Martinez, and State Senator Thomas Shope ducked out, leaving only Democrats Taylor Kirby, running for a Senate seat, and Keith Seaman, running for a House seat, to participate.

“I was so pleased to participate in the LD16 Clean Elections Candidate debate,” Seaman said. “I will always show up for LD16.”

None of the 11 candidates running in Districts 10, 14, and 28 accepted invitations to debate.

QAnon promoters Liz Harris, a local real estate agent turned election “fraud” investigator who conducted a flawed canvass of the presidential election, and Mary Ann Mendoza, an inveterate antisemite who was booted from the Republican National Convention in 2020, have also dodged debate commitments in their bids for the Arizona Legislature.

On the trend of skipping out on debates,Robin Logsdon, a strategist with the Arizona Democratic Caucus, told New Times that he expected the trend to continue, thanks in part to the Republican National Committee’s letter in January. “I’m confident we’ll see more of that,” he said.

All debates are scheduled to air on Arizona PBS’s Arizona Horizon and stream on the Citizens Clean Elections Commission’s YouTube channel.

Other scheduled debates include: