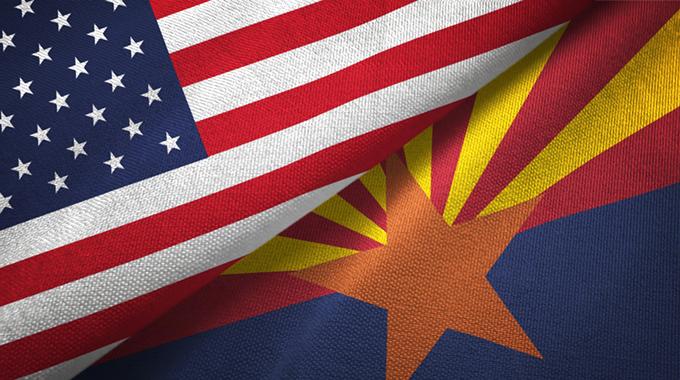 As Richard Pryor once said, “It’s the politics, Baby…”

I had to go to Phoenix last week and I saw a sign on the side of the road that said, “Blake Masters will prosecute Fauci in the Senate.”

Yeah, and he will also have Popeyes Chicken coupons fly out of his butt. You have to wonder just how stupid somebody would have to be to believe that. Actually, it would be the intersection of Stupid and Ignorant on the MAGA Venn Diagram.

Every American should know that the U.S. Senate has zero power to prosecute anyone. Even during impeachments, it is the House of Representatives that brings the charges. During the trial before the Senate, it is House members who do the “prosecuting.” The Senate merely acts as jury.

I read that Masters’ kids are all being homeschooled. That’s probably for the best. That way, the limited information that flows the kids’ way can be strictly controlled. They may never learn about the poisonous nonsense that their dad and his handlers are pushing.

Plus, being homeschooled, they’ll never have to meet any actual African Americans. Because, you know, their dad identified the source of gun violence in the United States as being “Frankly, Black people.”

After Roe v. Wade was struck down by the Gilead Supreme Court, some politicians have been taking unearned victory laps. Even some members of the House of Representatives are trying to share in the credit, even though the House has zero to do with the confirmation of judges and justices.

Most disgusting of all is Florida maggot Matt Gaetz, who has been spouting off about how he thinks that the women who show up at pro-choice rallies won’t ever need access to an abortion. No one will impregnate them because they’re all “overweight and disgusting.”

Yeah, well, maybe the females who Gaetz has been dating might someday want to have authority over their own reproductive rights…you know, after they’ve gone through puberty.

Ever since the primary election, my out-of-state friends are asking, “How can you live in a crazy state like Arizona?”

My response is, “Oh, you mean Arizona; the state that has two Democratic senators, where five of the nine members of the House of Representatives are Democrats, and the state in which Joe Biden won the 2020 election, the recount, and the audit?”

Most Arizonans — of all affiliations — are decent, normal people. It’s just that our fringe people are fringe-ier than Howard Keel’s jacket in “Seven Brides for Seven Brothers.” (That’s an obscure reference, but you can take a few seconds to Google it and you’ll see what I mean.)

The general election is still weeks away and we Arizonans have a chance to show the MAGA crowd and the rest of the country that we don’t buy into that racist, sexist, undemocratic nonsense. After the election, we should round up Finchem and Lake and the rest and invite them to stay in a rehab facility where they can learn what being an American is really about. We can put them all in one building and call it the Kelli Ward.

Welfare for the rich

It is absolutely infuriating when politicians ask the people what they want and when the people make it crystal clear what they want, the politicians turn around and do the opposite, claiming that they know better. Such was the case a few years ago when Republicans in the Arizona Legislature, holding a slim majority, passed the Welfare for the Rich voucher program despite knowing that it was vastly unpopular.

A measure was drawn up and put on the next year’s ballot. By a whopping 2-1 margin, Arizona’s voters smacked down the voucher scam. That should have been that.

But just four years later, this time with the absolute slimmest of margins (31-29 in the House and 16-14 in the Senate), the screw-you Republicans in the state Legislature pushed through an even-bigger Free Money for the Already Wealthy voucher program.

It’s vile and craven, and reaction has been swift. Word is that petitioners have been gathering signatures at a much-faster rate than they did for the 2018 ballot measure. (We need to have some of those mass petition gatherings here in Tucson.)

Now comes word out of Phoenix that a shadow group that goes by Decline to Sign is stalking petitioners and trying to interrupt the petition process, even surrounding would-be signers and telling them not to sign.

I really hope they try to do that to me when it comes time for me to sign. They’re all going to have to go home and use the Urban Dictionary to look up the new words they just learned.

Doug Ducey waited until the last possible moment to sign the bill in a clumsy effort to limit the number of days that the petitioners have to gather the necessary signatures.

At a fake signing ceremony, some guy got up and compared voucher whore Ducey to (wait for it) Abraham Lincoln. At first I scoffed, but then I saw it. At this point in time, both Doug Ducey and Abraham Lincoln have the exact same amount of measurable brain activity.