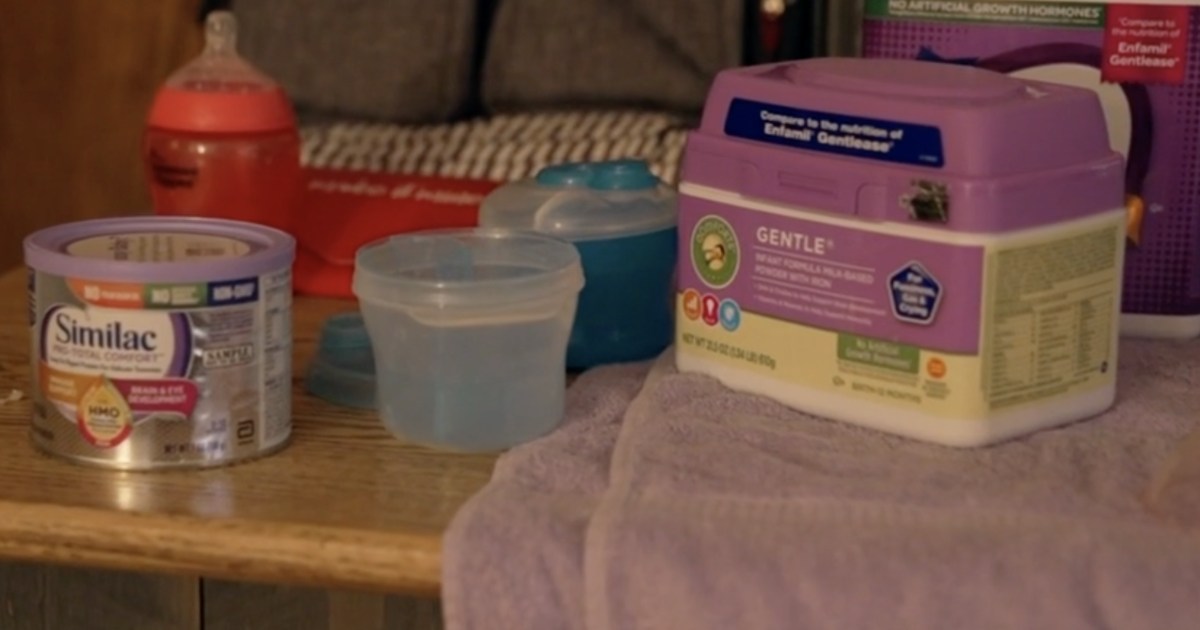 Breanna Dietrich is a mother helping other mothers through the baby formula shortage.

Dietrich started a Facebook page in her hometown of Wheeling, West Virginia to help other mothers find baby formula.

Dietrich’s daughter is 10 months old. The baby formula she uses was part of the February recall that led to the shortage.

As of May 8, 43% of baby formula is out of stock nationwide, according to Datasembly, a company that tracks what’s in stores.

“Scary. downright scary,” she says of the nationwide formula shortage.

Dietrich is a mom of five who relies on WIC, a form of government assistance.

She says it can only be applied to certain types of formulas. WIC does list comparable brands people can buy if they can’t find the one they are used to giving their children.

Vada eats some solids but takes formula every couple of hours.

“I was sitting in my chair crying. I have one can of formula left. I know I’m good for a few days. But I only have a few days,” Dietrich says.

Can parents try a different brand or use a generic version of formula?

“Mixing and matching is OK. It’s important to know the baby maybe a little more ‘spit-uppy,’ they may have a bit of an upset stomach,” Cleveland said. “What we look at is the nutritional value is the carbohydrates and proteins that are on the back of the bottles and containers.”

Cleveland also says it’s important children get the formula meant for their age.

“Really need to stick with formula that is created specifically for a baby by those who are trained to do so,” Cleveland said.

Cleveland said it’s important to call the child’s doctor with any questions and don’t hoard formula because that will make the problem even worse for everyone.

It could be months until shelves are well-stocked again as formula maker Abbott and the FDA work to get production going again.

“At one point I’m like, ‘This is the new normal,’ but I’m also like, ‘Are you serious, it’s still not here'” Dietrich laments.