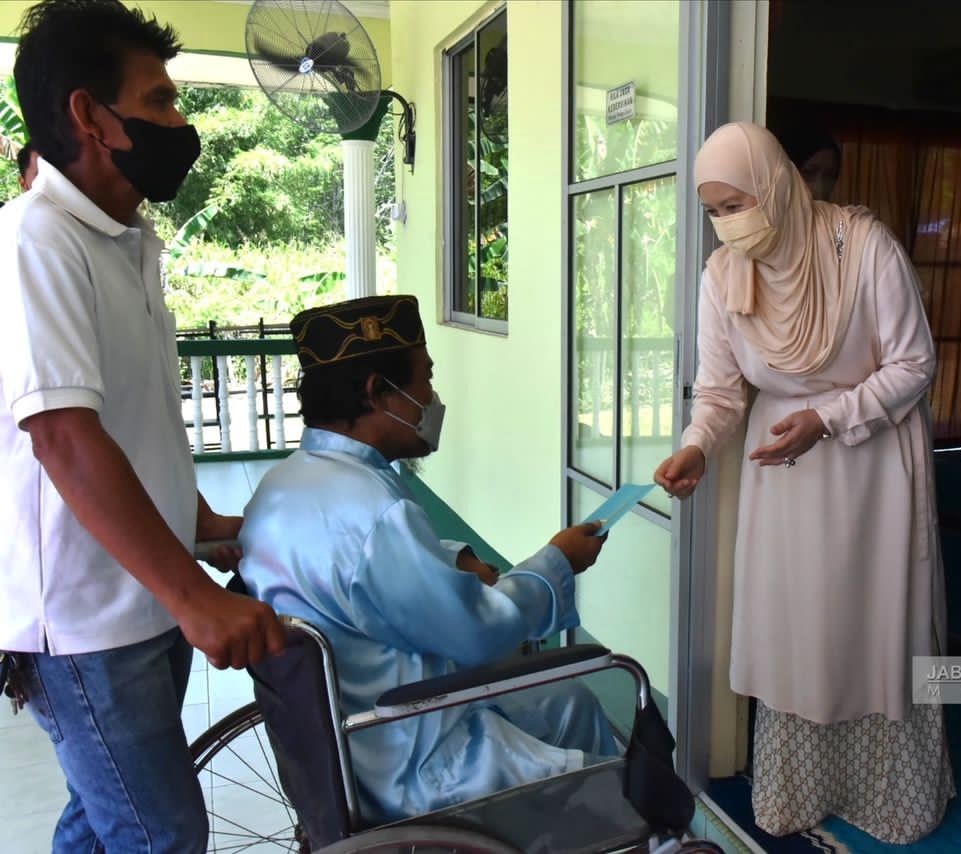 Rashid (in wheelchair) accompanied by Jamil receiving the donation from Toh Puan Norlidah.

PAPAR (April 17): Rashid Mukreh who lives alone in a dilapidated house in Kampung Kabang here is hoping that his children will come and visit him during the Hari Raya Aidilfitri celebration this year.

The twice divorced father of five has lost contact with his children, four from his first marriage and one from the second.

Rashid, 58, who said he misses his children, especially during Aidilfitri, has been living alone in Kampung Kabang for more than a decade.

“I miss them and now only have the memories of them,” he said after receiving the donation from Yayasan Nur Jauhar (YNJ) recently.

His brother-in-law Jamil Dullah, 53, said his wife had been caring for Rashid since his divorce.

“This contribution by Yayasan Nur Jauhar (YNJ) eases the family’s burden and also helps Rashid in preparing for the Aidilfitri celebration,” Jamil said.

Meanwhile, chairman of the An-Nur mosque in Kampung Kabang, Husin Ramlan, 56, also expressed their gratitude and appreciation to YNJ’s advisor and Head of State Tun Juhar Mahiruddin’s wife, Toh Puan Norlidah R.M Jasni, for visiting them and handing over the donations.

Husin expressed hope that the 40 recipients of the donation from Kampung Kabang and Kampung Kawari will enjoy the benefits it brings to them.