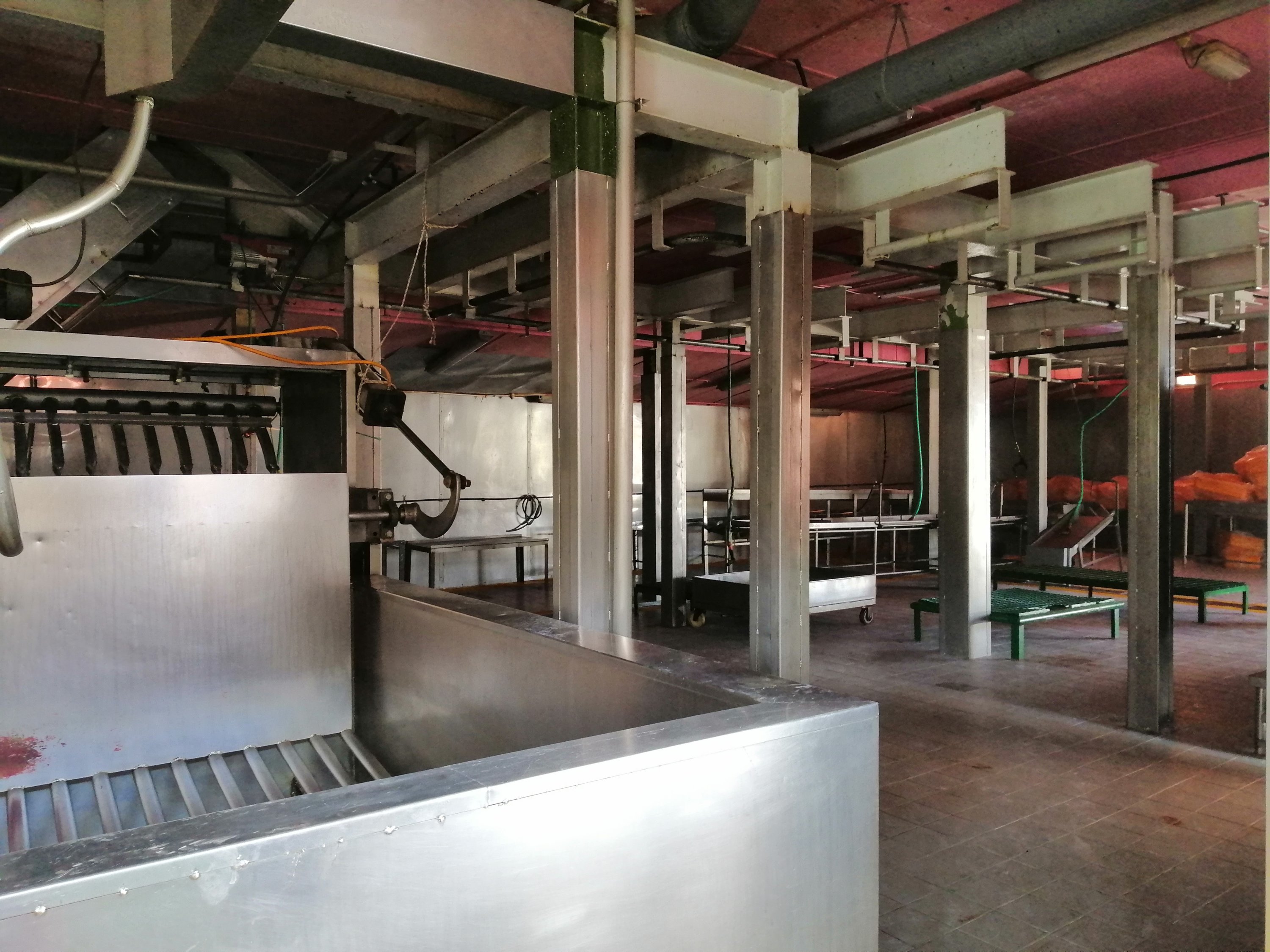 The interior of the Krokop Slaughterhouse that was cleaned thoroughly and sanitised.

MIRI: The Miri Veterinary Services Department is investigating claims that the slaughtering of pigs here for the market has gone underground after the city’s only abattoir was closed on April 6 due to the African Swine Fever (ASF).

The department’s spokesman confirmed, when contacted by The Borneo Post, that they had received complaints on unlicensed pig slaughtering activities by pork sellers and investigations have been launched.

“Samples have also been taken from pigs (in the market) in our investigation,” the spokesman said.

Earlier today, Nexlot Sdn Bhd contractor Chin Thien Teck, the operator of Krokop Slaughterhouse, which is the sole abattoir here, expressed concern over claims that some pork sellers were resorting to slaughtering pigs themselves on their private premises.

He said the questionable cleanliness of such unlicensed operations could worsen the ASF outbreak here.

“My concern is that our premises are licensed under the Miri City Council (MCC) with daily inspection by MCC personnel. All procedures are documented and recorded. Therefore, any issue related to the pork’s safety will be made known by the authority immediately.

“Those who are looking for their own alternative to continue to generate income during the two-month closure may be doing this (pig slaughtering) unlawfully, and it may cause the ASF to spread even further if not tackled properly,” said Chin.

The Krokop Slaughterhouse at Krokop 2 was ordered closed since April 6, 2022, by the State Veterinary Services Department (SVSD) after the ASF virus was detected in its pigs. The premises is expected to remain closed until June 6, 2022.

During the closure, Chin said thorough sanitisation and repair works on the floor, ceilings and walls of the abattoir have been done to ensure that it met the requirements set by SVSD.

He said all the necessary works had been carried out in ten days, including the usage of sanitising powder for the exterior of the premises, resurfacing the floor to eliminate water puddles on the floor and all equipment were also replaced with new ones.

“Since the ASF was first detected in Sibu in January this year, I had installed a sanitising spray at the entrance gate using Chlorine solution to sanitise all trucks bringing in the pigs. Any person must also clean their shoe soles by standing on a tray of chlorine solution at the front gate before stepping inside the premises,” said Chin.

Additionally, he said the abattoir has established a systematic cleaning system, by desludging the manhole used to dispose of leftovers from the slaughtering process such as pig’s blood, hair, and excretions. The monthly desludging service cost about RM1,200 each time.

As the slaughterhouse depended on daily slaughtering activity, Chin said all his 25 workers were unable to work during the closure.

“As a licensed premises, we abide fully with the law, by taking all the measures strictly. We do hope that they could see our effort in tackling the ASF and at the same time, to see how ASF had forced some to have taken unlawful alternatives to generate income,” said Chin.

He hoped that the SVSD and MCC can review all safety measures they had taken and to allow the reopening of the abattoir, so that the pork supply could resume.

Chin also said that while part of the slaughtering process was still manual, the abattoir would be fully mechanised by mid-June after the new machinery have been installed.

“We want to make it a fully machine-operated modern slaughterhouse, to provide better and hygienic pork supply to Miri people,” said Chin.