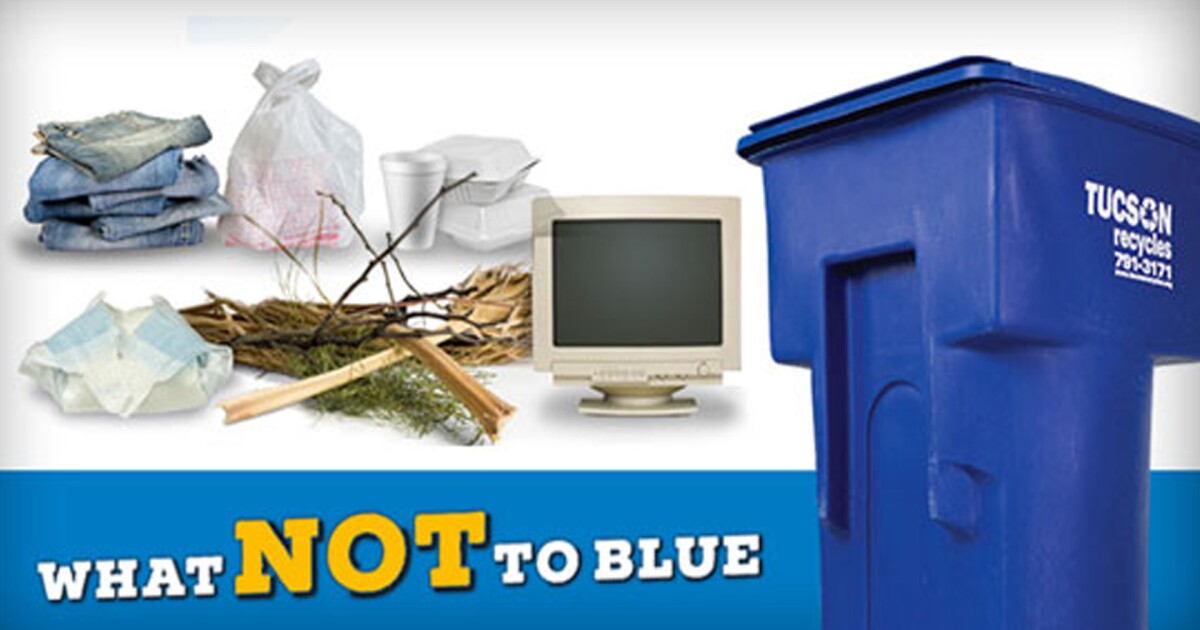 TUCSON, Ariz.(KGUN) — According to Ward 6 Councilmember Steve Kozachik the city is spending thousands of unnecessary dollars in tax money to cover the cost of having the wrong items tossed into recycling bins around town.

“All it’s doing is hurting the system, hurting the taxpayers and the people who are doing it right. It’s costing us $30,000 per month right now in contamination fees. The taxpayers are paying $360,000 per year because people are throwing improper items in the recycle bin,” Kozachik said.

The situation is getting worse environmental services has also been checking things out to let people know when they misuse their bins.

“That can be everything from styrofoam to dead animals to dirty diapers to old clothes. We had a program where we sent the environmental services people out and they targeted some areas. Random areas to look at peoples recycle bins on a weekly basis. If they find improper items, they would tag the bin of the homeowner saying this what you’re doing wrong please correct your behavior,” Kozachik said.

As for penalties, the city is communicating with violators at apartment buildings and homes to clean things up.

“We have support from the council saying look if someone is continuing to violate it remove their recycling bin. We’re working with management letting people know what you can and can’t do. My sense though is that some of the stuff that we’re finding in there, those people those people aren’t going to change their behavior,” Kozachik said.

——-
Shawndrea Thomas is an anchor and investigative reporter for KGUN 9. Shawndrea is living her dream as a journalist who’s passionate about making a difference. Share your story ideas and important issues with Shawndrea by emailing shawndrea.thomas@kgun9.com or by connecting on Facebook, Instagram, and Twitter.