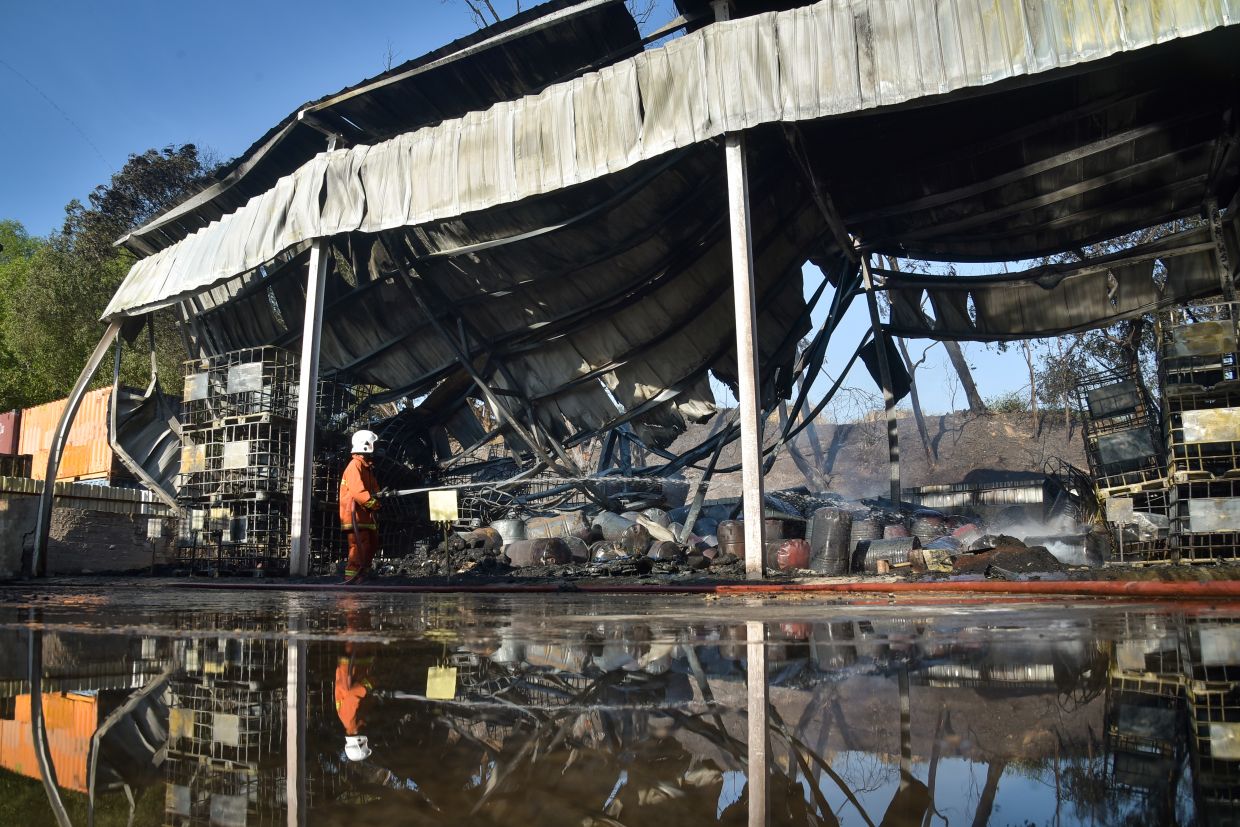 Fireman dousing the fire at the chemical warehouse in Labuan.-Bernama photo

People living in the nearby villages reported hearing a number of loud explosions as smoke filled the island’s skyline for a number of hours.

In the 2.30 pm incident, no casualties were reported but the warehouse which was used to store oil and gas-related hazardous chemicals, was completely destroyed.

At least 36 firemen from the fire stations of Rancha-Rancha, Layangan, Labuan Sentral and the headquarters were despatched to the scene to put out the blaze.

Labuan Fire and Rescue Department director Ismaidi Ismail said the fire was noticed by a warehouse worker who alerted the authorities minutes after the incident.

“When our firemen arrived, they saw very thick smoke which signified that the fire had been spreading for quite some time.

“They managed to control the fire from spreading to another warehouse storing industrial chemicals within one and a half hours,” he told Bernama.

He said an investigation is being carried out to determine the cause of the fire. – Bernama