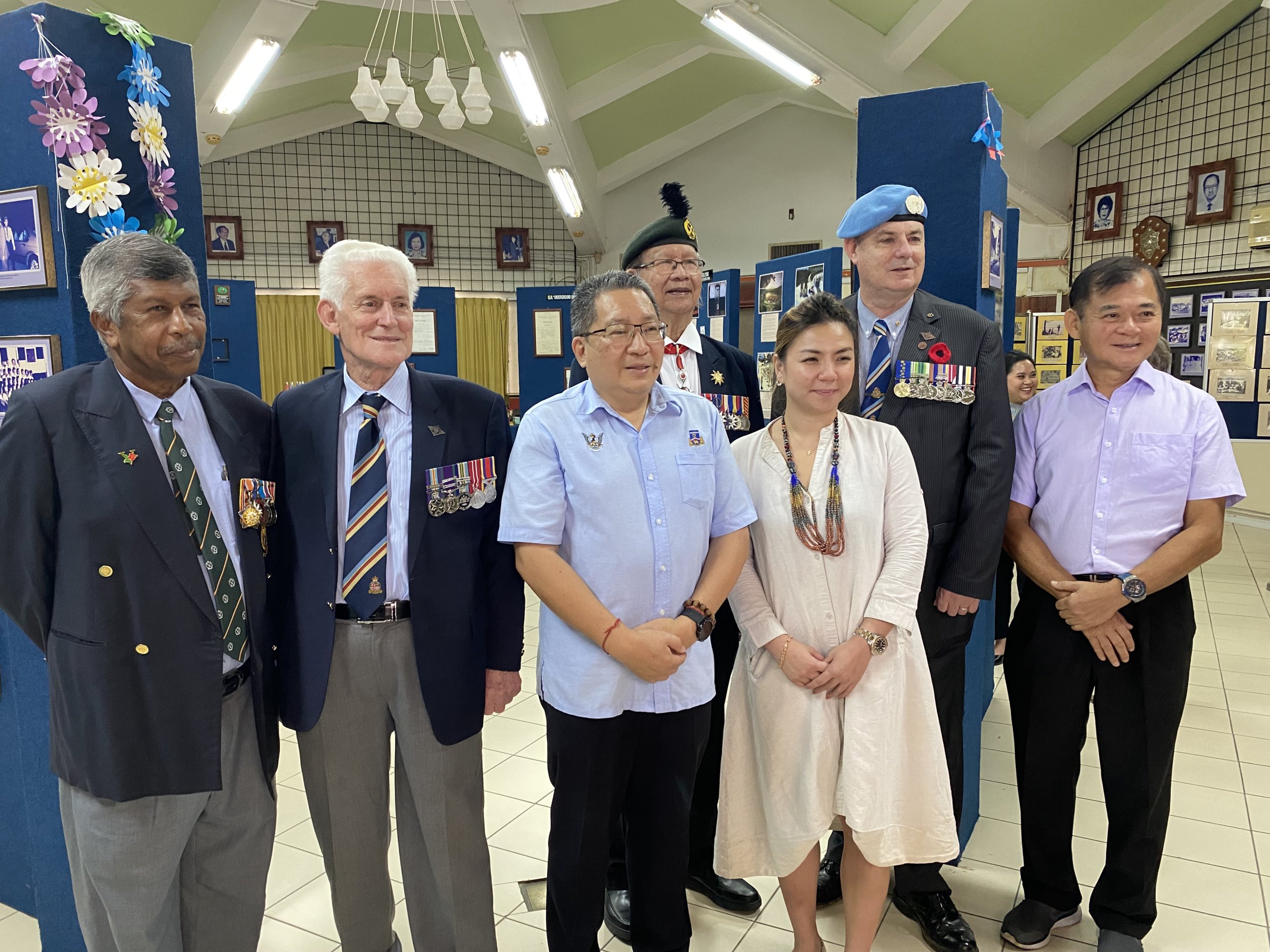 (From left) Ratnam, Cameron, Wee, Wong, Fiona, Rosenzweig and Ting pose for a group photo at the POW Museum prior to the commemoration service ceremony.

KUCHING (Sept 11): The Sarawak government should consider setting up a better established memorial park in the state to commemorate fallen heroes who lost their lives during the war, suggests Australian honorary consul to Sarawak Datuk Philip Ting.

He said the state can do more to remember and honour the unsung heroes who sacrificed their lives for the independence of Sarawak and the way of life enjoyed by the people today.

“Many of the war veterans are in their 80s now and these are the group who served during the (Indonesian) Confrontation from 1963 to 1965 which was about 60 years ago and they were probably in their 20s then.

“They are very concerned that the next generation understands this and we in Sarawak should also make an attempt so that our children and grandchildren understand the sacrifice our grandparents made to defend Sarawak and secure the kind of life we have,” he said.

He said during his visit to Adelaide four months ago to honour former NMBVAA president, the late Brian Shelby, he observed that various events and ceremonies were held there to remember the fallen.

“They would also hold up the Sarawak and Malaysia flags during the ceremonies but nobody in Sarawak seems to know about that.

“They care more about Sarawak and Malaysia than many of us here do about them so I think we need to really reciprocate the kind gesture these people have made,” he said.

Ting said the commemoration service next year would probably be the last visit to Kuching for many of the war veterans due to their age.

“They wanted it to be the final farewell and, at the same time, they are hoping that the younger generation such as their children and grandchildren will keep coming back to see the history of the state.

“So we should do something about it and we got one year to plan ahead for the event,” he said.

At the ceremony, NMBVAA president Major (Rtd) Paul A. Rosenzweig alongside vice president Don Cameron and Kuching South Mayor Dato Wee Hong Seng laid wreaths at the memorial site to honour the 71 Australians who died during the two undeclared Malayan wars, particularly those who died here at the Batu Lintang POW Camp.