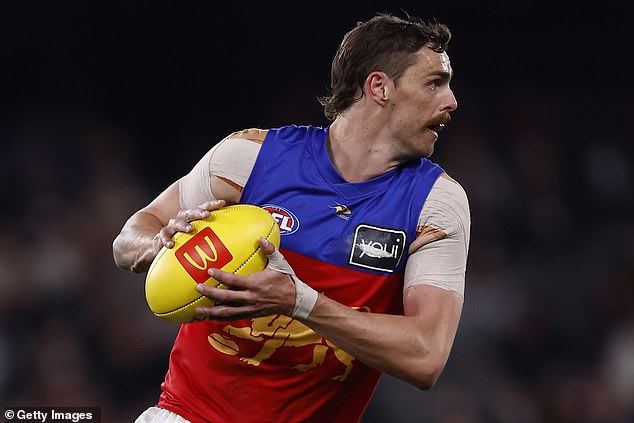 The Brisbane Lions’ have been dealt a hammer blow in their AFL semi final against the Melbourne Demons tonight with superstar forward Joe Daniher ruled out because of the birth of his first child.

Daniher’s partner is in labour and the star forward has sacrificed his place in the must-win clash against the Dees so he can be by her side.

The Lions star had travelled down with the team on Thursday for the clash, but returned to Brisbane on a flight from Melbourne at 10am today.

Daniher is ultra-protective over his personal life, with his social media accounts locked to only close friends and family.

The Lions confirmed that Daniher, who kicked the winning goal in the club’s elimination final against Richmond last week, had been omitted because of ‘family reasons’.

The official team sheet for tonight has Daniher ruled out of the final 22 for the clash at the Melbourne Cricket Ground for ‘personal reasons’.

The Lions have named Tom Fullarton as his replacement.

‘The Club supports Joe’s decision to be with his family at this time and respects their privacy,’ the Lions said in a statement.

Kai Lohmann has been named as the fourth emergency, alongside Ryan Lester, Rhys Mathieson and Jaxon Prior.